Flush with miles and some earned perks, we decided to burn them up and celebrate our anniversary and New Years Eve in Sydney. It was a whirlwind for me – we left 12/28 and I was back on 1/2. Wife stayed on as our youngest daughter met her there shortly after I left and they spent a week in Tasmania (her plane literally crossed mine).

We do “blitz” travel well. Happily, I’d been before so I knew what Inwanted to do.

We actually arrived on the morning of our anniversary, and most of the day, took no photos. We ate at a delightful high end Vietnamese restaurant that evening and chose to walk back to our first hotel through Hyde Park.

We saw this little dude along the way. I’m given to understand that this is sort of a special sighting. 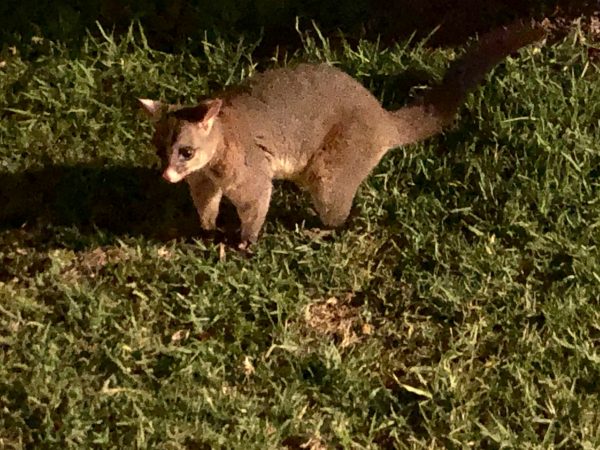 We actually managed to go to the beach every day we were there. In Sydney, the ferries are a vital part of the transport network, and you use one card for everything – trains, subways, buses and ferries. They’re cheap and quick. This was a view toward the Quay at the center of the city (most of which is built out in filled-in land). 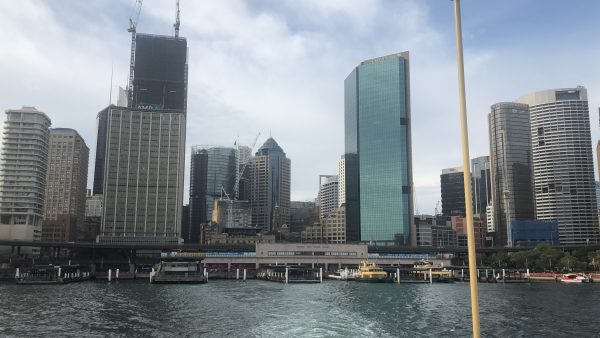 The water was, in my vernacular, rough as shit. Stayed that way the entire time I was there. Generally speaking, the lifeguards spent all of their time yelling at people who were trying to drown by swimming outside whatever temporary swimming areas they deemed less deadly in a narrow band.

Literally, we’d go there for three hours, and there would be 3-4 rescues. I stepped in to my knees in a “safe” area, said “I’m going to die, and then ran in.

Anyway, water safety is really big for the people of Sydney. We saw countless water safety classes full of kids of about 8-10 learning lifesaving and swimming skills in rough water as they hauled body boards with them – I thought it a brilliant concept. 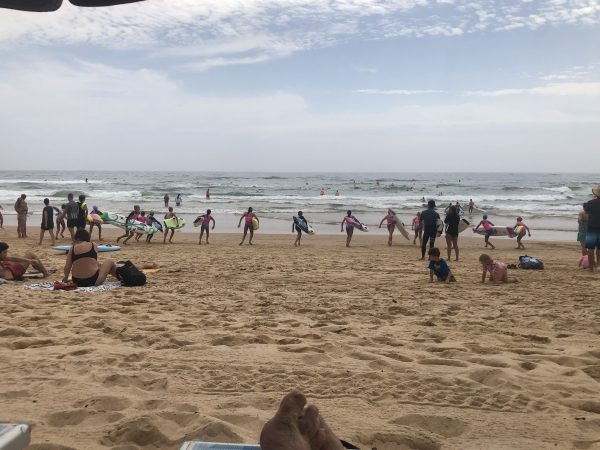 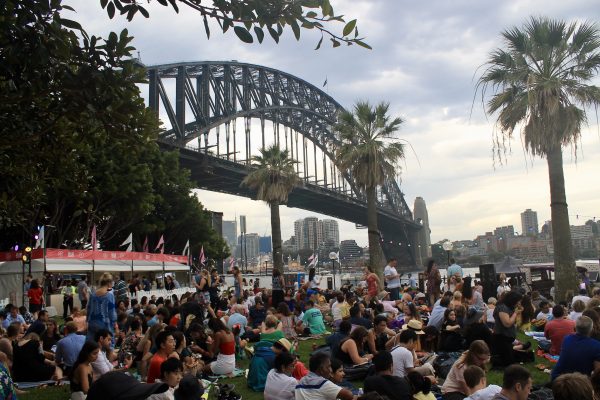 So a bit of misidentification on the previous photo – the green space was between the Park Hyatt and the bridge.

Anyhow, at about 6:30 pm or so, a monsoon opened up. This was the wettest I’ve ever been… 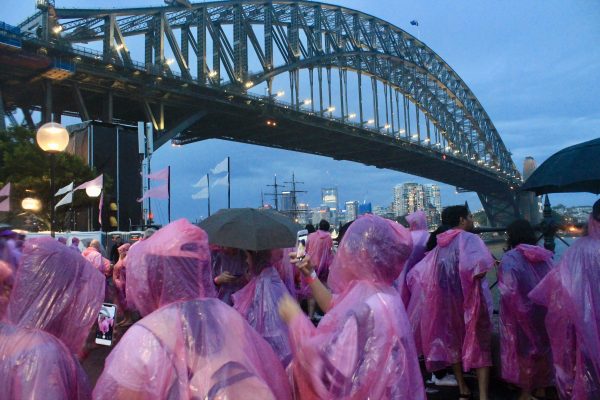