Just a brief note on tech issues with previous submissions that got eaten. We’re working on restoring them; I’ve gotten a few Wed and Thursday that are fine, and next week I’ll post some that came in via email.  I am not sure how successful we’ll be in restoring the lost ones, but I’ll have more info soon.

Have a great weekend, everyone. We’ll run part two of this submission next week. Please note, Origuy, the last picture didn’t come through (“the gate”) so I removed that section.

At the end of 2012, my friend Natasha told me that she was going to spend a month in Moscow, to visit her mother and take care of some business. She told me that her mother would be driving her crazy after two weeks and invited me to join her for the last two weeks.

Originally, the plan was to stay with Natasha and her mother, but once she got to Moscow, she discovered that her mother had become something of a hoarder and had dogs that didn’t like strangers. So they set me up with her mother’s best friend Luda, who had a big apartment on the opposite side of Moscow. She also had big dogs, but they turned out to be friendly. Luda spoke very little English and I spoke a little more Russian, but we managed.

One day, Natasha, Luda, and I, along with Natasha’s nephew Saava, went to a small city outside Moscow called Sergiyev Posad. It’s about an hour by train from the Yaroslavsky railway station, one of the cities that make up Moscow’s Golden Ring. 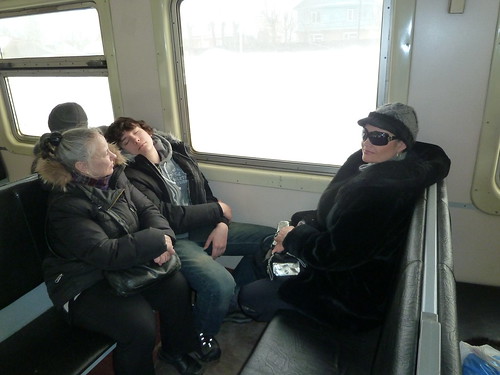 Sergiyev Posad is sort of the Vatican City of Russian Orthodoxy. It grew up around one of the largest and
most important monasteries, the Trinity Lavra of St. Sergiu 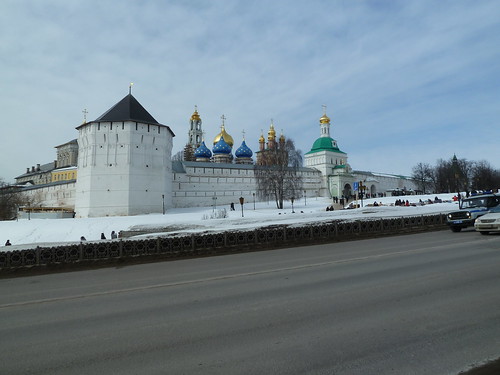 On the way to the monastery, you come to a small shrine enclosing a spring which is supposed to have healing powers. You can buy bottles of the water or just dip your hands. I didn’t bother, and I was the only one of us who didn’t get sick later. 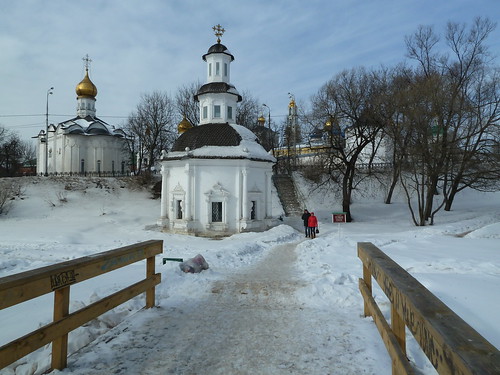 Thank you so much Origuy, do send us more when you can.