On the personal front, my FIL was today finally discharged and is happily home with his faithful dog and the simple comforts of normality. 20 days in the hospital is quite a lot, I mean, just wowzers! He is doing well and now has a pacemaker and is on the mend. Thankfully the extended stay only resulted in a rash that appeared in the past few days, and it’s responding to treatment. We welcome this mild assault as opposed to any number of other nasties floating and crawling around hospitals whose likelihood of getting you goes up with time spent.

As for this feature, except for an open thread, there’s nothing Thursday or Friday. As the cupboard is a bit bare, submissions are encouraged as I work through some email-submitted ones next week.  For most purposes, please use the form.

Have a great day, open thread!

Gather round fellow jackals, it’s Milky Way season again! Here in Southern California, Milky Way photography(well astrophotography in general) has been hampered by clouds and rain so far this season. Some of the shots I wanted to attempt have fallen victim to the weather(timelapse of the Milky Way rising followed by the sunrise). But don’t despair fellow jackals, I’ve found a few clear nights to prowl about some familiar locations.

While it’s not the best conditions to shoot pictures of the Milky Way’s galactic core with the moon in the sky, it’s possible and even makes a great shot. I got out to Twin Bush(about a hour’s drive from Glendale) just as the crescent moon was beginning to rise. 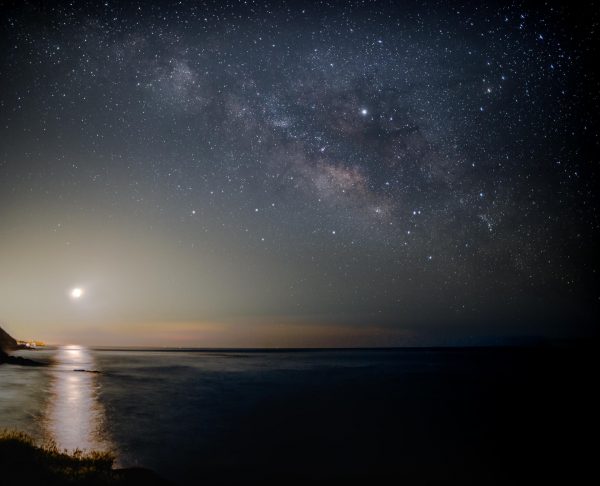 More people have viewed this photo than any other photo I’ve taken. Over 20,000 folk over at Flickr have viewed it. This was shot looking towards LA(that’s the glow in the distance) with the Milky Way curving around it and traffic light traces on PCH.

(Sorry Baud, the one with the poles was more popular.) 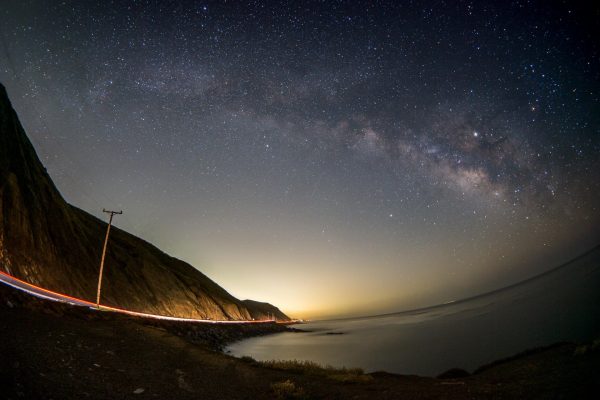