Sorry about yesterday’s post, I got in late and was too pooped to deal with anything. I’ll run Bill’s submission next Wednesday – so sorry, Bill!

Southern Croatia has a dramatically different and more Mediterranean climate, reminiscent of California. My next stop was in Split, a major harbor city, which is famous as the home of Diocletian’s Palace, erected by the Roman emperor in the 4th century as his retirement villa — and by “villa” we’re talking about a 7-acre palace/military garrison.

Once home to up 9,000 people, its sprawling remains include more than 200 buildings. About half of “old town” Split is within the 60 to 72-foot tall white stone walls and includes a cathedral and numerous shops, bars, cafes, hotels and houses.

The bell tower is part of the cathedral in the middle of Diocletian’s Palace. The red-roofed building to the right of it, sits along the walls of the palace. 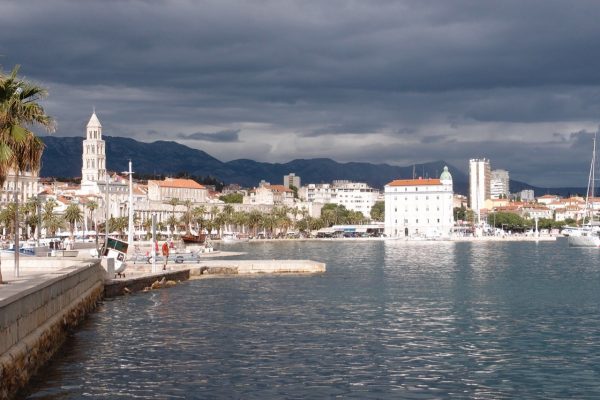 Just a small fraction of the massive cellars underlying the palace, some used for storage, others as cisterns. 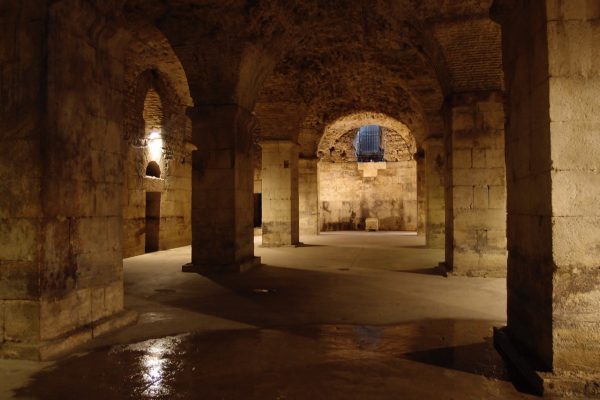 The modern-day interior of the palace is crammed with shops and cafes squeezed in among the parts of the palace that are still standing. 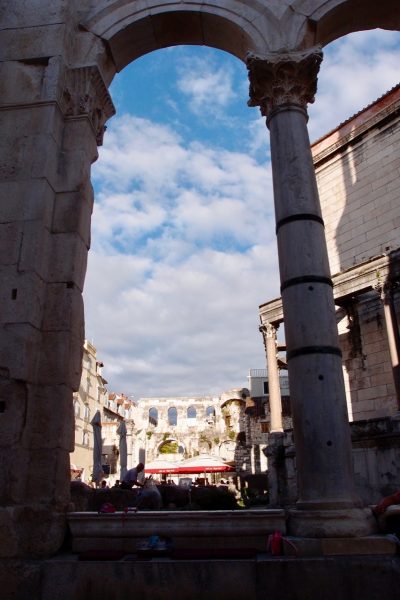 A bit mind blowing to think that the walls here are about 1,700 years old. 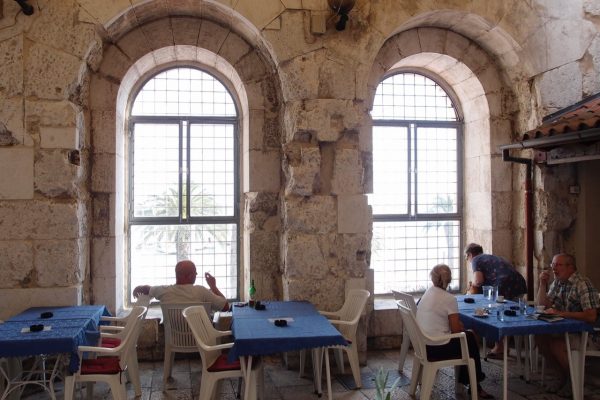 The church and monastery of St. Frane (St. Francis), outside the palace, is a mere newcomer, having been built in the 1200s. 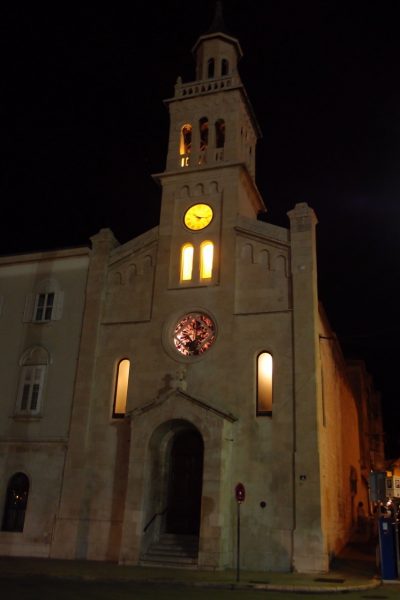 Thank you so much Sister Golden Bear, do send us more when you can.