Have a wonderful weekend and enjoy the pictures!

During our trip to Ecuador with students in our Study Abroad class, we spent some time at a place we had not visited before – the Tiputini Biodiversity Station deep in the Ecuadorian Amazon rainforest in Yasuni National Park. This is one of the most biodiverse places on the planet, and thus is very remote. To get there from Quito we took a 45 minute plane flight to Coca, then a 1.5 hour boat trip down the Napo River to a point where we could catch a bus to take us from the Napo to the Tiputini River. The bus ride took about 2 hours, after which we loaded onto another canoe and went for two more hours downriver to the station. While we were there we heard and saw many critters, including some of the 100+ species of bats that make this spot famous (or infamous). And we got rained on, several times. But it is very hard to take pictures of birds in a rainforest; the density of photos is very low at the bottom of that tree canopy. So these pics are not all birds, but I hope you enjoy them nonetheless! The next couple of picture submissions will be some images from the Galápagos.

This three-toed sloth was spotted by one of the guides as we traveled along the Tiputini River in the morning, and was still there in the afternoon. It never put its head out so that I could get a picture of the complete critter, but I suspect that it really doesn’t care about my problems. 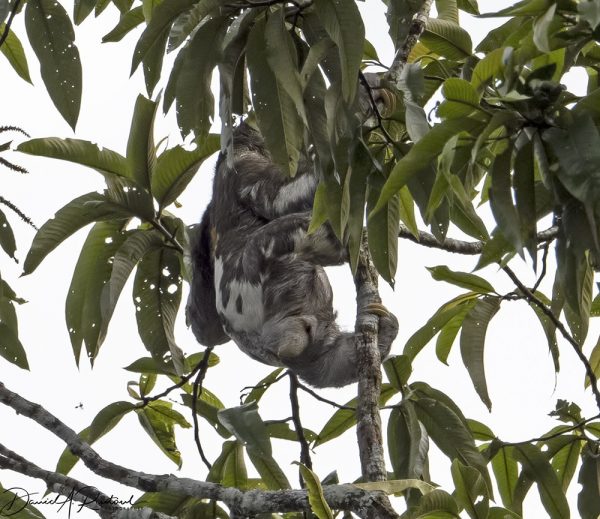 This is one of the target birds for anyone visiting the Amazon River system, the Hoatzin, aka dinosaur chicken. It is a chicken-sized bird that has a unique diet; it eats leaves. Therefore it has a long digestive tract like any other herbivore, and emits copious flatulence. A couple of times we knew they were in the vicinity when we caught a faint whiff of something that smells a lot like the feedlots here in the Great Plains. 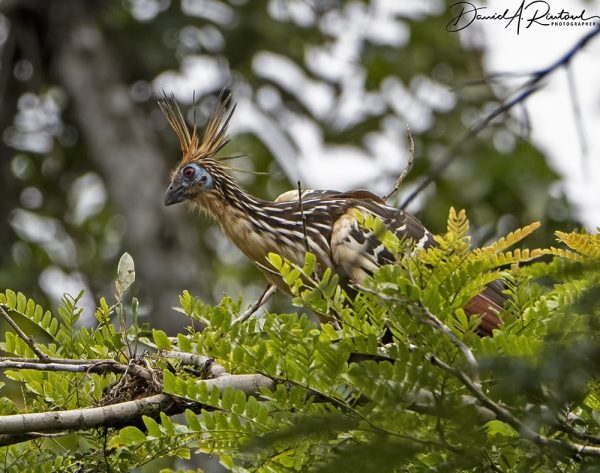 This squirrel monkey was in a troop of monkeys who were traveling along the river as we were floating downstream. All in all the group saw 6 species of monkeys, including the smallest monkey in the world, the pygmy marmoset. No pics of that one, alas. 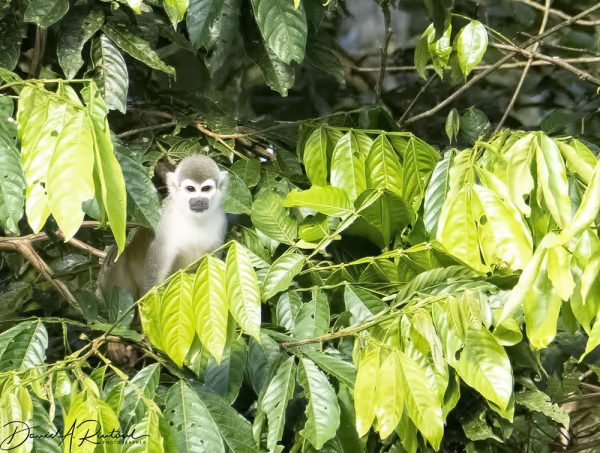 This large woodpecker is the Crimson-crested Woodpecker. It’s a good-sized bird, slightly smaller than the Pileated Woodpecker found in North America, and has a loud characteristic 4-tap drumming sequence that we heard quite often in all parts of the forest. 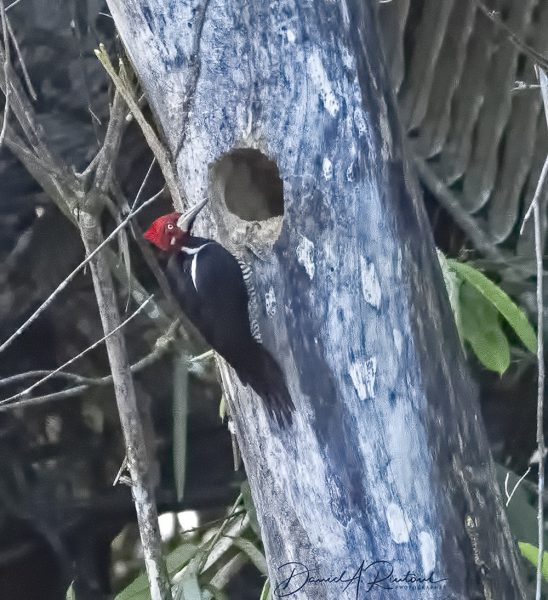 This handsome fellow is a Violaceous Jay, another bird that we heard a lot more often than we saw. It’s not a great picture, but this was a life bird for me and I even IDed it before the guides spotted it, so I’m including here simply for the gloating! 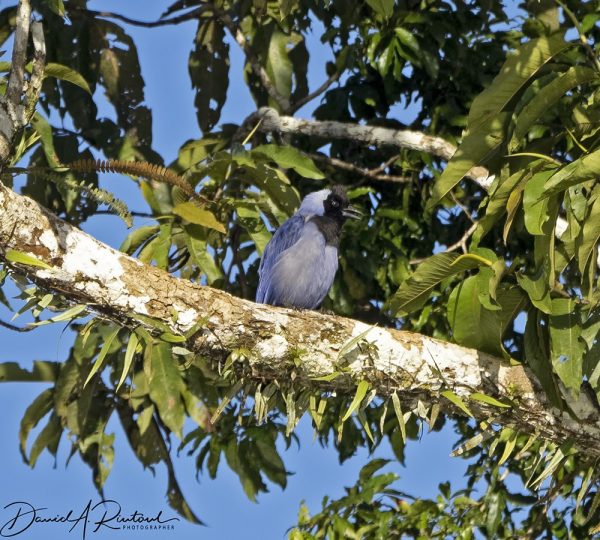 With the upcoming site redesign, there will be many changes and so email submissions are over for now. Once it happens – in weeks, I imagine, there will be a slight interruption while we sort things out. So if you’re sitting on some pictures, now’s the time to submit them, using the form.