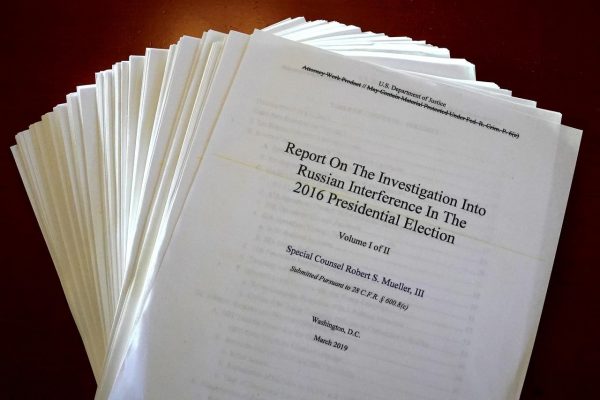 This section lays the basis for and scope of the investigation. It first cites Rod Rosenstein’s Appointment Order. (The report uses more capitalization than I usually do. It is helpful in pointing to specific documents.) The subjects of investigation are:

(i) any links and/or coordination between the Russian government and individuals associated with the campaign of President Donald Trump; and

(ii) any matters that arose or may arise directly from the investigation; and

That’s a big investigation. Mueller inherited parts of this from the ongoing FBI investigation. It speaks to Mueller’s care that he confirmed with the Acting Attorney General that the bulleted points were indeed to be investigated. Two district court cases have confirmed the office’s authority to investigate these matters.

The Special Counsel’s office operated like a US Attorney’s office. The Office made its own judgements about what to investigate within the stated parameters and, for example, didn’t chase down every news item about a Russian contact with the campaign.

“Certain proceedings associated with the Office’s work” continue and have been transferred to the Department of Justice and the FBI.

The Special Counsel’s team at its max:

They worked alongside approximately 40 FBI agents, intelligence analysts, forensic accountants, a paralegal, and professional staff assigned by the FBI to assist the Special Counsel’s investigation.

The FBI also embedded personnel at the Office who did not work on the Special Counsel’s investigation, but rather reviewed the results of the investigation and sent written summaries of foreign intelligence and counterintelligence information to FBIHQ and FBI Field Offices. Not all of that information is included in this report.

This ends the preliminary materials in the report. They are important because they tell us some things about what Mueller thinks is important (that Russia interfered in the 2016 election) and how he went about the investigation.

Washington Post: Was Mueller’s dodge on obstruction a blunder — or brilliant?