Ok, it looks like my concern about the new site launching very soon is a bit off, sounds like it will be weeks, not days. I’ve got a bunch of submissions, mostly multiple sets from a few folks. Please do continue to submit pictures, but don’t feel like it must be now.

Have a wonderful day and weekend, enjoy the pictures!

We are once again blessed with some amazing pictures, and though I love the new Friday tradition, I do miss otmar – please come back! ;)

The second of 2 sets of five pictures from San Cristobal, and then some from Española. Enjoy!

Did you know that when pelicans yawn, they often bend their neck and then stretch their open pouch on top of that bent neck? Neither did I, but I watched this Brown Pelican do it several times, and it makes for an amusing photo! 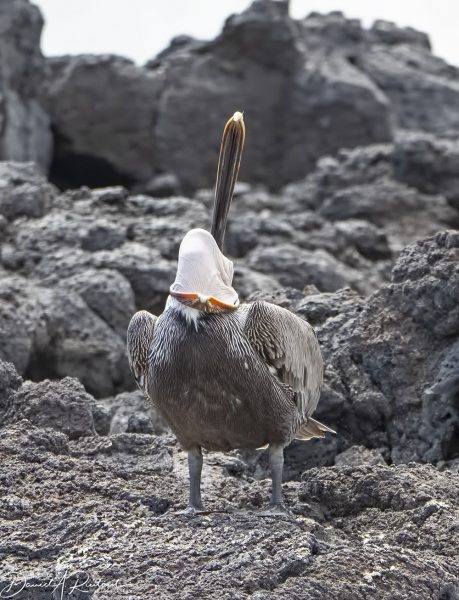 The Yellow Warbler of the Galápagos (Setophaga petechia aureola) looks very familiar to North American birders. Other than having a rusty red cap, it is nearly identical to the Yellow Warblers that breed on this continent, including right here in Kansas. Genetic studies indicate that this subspecies is most closely related to Yellow Warblers from the Cocos Islands off the coast of Costa Rica (S. p. xanthotera) and the so-called Mangrove Warbler of Central and South America (S. p. erithachorides). Interestingly, the genetic data indicate that the warblers only arrived in the Galápagos about 250,000-300,00 years ago, compared to the estimated arrival time of the Darwin’s finches (2-3 million years ago) and the Galápagos mockingbirds (2 million years ago). This means that the warblers on different islands have not had time to go through adaptive radiation to generate new endemic species for the various islands. They look pretty much alike, regardless of which island you observe them on. Indeed, even birds on the Cocos Island have no discernible morphological differences from those in the Galápagos, even though the genetic data say that Galápagos birds probably came from mainland populations (erithachorides) rather than from the Cocos Islands. Some interpret these data to indicate either that the Cocos and the Galápogos Islands were colonized by Yellow Warblers at about the same time, or that the Cocos Island birds are actually descendants of wandering Galápagos warblers. 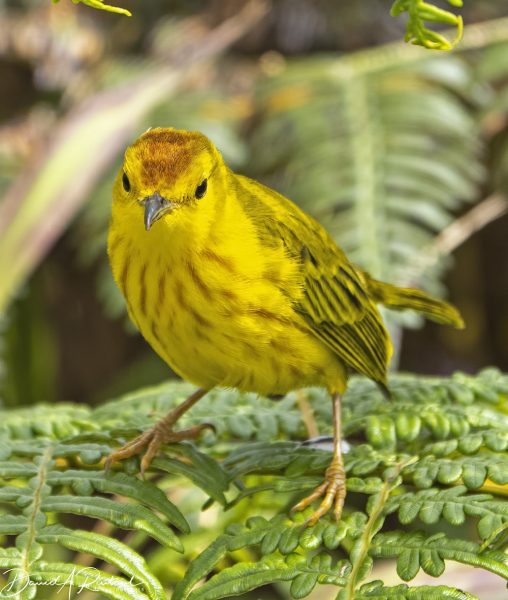 An endemic seabird, the Galápagos Petrel is either a separate species or a subspecies of the Dark-rumped Petrel, depending on which taxonomists you trust. Regardless of that status, the population in the Galápagos is critically endangered, estimated to total about 10,000-20,000 breeding pairs in the entire archipelago. 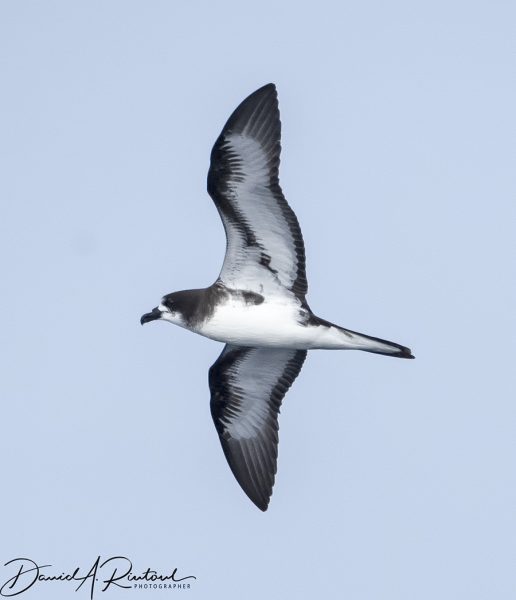 The Red-billed Tropicbird is a favorite species of many birders, and is found in many places around the world. Nowhere is it considered to be abundant or common, however. It is always in flight, rarely alighting on the sea, and thus is a challenge to photograph. This is the best I’ve managed so far, but I think I will keep trying for a better shot. 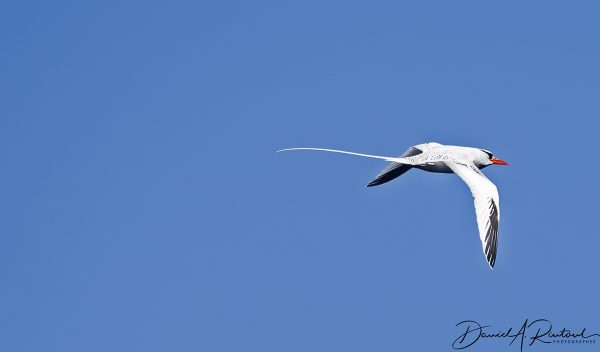 This Common Noddy Tern is posing nicely in front of a formation called variously Kicker Rock or Leon Dormido. The rock is a popular scuba and snorkeling destination, and our group found five species of sharks, as well as spotted eagle-rays, in the water there. 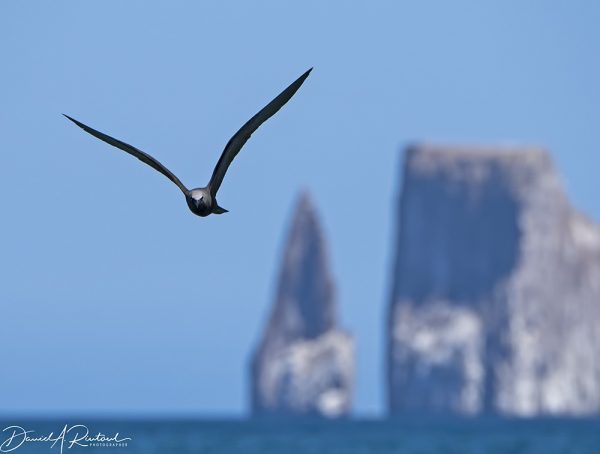