Ok, it looks like my concern about the new site launching very soon is a bit off, sounds like it will be a week or more, not days. I’ve got a bunch of submissions, mostly multiple sets from a few folks. Please do continue to submit pictures, but don’t feel like it must be now.

No, it’s not Friday, but, you know, life is tragically short – Albatrossity Tuesday it is!

Our last full day in the Galápagos was spent on Española Island, an uninhabited island a couple of hours by boat south of San Cristobal. The wildlife there is spectacular, and well worth the trip. Here are some of the sights from that day.

On our boat trip we encountered a large pod of cetaceans that we originally thought were bottlenose dolphins, but they didn’t behave like dolphins, and also seemed to be bigger and bulkier. One of our party identified them as false killer whales, but upon inspection of the images I obtained, I think that they are another species, the melon-headed whale. The dorsal fin shape and the fact that the flippers were pointed rather than rounded is more consistent with that ID. Regardless of whether these were false killer whales or melon-headed whales, it was an exciting sighting of a very uncommon cetacean. 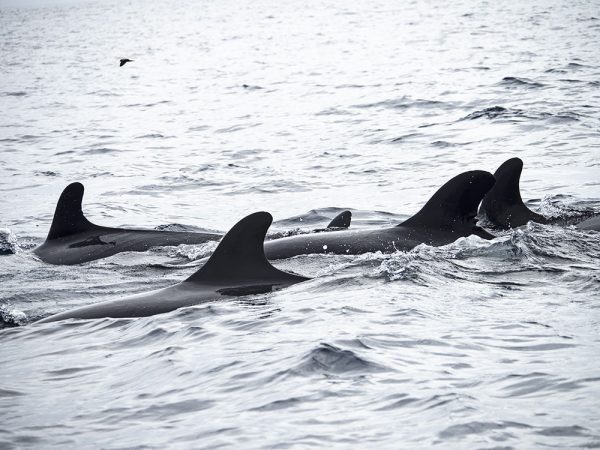 The Galápagos Hawk is not a common resident on the inhabited islands, but there are several on Española. There are estimated to be only 100-150 breeding pairs in the entire archipelago. This one was perched on the coastal warning light when we arrived, and later came back so that I could collect a flight shot. 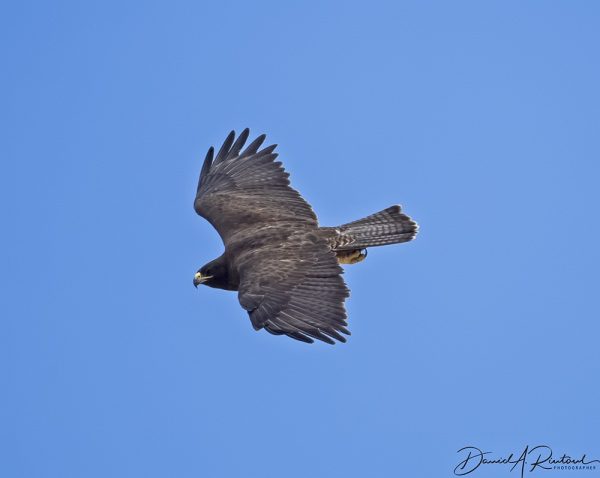 Another very common bird on Española is the Galapagos Dove. Smaller than our Mourning Dove (about the size of the Inca Dove found in the US southwestern states), it is very colorful and photogenic. 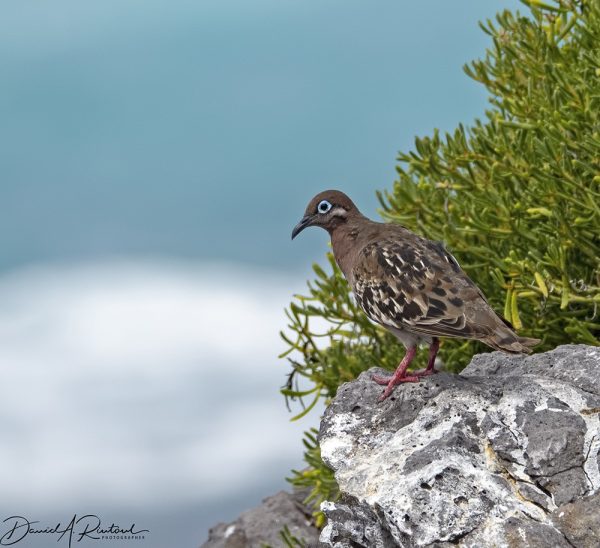 The Española (Hood) Mockingbird is another common species on this island, and it seemed to be the end of the breeding season for these guys, as we saw quite a few young birds begging from the haggard-looking parents. Longer-legged and with a more curved bill than the San Cristobal Mockingbird, these guys are justly famous for their place in the history of the theory of evolution. 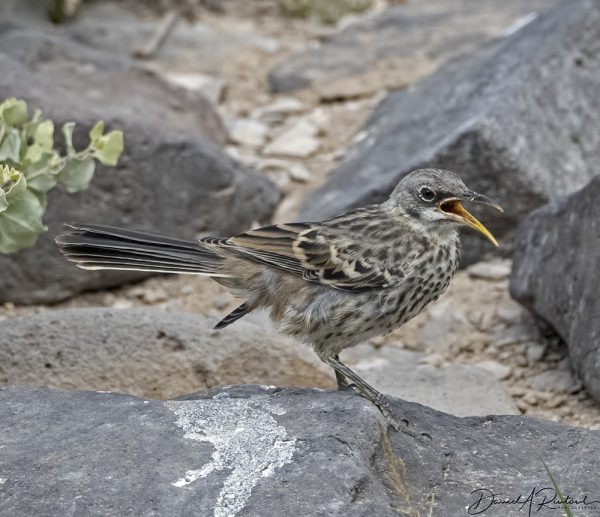 The target species on Española is the Waved Albatross. This is a medium-sized (wingspan 7-8 ft) albatross, and is also the only albatross species that nests entirely within the tropics. Española is the only known nesting site for these birds, and there were quite a few, some still courting and some, like this one already incubating an egg. 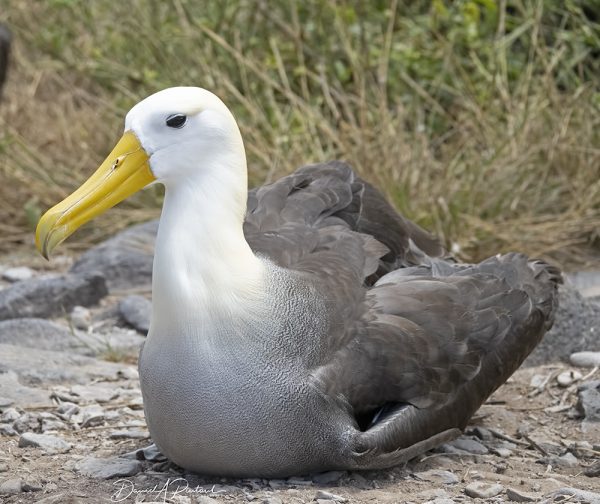 Previous Post: « Tuesday Morning Open Thread
Next Post: All the storm and the fury, signifying nothing? 2018 Risk pool edition »