I’ve manually re-assembled otmar’s submissions so they make sense. All issues were mine, sorry about that. I’ve reposted it correctly.

The presidency of the Council of the EU is rotating among the member states on a 6 month basis. In 2019 it was Romania’s turn.

As I’m the Austrian representative in one of the EU cooperation fora, I get to visit each of those countries as they organize meetings as part of the presidency agenda. Romania isn’t that far away from Vienna, but this fast my first trip to that country.

I didn’t see much of the country, only some parts of Bucharest (and the road to the airport).

Close to my hotel, they are still building a new cathedral that is supposed to become the spiritual home of the local orthodox church. 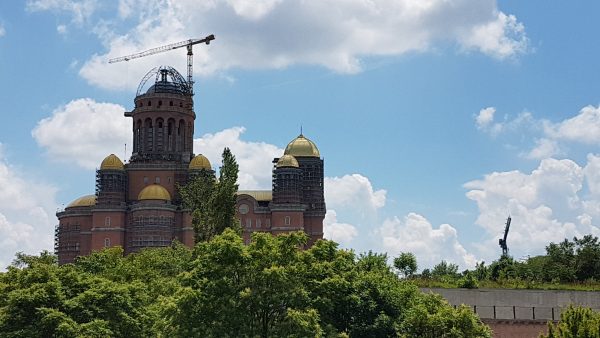 Directly opposite to the museum, this building called the “CEC Palace” and it acts as the headquarter of the CEC bank. 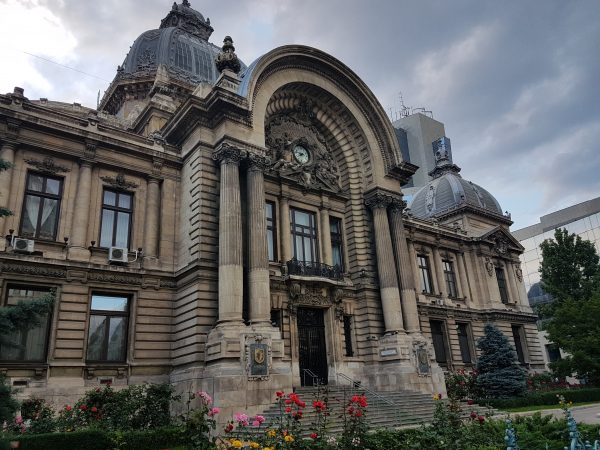 Walking to the old town center in the search for a decent dinner, we came along this building. According to maps, this is the National History Museum of Romania.

Regrettably, I had no time to visit any museum during this trip. 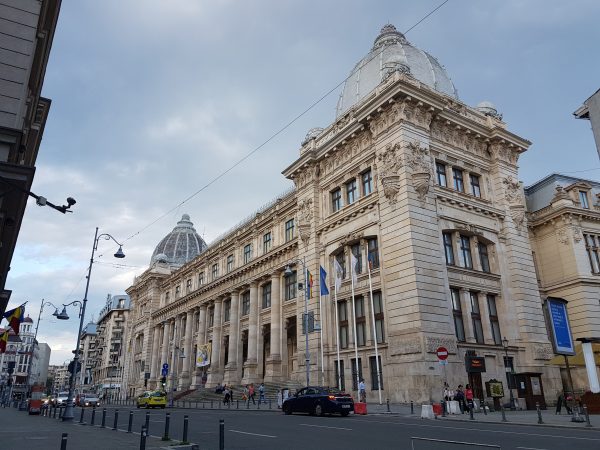 This Greek church was built in 1724 as part of a monastery. 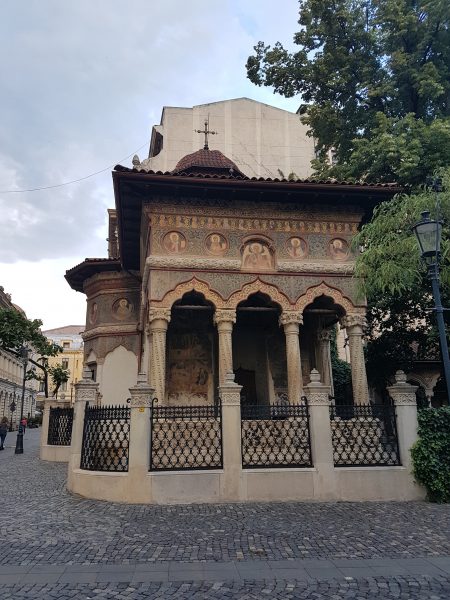 We’re still in Bucharest, now on to the meeting venue: Back during the communist times, the strongman Nicolae Ceaușescu wanted to have a proper palace for his reign. This should be big, this should be beautiful and this should be purely Romanian. So they razed a good part of the old city, built avenues and a super-sized palace on a slight elevation of ground.

That thing is huge. Apparently it’s just slightly smaller than the Pentagon.

When the dictator was killed during the revolution in ’89, the building, that had cost a good part of the country’s industrial output, was still unfinished. After a long thinking process, the country decided to finish it and use it to host both houses of parliament plus a number of other organizations. See https://en.wikipedia.org/wiki/Palace_of_the_Parliament

And of course, it is a perfect, representative location for international conferences.

This series shows the exterior of the building.

Don’t be mistaken, this is just the (north) side, not the main front. 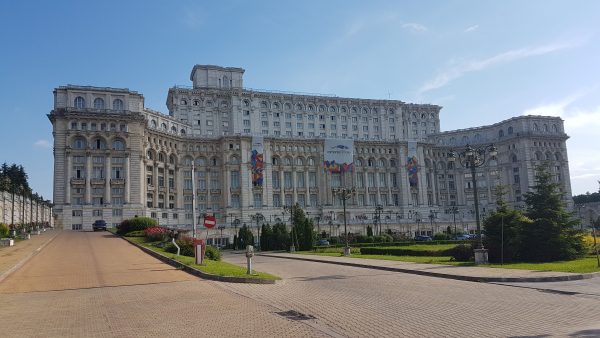 We continue around the corner, and walk up the ramp towards the main entrance. 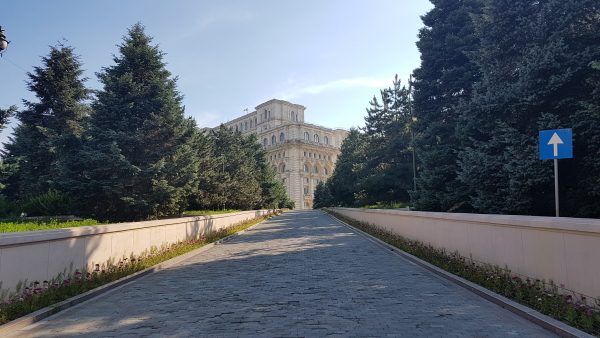 This is the official entrance to the building. 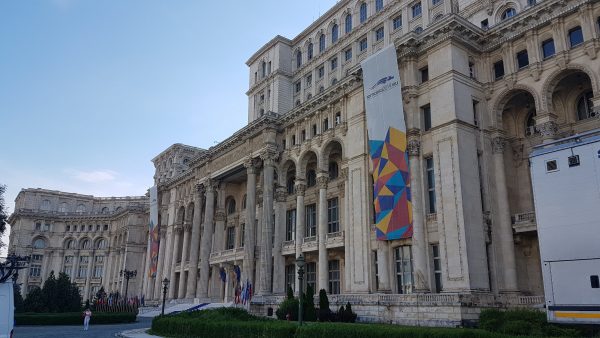 Walking away, one can finally see the full front. 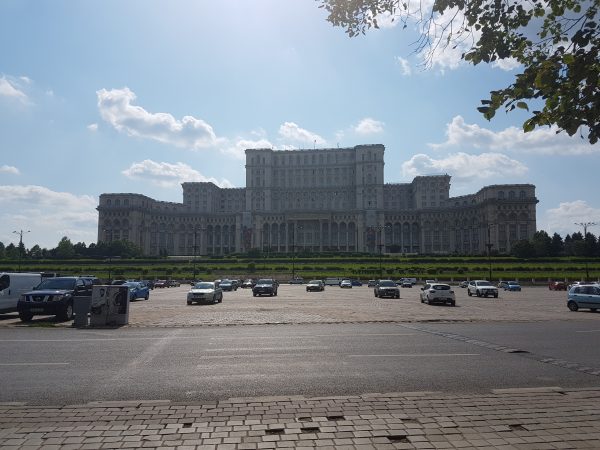 Walking back to the hotel from dinner, I passed by the Parliament again, this is how it looks at night. 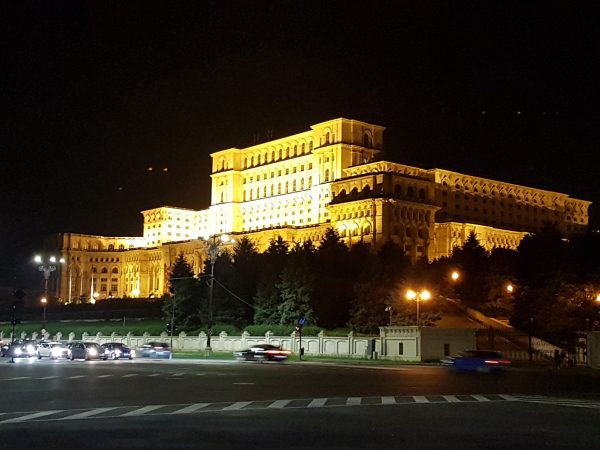 Now we’re inside the Palace of the Parliament in Bucharest.

A few things to note:

* In case you missed it: that thing is huge.
* They took pride in building it purely from Romanian materials
* The design is, well, bombastic but not artistic
* Like what you get if you mix Versailles with communist megalomania

The area behind the main entrance is decorated in white marble. 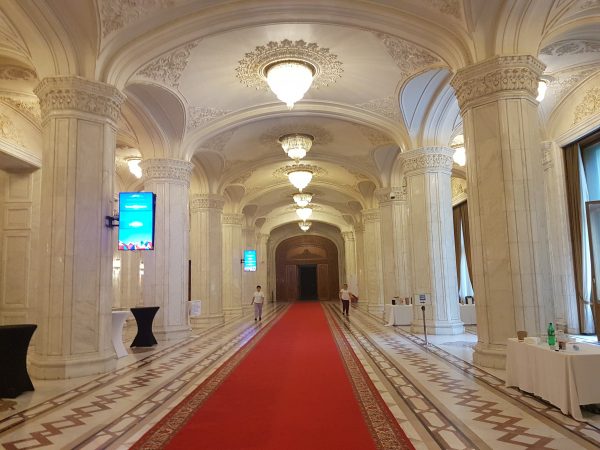 The same applies to the main staircases. 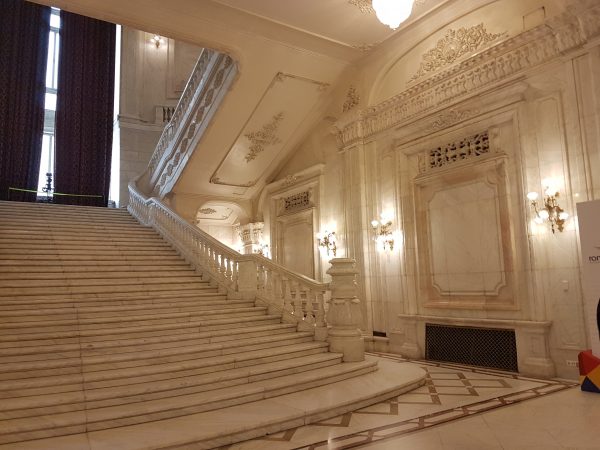 They set up this room for the main events of the presidency like the summits of the heads of EU member states.

Our meeting was just next door in a similar setup. Nice room, distances to each others are way too long and the acoustics are terrible. 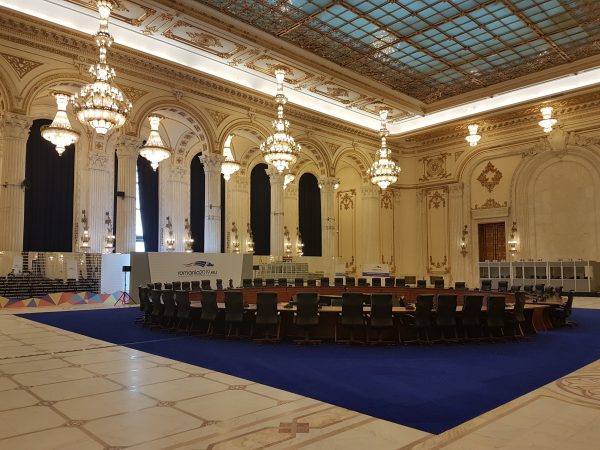 This room was designs for cabinet meetings during the communist times.

Our guide explained that the plan was to have the large wooden panel decorated with a wooden map of Romania. The one larger chair was supposed to be Ceaușescu’s. Behind him, there is a hidden door as his escape route.

In the bowls of the palace, there are two fully functional nuclear bunkers (apparently, Ceaușescu didn’t like the location of the first one, so they built a second) and a theater.

Here you can seen the overdone marble decoration again.

Previous Post: « Friday Morning Open Thread: Back Where She Came From
Next Post: The Mythical Moderating Influence »