As always, you’re encouraged to submit pictures for this feature via the form

…back on Planet Earth.

Actually these pictures were shot the day before my journey to ZZyzx and 2 days before my trip to Joshua Tree. My colleague who I went to Joshua Tree with and organizes the local meetups has asked me to go to the #streetmeetla meetups before and I’d looked at the pictures and many were just a bit too far out there for me. In early June he’d asked again and I said I’d go and promptly forgotten. He reminded me again a few days before the event and so on a sunny Sunday afternoon we headed down to Pt. Fermin Park(just below the Korean Friendship Bell). I also had received my (new to me) Galaxy Camera NX. It looks a bit like a cellphone and runs Android, but has a APS-C sensor(larger than a cellphone) and produces RAW images. The way things worked is photographers and models would show up and the models would position themselves in places where they thought the background would be nice(quite a few of the models had been photographers) and the photographers would shoot. There were also performers(a couple of stilts and fire breathers). I enjoyed the afternoon and got some practice at shooting models. Afterwards we headed up the coast stopping at Point Vicente for some shots of the lighthouse and then further up the coast to Redondo Beach and Hermosa Beach for the sunset.

This young lady was at the meetup when I got there and was talking to photographers but wasn’t walking though the park for modeling until about half way though the meetup. She posed up against the wall with the ocean and Catalina in the background(you can see a bit of Catalina at the right). I had to do quite a bit of work to get the ocean and the sky dark enough to contrast with her white outfit. One thing I did in this picture that I don’t normally do is I added vignetting. 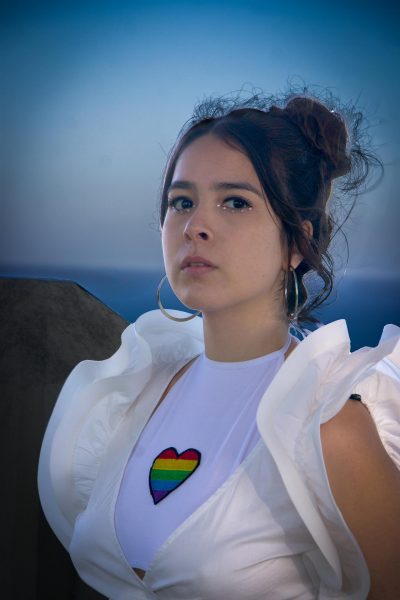 This model showed up with another model(they may have been sisters) about half way though the meetup. They had a person with them who had a reflector so you could get some interesting lighting in the shade. 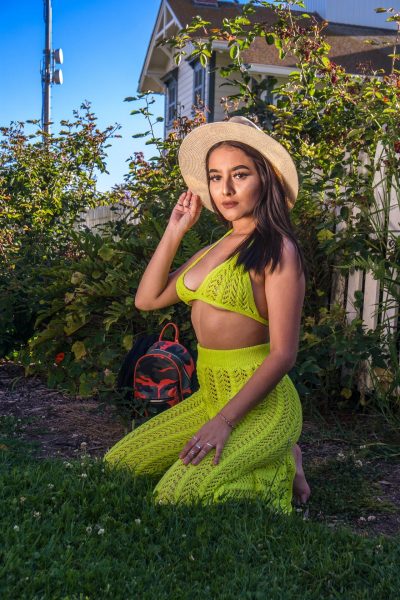 I’m not sure she came intending to model, but she was over by the seawall mugging for the photographers with one of the models and decided to smoke a joint. Her friend cleared out and so I got a few pics of her. 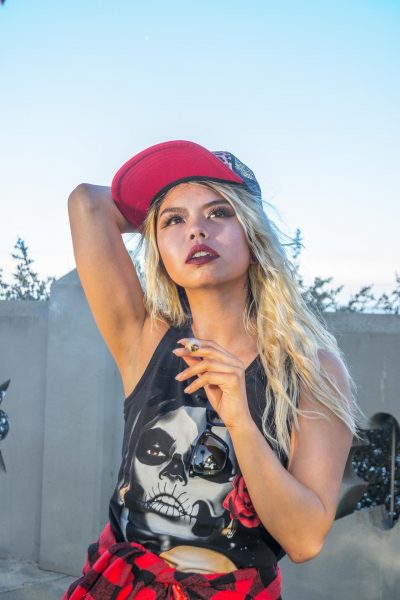 Having finished with the models, we headed west along Palos Verdes peninsula, past Fat Bastard’s shitty golf course to Point Vicente and it’s lighthouse. I thought that this would be a nice place to shoot the Milky Way, but I learned that it was closed at night when I parked and started to setup and the sheriff said it was closed. It’s still a nice place to shoot and you could see Catalina right behind the lighthouse. This was shot using exposure bracketing and the three exposures were combined in HDR software. At this point my Galaxy NX battery was low so I had to revert back to mainstay, the NX1. 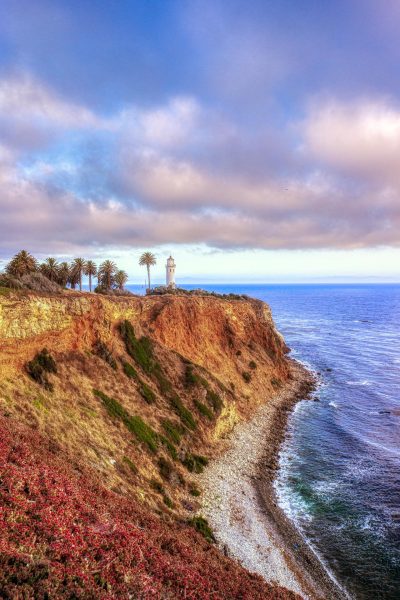 We got to Redondo Beach just at the sun set and looked at locations along the harbor, but didn’t find any really great shots. So we headed a bit up the coast to Hermosa Beach and stopped by the pier. It was pretty dark by then and I wasn’t sure that I really get any pictures. I set up my tripod and shot some pretty long exposures. Here’s a lifeguard station and the Hermosa Beach pier with the sky still lit up by the set sun. Even though it was about hour after the sun had set you can still see quite a bit of sunlight. 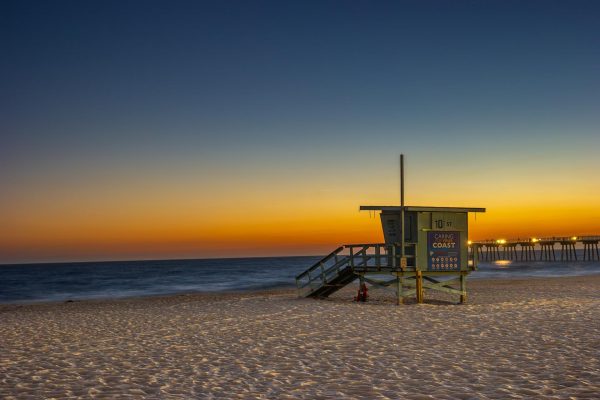