Stay cool otmar and all our European friends.

The week after my trip to Bucharest brought me to Stockholm. Again on a business trip, meaning no extensive sightseeing, just some minor walks to the evening events and from/to the airport.

It actually was quite a change of scenery: Stockholm feels quite different. For one, the climate differs a lot: I was coming from a hot, dry southern Europe town to a cool, rainy Scandinavian metropolis. Bucharest is in the middle of the country-side, not even on a major river, Stockholm is connected to the Baltic sea and the big ferries/cruise ship anchor right in the city center. And of course the people are different.

The public transportation network of Stockholm includes boats. In my case, this was actually the best way to reach the city center. On the way, we passed by the Island of Djurgarden, which hosts a number of interesting buildings.

On the left is Junibacken, which is a Disneyworld-style ride through the books of Astrid Lindgren. During RIPE-50 Meeting in 2005 we had the social event there, it’s nice ride.

The building on the right is the Vasa Museum. It holds the salvaged wreck of a mighty (though ill-fated) warship from the 17th century. See https://www.vasamuseet.se/en/vasa-history/timeline 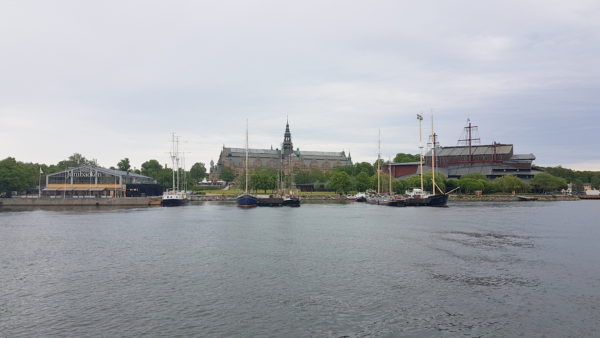 This is still taken from the boat. Now we’re close to the city center at the Nybroviken landing point. 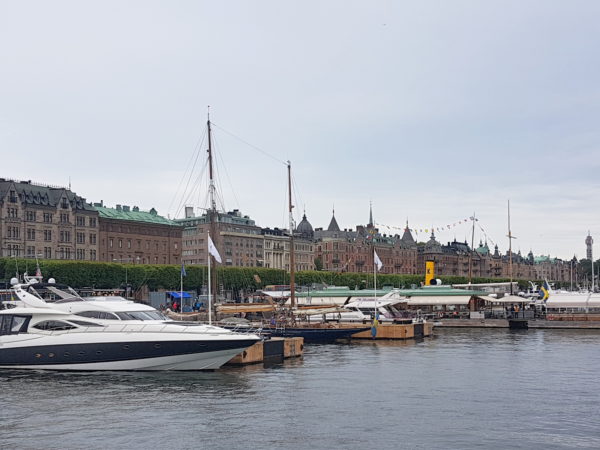 I’m now back at the hotel in Hendriksdal and looking back over the sea towards the center. The amusement park is on Djurgarden.

The location of Stockholm is very interesting: the coast here is a huge archipelago of small islands that somehow smoothly morphs into lakes. (Think “MC Escher drawing where foreground and background intersect”) The old center of Stockholm (Gamla Stan) lies exactly as this transition point: large sea-faring ship can navigate up to this point. But they have to pass trough a quite narrow and winding shipping channel passing a lot of island until they reach this point. This, of course, makes defending the port of Stockholm from maritime invaders rather simple. There are still some historic forts on this route.

Apparently, the Swedish navy plays games with real (or imagined) Russian subs there every now and then. 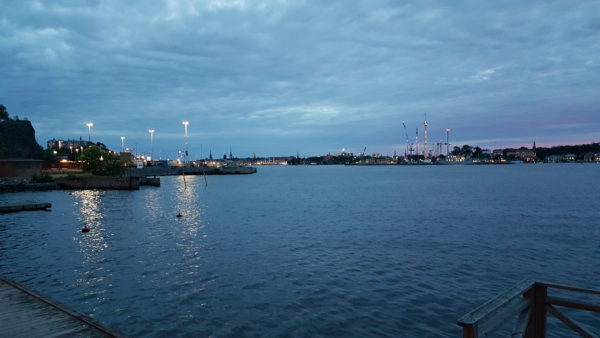 I passed by Sofia Church on my way to dinner on Södermalm. 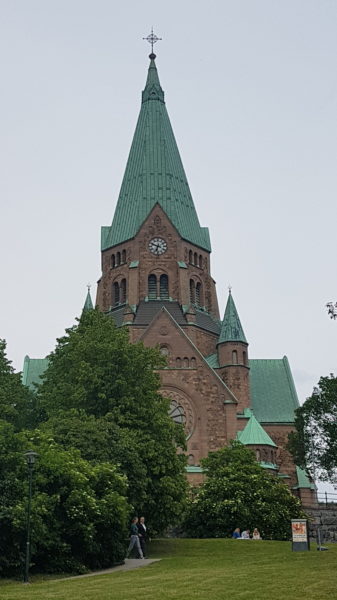 And this is how it looks from inside. 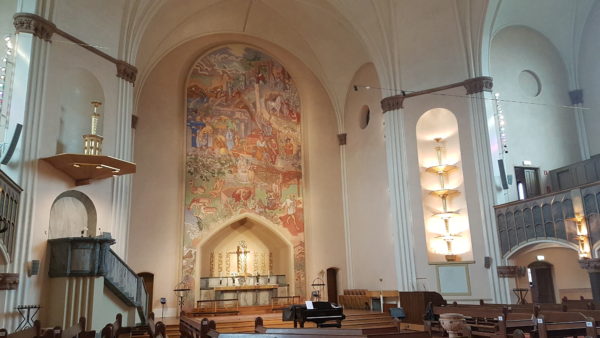