I’m back from my mad dash halfway across the country for some high-altitude mushrooms, Palisades peaches, Pueblo chiles, Pueblo Jalapenos, and some assorted trinkets and touristy stuff. I had a wonderful, if brief time, in a state I had the pleasure of living in for 9 years. I visited a number of places and did things I wanted to do in a mad dash of nostalgia and reminiscence. I also checked on my rental property, so there was a business component to my trip as well. I learned a lot about modern travel tech, and I’ll share some insights soon.

Monday and Tuesday, I have some canning and roasting, and sauteeing to do. Yes, I’ll be posting about my kitchen adventures, and am grateful to John for providing much helpful info and technique to remind my rusty ass on proper canning.  I’m pulling my canning stuff from storage tomorrow morning, the jars are in the dishwasher awaiting the morning, and I’ll be briefly visiting Walmart for fresh lids and Fruit Fresh, then hitting the local international/ethnic supermarket for some fresh herbs, spices, shallots, garlic, sugar, vinegar, and ginger.

The drive – to and from – was also a grand adventure. Luckily, no bad weather or issues.  I hope next year to do something similar, though not so fast paced (I drove when the rains hit, and when I could squeeze some time away from things at home), and for a few more days. Perhaps we’ll do a meetup or two along my route so I can drive 8 hours a day instead of 12.

On that note, today we see some gorgeous photos of birds (and prairie!) in Kansas. I really enjoyed driving through the state going West, but my eastbound route was different, and I missed the western third of the state on I-70, so missing most of the topography and prairie that I so love. I didn’t see any birds of note beyond hawks and some wonderful songbirds singing at a rest stop in the Western part of the state. I really enjoyed the Kansas rest stops – they were not fancy, but the space, layout, green, and general atmosphere were just relaxing. They felt like an oasis.

I have a cool 4k dashcam and had it running for the drive out, but a) I did not realize the microSD card was only 128 GB and so I overwrote my drive after 6 hours, and b) even though I had some of that Western Kansas footage, when I went to swap memory cards the next morning, it somehow popped up and hit something plastic on my dash/console and bounced who-knows-where. I suspect it went into the ac vent. So for now, I have lost footage, literally.

I’m busy copying footage from other days and adventures and hope to have a few clips or stills from them to share to complement the photos I took with my iPhone. All dashcam videos and stills show the windshield and top of the hood, but the wide angle and high quality are neat, and I hope to be able to share some small clips of things I saw that caught my eye or deserve a share and a story. Since the early part of this week is about canning and cooking and food preservation, I don’t expect to have my photos and content until next week.

I do not live in a place with the variety of scenic opportunities that Bill enjoys in SoCal; I live in a place which is largely unknown and underappreciated, the Flint Hills of Kansas. This is the last stronghold of the tallgrass prairie, an ecosystem that once covered 240 million acres in the center of the North american continent, and which has now been reduced to about 2% of that acreage. In other words, the percentage of tallgrass prairie that is left is significantly less than the percentage of old-growth forests remaining in the Pacific Northwest, yet that ecosystem gets a lot more ink and angst.

The Flint Hills remain as a tallgrass ecosystem thanks to that eponymous flint; the soil is only a couple of inches in depth, thus it is too thin and rocky to plow, which was the fate of prairies in Indiana, Illinois, Missouri, Iowa and elsewhere. It is grazed for cattle, but since it was originally grazed by bison, that is not a radical change in land management practices, and much of the original biodiversity remains. That is not to say that it is pristine, or protected, or out of danger; it is, however, hanging on pretty well. Periodic controlled burns and grazing, which were historically part of the ecology here, are still used to maintain the grasslands here.

So I’m gonna submit a bunch of photos of this part of the world and some of its denizens. As you might imagine, lots of these images will be birds!

The Flint Hills of Kansas, with a pale rainbow in the dawn sky. 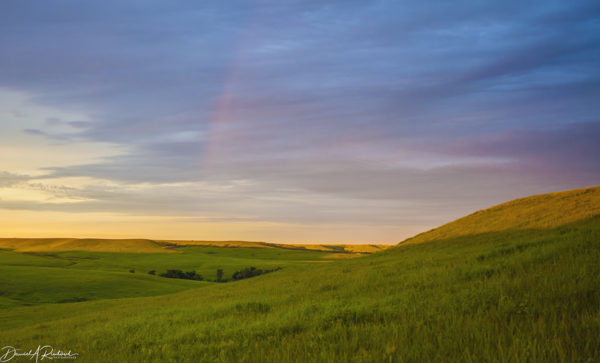 Many sparrows can be found in grasslands, and the grasslands of the Flint Hills host some very fine sparrows. Some are summer residents only, like this Henslow’s Sparrow, which requires “old-growth” grassland, i.e. prairies which have not been burnt that year and which have some standing dead stems and understory. This sparrow was historically much more widespread across North America, but is not doing well in other regions these days. 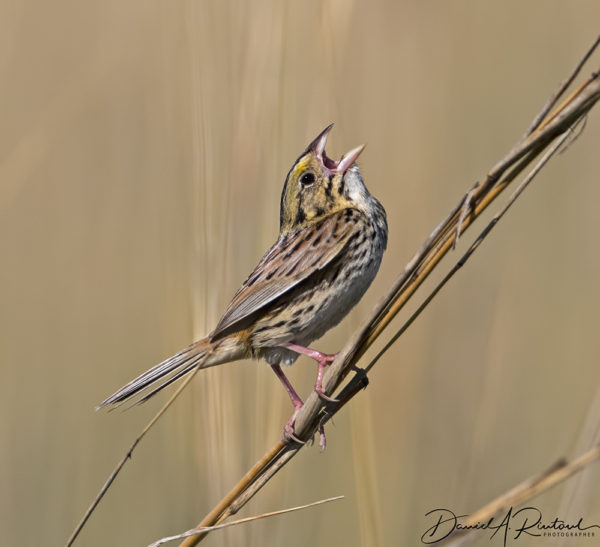 Another iconic summer resident is the Grasshopper Sparrow, a diminutive but vocal bird in much of the Flint Hills. Like all sparrows, the closer you look at them the more you see; they are not just the LBJs (little brown jobs) that many birders and others dismiss without much appreciation. 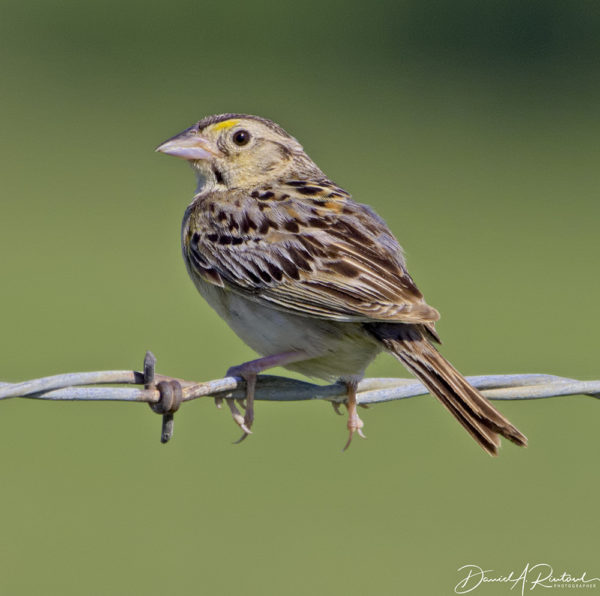 Winter brings another sparrow from the far North back to the central prairies, the chunky yet handsome Harris’s Sparrow. If you look at the range maps for this species, you will discover that you might have to visit Nebraska, Kansas or Oklahoma to see one of these sparrows; their wintering range is right in the heart of the continent. 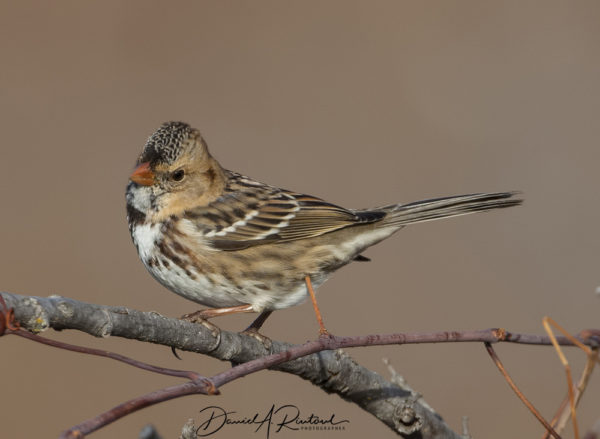 Another winter resident sparrow is the Lincoln’s Sparrow. This species is much more widely distributed across North America, but is not easily seen, since it is what birders call a “skulker”. Sometimes you can lure one out for a portrait, however, so that you can appreciate the fine details of its elegant plumage. 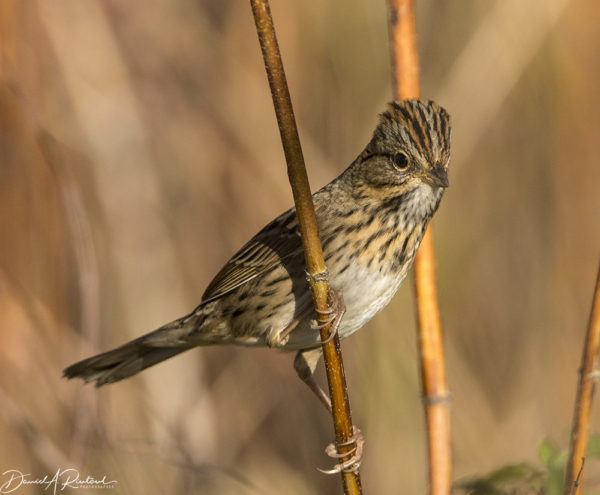 Previous Post: « Monday Morning Open Thread: Because of Wow
Next Post: It’s Gonna Be a Hell of a Year »