You are here: Home / Politics / An Unexamined Scandal / Another One Bites The Dust: Joi Ito, MIT, and Jeffrey Epstein

I haven’t said anything here about events at my home institution, MIT around the news that Joi Ito, the director of the ‘tute’s Media Lab had taken donations for the lab and cash for investments under his control from Jeffrey Epstein — after his conviction for various forms of the sexual predation of girls and very young women.

That’s for two reasons: for one, a sprint through the first week of the semester and a simultaneous dash through the second submission draft of a book manuscript (completed just this afternoon), and for the other a desire to pursue my concerns with MIT faculty officers and the administration before saying anything in public.

I haven’t done that yet, but Ronan Farrow’s devastating report for The New Yorker, published last night, has made the conversations I thought I might have moot, while opening up new questions to be pursued going forward.

Here’s a sample of Farrow’s reporting:

The financial entanglement revealed in the documents goes well beyond what has been described in public statements by M.I.T. and by Ito…

The documents and sources suggest that there was more to the story. They show that the lab was aware of Epstein’s history—in 2008, Epstein pleaded guilty to state charges of solicitation of prostitution and procurement of minors for prostitution—and of his disqualified status as a donor. They also show that Ito and other lab employees took numerous steps to keep Epstein’s name from being associated with the donations he made or solicited. On Ito’s calendar, which typically listed the full names of participants in meetings, Epstein was identified only by his initials. Epstein’s direct contributions to the lab were recorded as anonymous. In September, 2014, Ito wrote to Epstein soliciting a cash infusion to fund a certain researcher, asking, “Could you re-up/top-off with another $100K so we can extend his contract another year?” Epstein replied, “yes.” Forwarding the response to a member of his staff, Ito wrote, “Make sure this gets accounted for as anonymous.” Peter Cohen, the M.I.T. Media Lab’s Director of Development and Strategy at the time, reiterated, “Jeffrey money, needs to be anonymous. Thanks.” 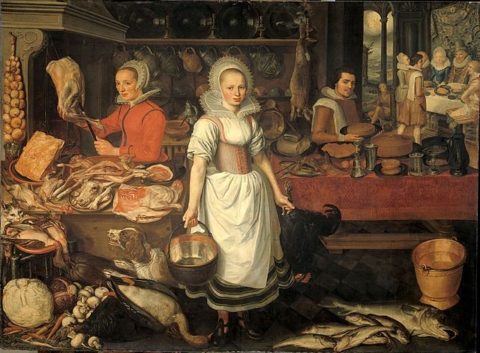 In the wake of that story Ito has now resigned as director and professor of the practice at MIT. He has also quit the boards of the MacArthur Foundation and The New York Times, with, I’m sure, more to drop.

Much of Farrow’s reporting reveals a director and members of his staff gone rogue.  MIT’s central fund raising apparatus had already listed Epstein as a disqualified donor, meaning the Institute and its members weren’t supposed to seek or accept funds from him, and Ito and his team consciously worked to circumvent that restriction.

That’s good for MIT and its central leadership: it shows that the major donors people had already reached the right conclusion about reputation-washing for Epstein and had, they thought, shut it down. Still, though it looks like internal safeguards were in place, I’ve still got some questions.

For example:  how could a major center at MIT evade reporting on donors? What is the process for such reporting?  Was the policy subverted by Ito and the Media Lab? Was it ineffective, failing to ask the right questions? Was there any active failure on the part of the central administration office overseeing fund raising by the Media Lab (and other autonomous self-governing regions w/in MIT)?

Additionally, the fact that Ito raised funds both for the center he ran and his private business bugs me.  MIT has a pretty relaxed policy on outside professional activities by its faculty and other members, but there is both required disclosure (I and every faculty member has to file an OPA report every year) and an explicit conflict of interest policy that is supposed to be more rigorous for senior people like directors of centers and labs.  Did he report his business activities, including soliciting investments? Did any of his actions violate MIT’s COI policy? Were such violations included in whatever disclosures he did make? If so, how did they slip by? If not, what needs to happen, if anything, to prevent such COI?

We may get some answers.  After earlier announcing that the investigation into Ito’s relationship with Epstein would be internal, and intended to discover lessons for the future, the Institute’s president, Rafael Reif sent out an all-comers email that reads in part:

Because the accusations in the story are extremely serious, they demand an immediate, thorough and independent investigation. This morning, I asked MIT’s General Counsel to engage a prominent law firm to design and conduct this process. I expect the firm to conduct this review as swiftly as possible…

That’s good; I hope the investigators get as broad a brief as they need. It’s important to establish who knew and did what when, both inside the Media Lab and in the reporting chain within central administration. And when I say “important,” I don’t mean just in a retributive justice sense.

MIT has come a long way in the last fifty years, and the last twenty, to transform itself from an almost all-male institution to one in which women can flourish.  For the last several years, roughly half of MIT’s incoming undergraduate classes have been women.  Since 2000, MIT has put into place several affirmative policies to improve recruitment, retention and the opportunities open to women faculty.  And every year we welcome another five or six hundred female teenagers to campus.

The willing, eager association with a convicted sexual predator and the willingness of senior and very  high profile MIT figures to trade reputation-gilding for cash says something loud and clear to those newest young women at MIT, and to everyone else here as well.  That’s the message that has to be unwritten — more, it needs to be condemned by word and action.

Last…this has been something of an inside baseball kind of post, but as Anand Giridharadas (@anandwrites) has been aruing, it’s a crash course in the reality of a supra-national rich boys club that owes allegiance to no nation or institution.  Epstein was protected and rewarded by his ability to associate with high profile people and organizations — a protection purchased with cold cash, not any contribution of ideas or intellect.  He was a sexual criminal, so it’s easy to see how this charmed circle dynamic is malign.

But the same dynamic protects bad ideas, distortion of work, the exercise of unmerited power in all kinds of domains, as very rich individuals choose what they want to pay for (and what the polities they control or overwhelmingly influence should pursue). And, as Giridharadas has emphasized over and over again (and not just him, of course) those .01 percenters are loyal to the Republic of Wealth, and not the United States, or MIT or whatever.

It’s easy (as well as obviously right) to condemn Epstein and those he suborned.  But he’s far from the only problem.