You are here: Home / Past Elections / 2020 Elections / Some Thoughts On the Campaign Before Tonight’s Debate

Earlier today Norm Ornstein published a really thoughtful piece in The Atlantic about what the candidates should actually be asked at tonight’s debate. I highly recommend you all take a few minutes and read it. Full disclosure: I know Norm, he’s a friend and senior mentor, and he occasionally tweets out my posts here to his very large social media following.

However, I want to take a different direction in discussing the campaign, which includes the debates, before tonight’s debate in Atlanta. The Democratic candidates, every single one of them, whether they know it or not, recognize it or not, or want to recognize it at all, are not involved in a normal or traditional campaign cycle, nor in a normal or traditional presidential election year. The 2020 US election – from the presidential election to the senatorial and congressional elections to the state gubernatorial and legislative elections to local elections  – are all being contested within an information and political war that has expanded from an unconventional Russian hybrid active measures operation to a largely non-violent and non-kinetic world war. This is the reality for the United States and Americans as the Democratic presidential primary grinds on towards the first election and caucus, as candidates register to run before state filing deadlines, and as people sign up to volunteer for campaigns or to work as election officials.

The Democratic presidential primary candidates, as well as every candidate regardless of party up and down the ballot, are now enmeshed in a war. And because it is a political war – politics including other means to use the Clausewitzian formulation- that largely relies on diplomatic, information, economic, intelligence, and legal warfare while downplaying the use of military power. It is a war that is going largely unremarked and largely uncommented on. The war has multiple fronts and not all are in the US. Brexit is one front and the now sequestered counterintelligence report on Russian financing, support, and interference in Brexit, by order of the Prime Minister and/or his senior staff, is a Damoclean sword hanging over the upcoming British elections. Russia’s ongoing low intensity kinetic, information, and political warfare operations in Ukraine is another front. As are Russia’s similar operations in Syria and Libya. The PRC’s Belt and Road initiative is a diplomatic, information, intelligence, and economic warfare operation, as is their information, intelligence, and economic warfare operation against the pro-democracy movement in Hong Kong is part of this new world war. The President’s ongoing unearned fulfillment of items on Bibi Netanyahu’s wishlist is another front.

The US front, however, has one very specific center of gravity: the President and the Republican Party. Or, perhaps, more accurately stated, voting the President out of office in the 2020 election, holding the majority in the House, flipping the Senate majority, maintaining the state houses and legislatures currently in Democratic hands, and flipping as many as possible is the strategic objective of the 2020 elections. That’s it. Everything else, from revising how health care is funded and delivered to how college is paid for to fixing the tax code to repairing our relations with our allies and partners to seriously addressing climate change to shoring up the aging post World War II and post Cold War global system, are all, at the Federal level, dependent on limiting the President to one term, maintaining the majority in the House, and flipping the majority in the Senate.

All of the sturm and drang about how to fix health care and health insurance in the US, rebalancing the powers between the branches of government, rebalancing the Federal courts, repairing the tax code after decades of abusive revisions in pursuit of validating economically bankrupt theories, repairing our relationships with our allies and partners, seriously addressing climate change, and shoring up the global system WILL ONLY HAPPEN IF THE PRESIDENT IS LIMITED TO ONE TERM, IF THE DEMOCRATIC MAJORITY IS MAINTAINED IN THE HOUSE, and IF THE DEMOCRATS FLIP THE MAJORITY IN THE SENATE!

It is absolutely wonderful to have a talented, diverse field of candidates who demonstrate the depth and breadth of the multi-ethnic and multi-religious coalition that makes up the Democratic Party and spans from the center to the left of center. And in another time and another America, debating the minutiae of various plans, proposals, potential policies, and the strategies to achieve them would be a political junky’s dream. Unfortunately we DO NOT live in that time, nor do we live in that America. We are in an America at war. A war that is not formally declared, that our President, his administration, his allies in Congress and at the state levels of government, his surrogates, and his media supporters at Fox News, Sinclair, talk radio, and conservative digital news and social media have no interest in recognizing, let alone combatting. Our self governing democratic-republic is on the knife’s edge. We are in murabashi – facing our opponent across the log bridge over a deep ravine. We cannot retreat without being cut down, we cannot go to the right or left or we fall to our death, the only way out is through one’s opponent and across the bridge to safety.

The focus of the Democratic candidates and their campaigns needs to be on the reality of this existential threat. If the news media, and the debate moderators drawn from within its ranks, can’t get their heads around it and want to focus on the minutiae between various candidates plans and proposals because they are following the professional wrestling concept of controversy creates cash, ie people tune in to see a fight, then the candidates have a political obligation to bring every answer back to this reality: nothing, not a damn thing will be done on any of these issues until and unless the President is limited to one term, the House majority is maintained, and the Senate majority is flipped. Everything else is a distraction.

Elections with incumbent presidents standing for reelection are always referendums on the incumbent. The Democratic candidates and their campaigns need to adjust and focus on this reality. It is perfectly fine to state one has a plan or a proposal or a strategy for fixing anything and everything that ails the US and Americans, but it needs to be focused through the lens of it only happens if we elect a Democratic president, reelect a Democratic House majority, and elect a Democratic Senate majority in 2020. That is the real strategic objective of the 2020 election. Not health care reform, not tax revisions, not how to fund college educations, pay for child care, repair our alliances and partnerships, shore up the global system, take serious measures regarding climate change, and/or dozens of other too long neglected issues. Those are all lines of effort to be undertaken once the strategic objective has been achieved. But unless the strategic objective has been achieved those are just nice ideas that will never ever be attempted, let alone accomplished. The various proposals, plans, policies, and strategies are just good ideas presented by a dozen or so good idea fairies with no hope of ever even being seriously considered if the President is elected to a second term and if Senator McConnell maintains his majority in the Senate. 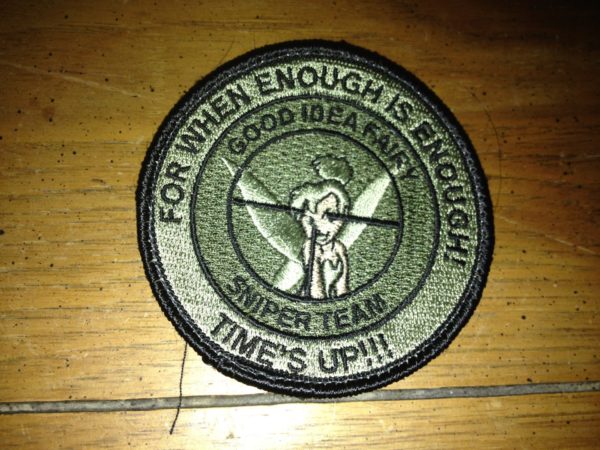 Previous Post: « Open Thread: SOMEBODY Is Not Having A Good Day
Next Post: Pre-Debate Open Thread: Not Yet Endorsing, But You Know I Have A Favorite »