You are here: Home / Past Elections / 2020 Elections / I Did NAZI That Coming: The President Will Sign an Executive Order Declaring Judaism a Race and Nationality

The central premise in the post below is inaccurate. It is inaccurate because The New York Times‘ reporting it is based on what factually inaccurate and misleading regarding the text of the forthcoming Executive Order. For a full discussion of this, please see my post at this link. – Adam L Silverman 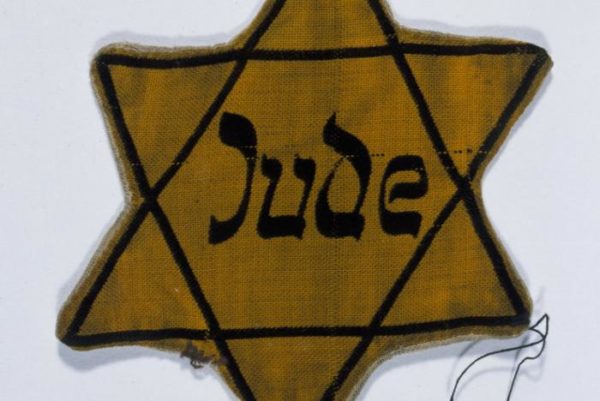 From The New York Times (emphasis mine):

President Trump plans to sign an executive order on Wednesday targeting what he sees as anti-Semitism on college campuses by threatening to withhold federal money from educational institutions that fail to combat discrimination, three administration officials said on Tuesday.

The order will effectively interpret Judaism as a race or nationality, not just a religion, to prompt a federal law penalizing colleges and universities deemed to be shirking their responsibility to foster an open climate for minority students. In recent years, the Boycott, Divestment and Sanctions — or B.D.S. — movement against Israel has roiled some campuses, leaving some Jewish students feeling unwelcome or attacked.

In signing the order, Mr. Trump will use his executive power to take action where Congress has not, essentially replicating bipartisan legislation that has stalled on Capitol Hill for several years. Prominent Democrats have joined Republicans in promoting such a policy change to combat anti-Semitism as well as the boycott-Israel movement.

But critics complained that such a policy could be used to stifle free speech and legitimate opposition to Israel’s policies toward Palestinians in the name of fighting anti-Semitism. The definition of anti-Semitism to be used in the order matches the one used by the State Department and by dozens of other nations, but it has been criticized as too open-ended and sweeping.

For instance, it describes as anti-Semitic “denying the Jewish people their right to self-determination,” and offers as an example of such behavior “claiming that the existence of a State of Israel is a racist endeavor.”

The order to be signed by Mr. Trump would empower the Education Department in such actions. Under Title VI of the Civil Rights Act of 1964, the department can withhold funding from any college or educational program that discriminates “on the ground of race, color, or national origin.” Religion was not included among the protected categories, so Mr. Trump’s order will have the effect of embracing an argument that Jews are a people or a race with a collective national origin in the Middle East, like Italian Americans or Polish Americans.

Any assertion of Judaism as a race and nationality is bad, as well as factually inaccurate. Making it official US policy, by way of an executive order, is potentially catastrophic. Other states that classified Judaism as a race and nationality include NAZI Germany in the Nuremberg Race Laws and the Soviet Union. The Nuremberg Race Laws went into effect in 1935 and were modeled on racial purity and separation laws from the Jim Crow south after Reconstruction was overthrown. In the case of the Soviet Union, the Soviet equivalents were a legacy and carryover of the pre-Communist Russian anti-Semitism that had permeated Russian life.

No one who isn’t either in denial or has decided to put political or personal profit ahead of reality, facts, and the truth needs any more evidence that the President and his administration are pushing a white supremacist agenda and are winking and nudging and signaling in a variety of other ways to Americans who would like to see the United States become a white, Christian herrenvolk. The Attorney General has now given two speeches in the past two months implying that this should be the case. But this new executive order is a significant development. And that is not meant to downplay what our fellow citizens; be they religious minorities like Muslims and the Sikhs, Hindus, and Buddhists mistaken for them because of superficial physiological resemblance; ethnic minorities whose families originated in Central and South America, the Middle East, Central Asia, Southeast Asia, East Asia, and/or Africa, or LGBTQ Americans have been going through since January 2017. Rather it is an acknowledgment that things are accelerating in a bad direction. When governments declare Jews to be a race and nationality apart from the rest of the citizenry, bad things begin to happen. And they begin to happen quickly.

The defenders of this dangerous stupidity – and if you go and read the rest of the article you’ll see this includes the head of the Anti-Defamation League and one of Senator Reid’s former senior staff member, as well as a number of others – who think this is a good thing because it will somehow provide protection on campus against pro-Palestinian advocates are deluding themselves. It won’t. It will be, however, a loaded gun just lying around waiting for a smarter, better organized, and more determined anti-Semite and racist than the President to pick it up and use it.

Right now there is an attempt by the ultra-religious in Israel facilitated by Netanyahu, as well as some Orthodox and Ultra-Orthodox Jews in the US to redefine Judaism. And it may be the dumbest argument regarding who is and isn’t Jewish ever. Even more so since it is being made by other Jews. It takes the worst portions of the anti-Semitic arguments that Jews are a race or ethno-nationality apart from all others and pushes all Jews who aren’t as devout ,or devout in a way that the person making the argument approves of, into the racial/ethno-national category. Jews who are devout, or devout in the way that the person making the argument approves of, count as actual Jews because they’re religious. So the good Jews are Jewish because Judaism is a religion and the good Jews are observing it correctly and that is the only thing that sets them apart from non-Jews. The bad Jews are Jews who aren’t really Jewish because Judaism is a race or ethno-nationality, the bad Jews are either not observing the religion correctly or at all, and therefore because they are racially Jewish they are set apart from everyone including Jews who are Jews because they are observant of Judaism, which is a religion and not a race. I’ll pause here while you diagram this so you don’t get lost…

All this executive order does is facilitate this separation of Jews out as distinct from other Americans. And despite the advocates within Judaism of trying to define some Jews out of the religion, when someone more motivated, smarter, and well organized eventually comes along and decides to pick up this loaded gun and use it on American Jews, that person is not going to discriminate between the Jews who are religious because they’re Jewing correctly and those who are a race because they’re Jewing wrong.

I am going to say it once again: being opposed to the State of Israel in general and specific policies and positions of the Israeli government IS NOT anti-Semitism. It may be anti-Zionist or anti-Israel, but it IS NOT anti-Semitism. In fact it is what Theodore Herzl, the father of Zionism, actually wanted to happen. He argued that one of the reasons that Jews needed their own state was so that issues would be elevated to state level disagreements thus reducing or obviating anti-Semitism. This was the central premise of his book Der Judenstaat! I learned this sometime between the 2nd and 5th grade in Judaic Studies at The Hillel School of Tampa. Why those who support this stupidity can’t seem to learn it, remember it, and/or understand it is beyond 7 to 10 year old me! As well as current me.

Those pushing for this are out of their minds if they think this is a good idea. Judaism is a religion. It has been a religion since the early rabbis moved the ritual practices away from a focus on sacrifice in the Temple to an adherence to commandments, prayer, and Tikun Olam. 2,000 years later there are Jews of almost every ethnicity and nationality. American Jews, or Jewish Americans if your prefer, like our fellow citizens, are descended from immigrants from all over the world. What sets us apart culturally is religious belief, adherence, and practice – not some whacked our racial or genetic theory. And while it is true that some Jews have some specific genetic markers that trace back to the Middle East, they actually share those with two other Middle Eastern groups: the Palestinians and the Druze. And that makes perfect sense as some of today’s Palestinians and Druze are most likely the descendants of Judaeans who did not flee into exile after the Romans destroyed the 2nd Temple and who eventually converted to different religions over time as different groups took over the area. And that is what really sets Jews in the US or anywhere else, outside of Israel, aside from their fellow citizens: religious belief and adherence, not race or ethnicity.

Whichever day the President signs this executive order making it the official policy and position of the United States that Judaism is a race and nationality will eventually be remembered as a very bad day for American Jews. It took a long time for the majority of white Christian America to extend whiteness to America’s Jews, which has allowed almost all of us to pass and provided us with a modicum of social, cultural, political, and legal protection since the late 1960s/early 1970s. When the President signs this executive order, the official position of the United States will become that Jews are a distinct Middle Eastern race and nationality with a specific right to self-determination. And when that happens we won’t be white anymore. And the issues surrounding pro-Palestinian or pro-Israel advocacy won’t actually be resolved. But the white supremacists, the neo-NAZIs, and the white Christian herrenvolkers will be very happy because the official position of the US government and the current President and his administration will confirm what they believe to be true.