I love antiques and furniture with a story. Every piece in my living room is older than me (couch the exception, LOL) and my room divider bookcase was made by my brother when he was in high school. There are old pieces in every room. Nothing Roadshow worthy, but I enjoy them. Recently commenter StringOnAStick shared this story and I wanted to see photos. A beautiful antique, with dragons. What’s not to love? I’m happy to share and give us a respite on this Sunday morning: 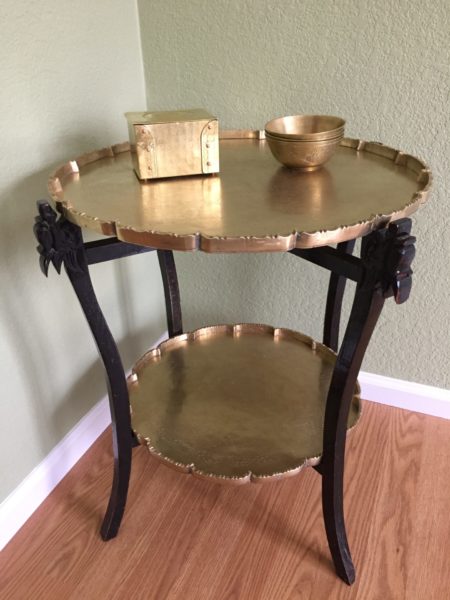 Here is the repaired table as it sits in our dining room now.

About ten years ago my late mom passed a Chinese wooden and brass smoking table to me after the wooden portion had been broken; she figured I might be able to fix it. At the time all I knew was that it had been in our family ever since I could remember it (and I needed a few stitches in my scalp as a 5 year old from falling into it, so the table has a long history with me!). I looked it over but decided the repairs needed were beyond my skill level and just let it sit in the basement until last month when I decided to have a closer look. The brass was badly stained so I polished it to see if it would return to the level of beauty I remembered, and as I did so I realized it was a lot older than I had thought it was. I asked my dad about it, and that’s when I found out his father had bought it in China in 1922, when he was a young lieutenant in the U.S. Navy assigned to patrol the Yangtze River for “pirates and Chinese communists” according to the orders my dad had seen as a teen; I thought it was from the 1950’s. Unfortunately my dad’s mom destroyed all the old orders when her husband didn’t make it to Admiral because she was angry with the Navy over his being passed by.

Once I knew how old it was, I searched for someone who specialized in repair of antiques, who did a lovely job putting it all back together. He only had to replace the two enlongated “biscuits” that are critical to the hinges that allowed the rather fragile wooden frame to be folded for transport. I took care of restoring the brass to it’s original luster, and it is now back to it’s former glory and brightening up our dining room, though we won’t be putting any cigarettes in the wooden-lined brass box since no one smokes in our family. My dad told me that there used to be brass coasters that went with it as well but those have long since been lost.

A friend told me that I really should take it to Antiques Roadshow if I ever got the chance. Just a week after that conversation an Antiques Roadshow event was announced for Estes Park, Colorado, about 50 miles from where we live so I’ve entered the drawing for tickets.

That is my elderly dad’s favorite TV show, so if I could get the table on that program while he is still around to see his father’s table being appraised, he’d be thrilled (he might be a bitter right winger but he’s still my dad and we’ve agreed to never discuss politics now). After talking to him about Antiques Roadshow coming to Colorado, he started telling me about all these other family heirlooms that I knew nothing about, such as a British Merchant Marine cutlass that was given to my great grandfather by an elderly British retired Merchant Marine around the turn of the prior century. Or his father’s 100 year old fly fishing rig, or the even older than that rifles and shotguns, or a compass carried by a great, great grandfather on the plains of the U.S. during the hunt for Chief Joseph.

That last one is fraught for me since I know full well the sad history of how Native Americans were treated and robbed of their lands here. My dad’s side of the family were military officers for at least the 4 generations prior to his father, so there are bound to be some stories there that when looked back on from this time aren’t very happy to contemplate. I do hope to take some of these items to Estes Park if I am lucky enough to win a pair of tickets, and I really want to see that cutlass since I have no memory of it at all, probably because my folks realized that young kids and cutlasses don’t mix! 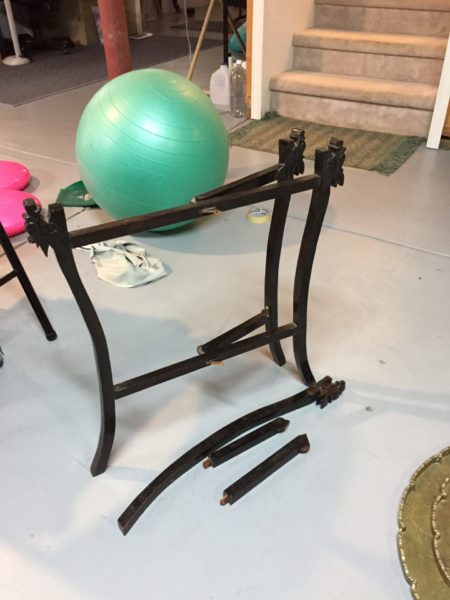 The first photo is of the wooden portion before it was repaired. 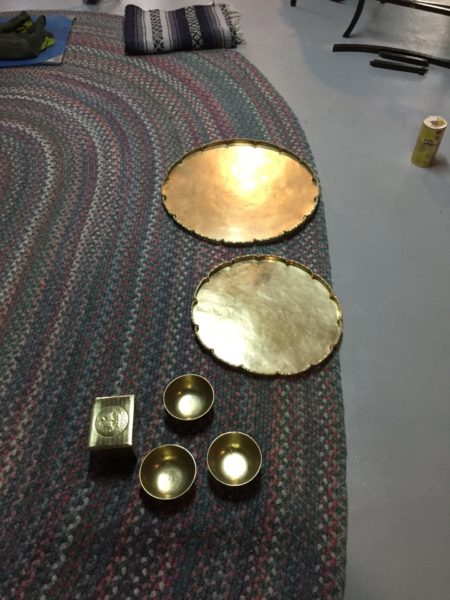 The second is of the brass parts after I polished them; I should have done some “before” photos of them. 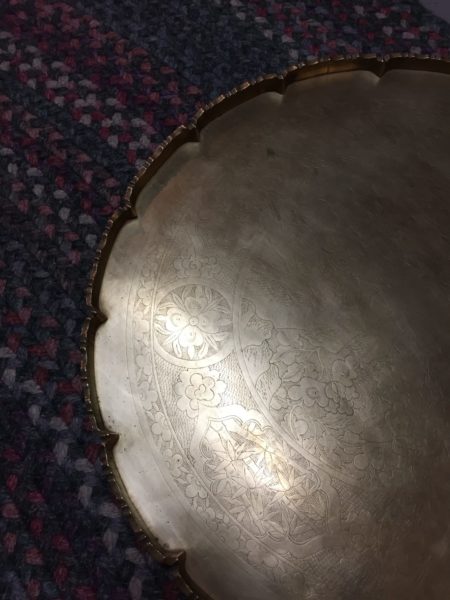 The third photo shows a bit of the etched surface detail on the brass platters. It is very hard to get a photo that shows this well since the surface is so reflective, but trust me, it is complex and beautiful. 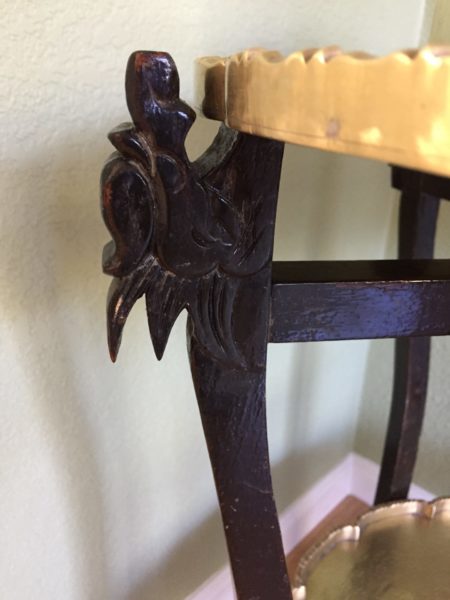 I have more respite material. I’ve been a bit underwater with Christmas prep, travel and work. Maybe this week I can get to the backlog of cute pets people have sent me.

Meanwhile here are Santa’s Danedeer, minus their antlers, because SOMEONE (looking at you Scout) broke theirs in their enthusiasm to remove them. 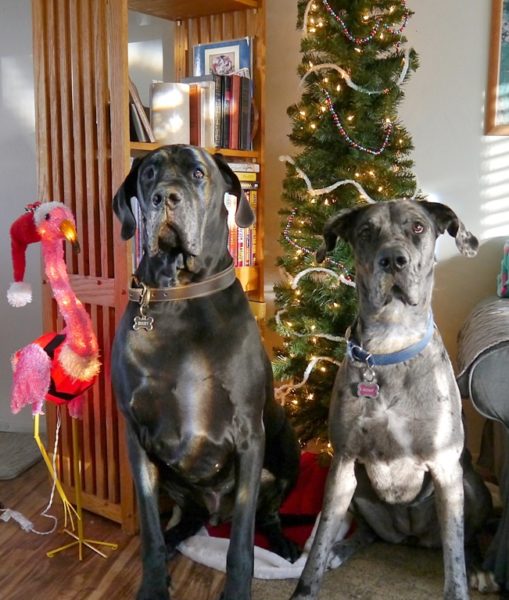 Oh, and that bookcase is the one my brother made for me in high school. It’s even more beautiful in person.