I think what Mitt did in voting for removal was genuinely honorable and even courageous, given the amount of blowback he’ll get from wingers. I predicted at the time that he’d get no love from the professional centrists for it, not even from those who said “McCain is Churchill” every time he wrote a sternly worded tweet. As predicted….

Instead of spending the past 3 years on Mueller and impeachment suppose Trump opponents had spent the time on an infrastructure bill or early childhood education? More good would have been done.

I said it once before (on twitter) but it bears repeating: Bret Stephens is bad but he’s just the frat boy who yells dumb stuff at women, pulls Cs in his classes, and coasts through life on daddy’s money and connections. David Brooks is the fraternity president who lies to the cops about the pledge’s body they stuffed in the chimney.

One thing that I’ve had the misfortune to learn as I’ve gotten older is that some people are bad. Not bad on the outside/good on the inside, not “flawed”, just bad, irredeemably, sociopathically bad. David Brooks is one of these people.

This also bears repeating: Only one thing matters: voting out as many of these clowns in the Senate as we can. Give here to the Balloon Juice Senate fund which is split between the eventual Democratic nominees in Maine, Iowa, NC, Arizona, Georgia, and Colorado. We’ve only got a few more days of trial so trying to raise as much as I can while the sun shines. I raised the goal to 25K. 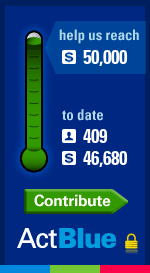