You are here: Home / Economics / Austerity Bombing / Kids These Days (Are F**ked)

Coronavirus is changing America hugely in the here and now–just look outside.

It’s also true that it will have a lasting impact on the country (and the world), and while prediction is hard, especially about the future, there is one obvious impact that will harm both millions of individual Americans and the long term economic health of the nation.

That would be what’s waiting for students graduating this June into a job market that for all intents and purposes won’t exist–likely for months/years to come.

TL:DR: it’s bad. Really bad. There are serious losses of income and long term wealth that produce knock-on effects on health and social factors in the lives of those who, by no fault or action of their own, happen to come into adulthood at just the wrong moment. 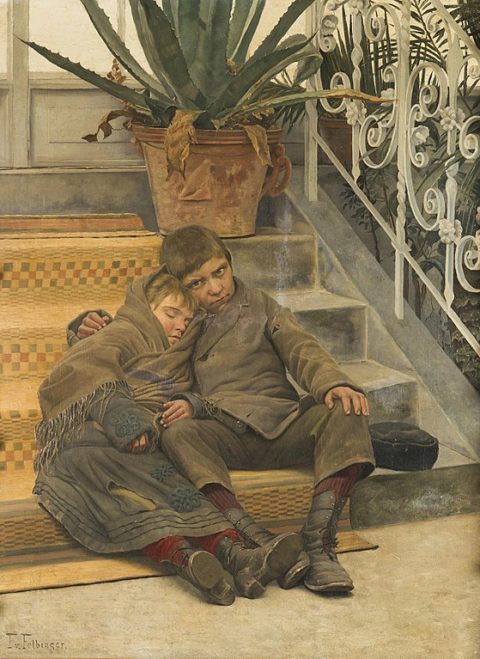 At this moment, we’re diving into what looks like a deep economic disaster that will wreck the dreams of millions of kids just getting started, and we are doing so because the Republican leadership botched both short and long term plans for a predictable event. This is social misery that is about to happen as a direct result of political choices made by Donald Trump and 40 years of decisions by Republican elected officials. We will need to drive that point home, until being a Republican ranks in popular estimation a couple of rungs below refurbished condom retailer.

To our sorrow, there’s a fair amount of research on  the natural experiments we’ve already endured that shwo what starting one’s career in such a moment does to both short term and longer prospects.  In 2006, a paper looking at Canadian college graduates between 1982 and 1999 showed that recessions have a significant impact on new graduates:

Our main results suggest that the average worker graduating college in a recession faces earnings losses that are very persistent but not permanent. On average, a two standard deviation increase in the unemployment rate (roughly comparing the difference between those exiting college in a bust versus boom) leads to an initial wage gap of about 10 percent. This gap declines relatively slowly, and fades to zero after about the eighth year. Controlling for unemployment rate conditions after the first year of labor market entry, we also conclude that virtually all of the wage deficit can be attributed to the unemployment rate variation in the very first year after leaving school.

Graduating at the wrong time affects the shape of careers; timing matters, in that the newest graduates suffer more than those with a toe-hold in the job market; finally, that average 10% loss masks the differential effects by income level. As usual, the poor suffer more (from the non-technical summary):

…initial random shocks affect the entire career. Graduating in a recession leads workers to start at smaller and lower paying firms, and they catch-up by switching jobs more frequently than those who graduate in better times. Third, some workers are more affected by luck than others. In particular, earnings losses from temporarily high unemployment rates are minimal for workers with two or more years of work experience and are greatest for labor market entrants. Among graduates, those with the lowest predicted earnings suffer significantly larger and much more persistent earnings losses than those at the top.

I’ve seen studies on the impact of the 2007-8 events that report similar patterns, but what really caught my eye was this one, published in January, 2020, by Hannes Schwandt of Northewestern and Till M. von Wachter from UCLA. Here’s the abstract, which captures the scope of its miserable findings:

We find that cohorts coming of age during the deep recession of the early 1980s suffer increases in mortality that appear in their late 30s and further strengthen through age 50. We show these mortality impacts are driven by disease-related causes such as heart disease, lung cancer, and liver disease, as well as drug overdoses. At the same time, unlucky middle-aged labor market entrants earn less and work more while receiving less welfare support. They are also less likely to be married, more likely to be divorced, and experience higher rates of childlessness. Our findings demonstrate that tempo-rary disadvantages in the labor market during young adulthood can have substantial impacts on lifetime outcomes, can affect life and death in middle age, and go beyond the transitory initial career effects typically studied.

Schwandt and von Wachter begin with background capturing how the picture of income and career costs have held up, and in some cases worsened since the earlier research I linked above:

Losses in cumulated lifetime income implied by typical estimates per se could lead to lower wealth accumulation, and there is some evidence of reductions in housing wealth among individuals coming of age in the Great Recession (e.g., Dettling and Hsu, 2014). Several studies have documented lasting changes in occupational choice (Oyer, 2006, 2008; Altonji et al., 2016) and employer characteristics (Oreopoulos et al., 2012), and Kahn (2010) finds that 1982 college graduates may begin to lose ground again around 15 years after job entry.

So yeah: graduating in a recession is not what you want. But here’s the killer, literally:

For cohorts coming of age during the early 1980s recession, a temporarily higher state unemployment rate at the age of labor market entry leads to precisely estimated increases in mortality that appear in the late thirties and increase until age 50. These increases in mortality are driven to an important extent by a rise in both disease-related and “external” causes, including lung cancer, liver disease, and drug poisoning.

Aside from early death, effects of entering the job market in crap times make life suck in many ways:

We also find entering the labor market during a recession has a substantial impact on a broad range of measures of socioeconomic status in middle age, including a decline in marriage rates, a rise in divorce rates, and a decline in family size. We also find that after initial recovery in their mid-thirties, adversely affected entry cohorts suffer a reduction in earnings as they reach their mid-forties.

And there are interesting (if that’s the word) distinctions in outcomes by race that may help explain Trump’s appeal to folks whose interests he assaults:

Finally, while the effects on overall mortality are similar by race, increases in deaths of despair appear to be chiefly concentrated among white, nonHispanic men. White men also tend to experience a decline in earnings in midlife and tend to experience larger reductions in family stability than their non-white counterparts. This is despite the fact that non-whites experience larger short-run effects on earnings and other outcomes… 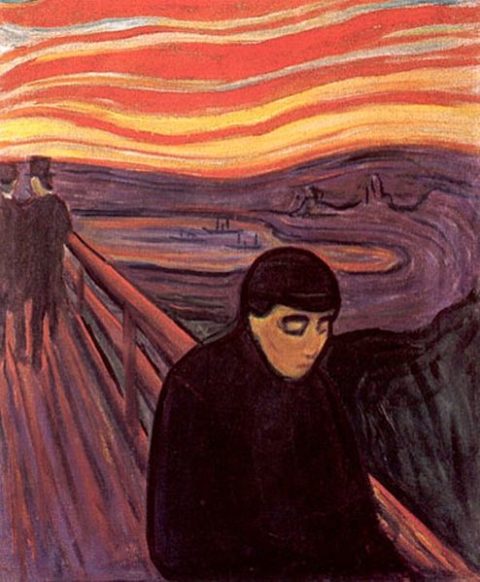 In sum: the Trump recession/depression that is beginning right now will damage the hopes and prospects of a generation for a generation.  It will affect us all, including those of us fortunate enough to start our careers in better times, as millions of Americans will have less of chance to lead the fully productive/creative lives they could–and thus our economy and culture as a whole will lose what could have been.

There are some responses that could mitigate the worst effects, it seems to me, and I’m going to be getting in touch with my legislators to push them. First, the most obvious, is to forgive any tuition debt incurred this year. Second, almost equally obvious, would be to forgive it all, certainly for students currently in college, but better, for everyone, as that would be an instant stimulus/support. If students graduating now or over the next few years didn’t have to pay down a debt that the crappy job market will make yet more intractable, they would have more flexibility, more resilience, and hopefully both a better short term and more healthy and emotionally robust time as the years roll by.

And the other urgency, of course, is to not do what Hoover did, and Trump and McConnell and the rest of the junta are doing now: dither over a response that in its first iterations is clearly inadequate to the task. The best thing to do when facing the prospect of double digit job losses is to throw money at anything that (a) keeps folks alive and (b) offers jobs that pay wages.

It’s really not that complicated: don’t burden the most vulnerable with the hardest road to hoe; give them a leg up in hard times. And drop cash from helicopters.