I hope you are all enjoying these posts as much as I am!

The topic today is Moving in the Military, from Leto’s perspective.  Next Saturday, we’ll hear Avalune’s perspective on moving. 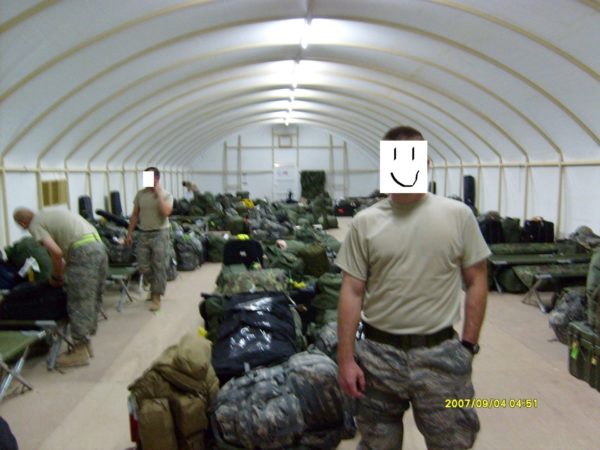 Take it away, Leto!

This week Avalune and I will talk about moving around in the military. I know the direction of her post so I thought that I’d explain why the military moves us around so much from a Professional Development angle. It essentially boils down to two factors that intertwine: job and leadership experience.

I’ve spoken about this before but my job encompasses are large array equipment. Most Air Force careers (AFSC: Air Force Specialty Codes, otherwise known as MOS: Military Occupational Specialties in Army/Marine parlance, SWABBI in Navy talk) are similar, but none more so than Communications. Over the course of my 22 year career I’ve gone through three different career field mergers, as well as absorbing two to three different career fields into mine. What that means is that by the time you hit my rank/time in service, you need to understand how a lot of different systems interact to bring the whole mission together. While there are overlapping systems at each base, most bases have different subset functions as their specialties. Part of that is due to base closures consolidating many different skillsets/missions into an ever smaller number of bases, the military not wanting to put all of their eggs into one mega base/basket, as well as the political calculus of not wanting to lose jobs in their districts.

Regardless of those, we want well rounded/developed Airmen and the only way to do that is moving them. Staying at one base for 20 years at a stretch is essentially job knowledge suicide. This is something the Air Force recognized during our war years when we deployed many of our people. Many of them got down range and essentially said, “What’s that? I’ve never seen that. I’ve been at base X for the last 12 years and we don’t work on that.” So while technically that person was qualified to deploy, they’re a waste of space.

Which dovetails into the next item that we want to develop: leadership skills. I don’t know if it was intended, but I think it’s a positive byproduct of the officer system which is mandatory move every 2-3 years. Being around the same people, year after year, has both positive and negative effects. While you do get to know your people really well, that can lead to being too comfortable. It can also lead to cliques forming. Not to say that doesn’t already happen, but the long term effects of those can turn deadly. There’s a safety incident I would tell my students as an example of poor leadership that involved the misfire of the A-10s main weapon, the GAU-8 (BRRRRRRRTTTTTTTT). The incident involved the NCO not following proper technical order procedures during a weapons test which resulted in the gun firing indoors through 5 walls, almost killing 8 people. When they did a root cause analysis of the problem they found that it was poor leadership stemming from a shop that was “too familiar” with each other. Leadership didn’t provide proper oversite. They’d been around each other too long. They’d become too familiar.

Moving people around exposes them to new ideas, new ways of doing things. Maybe that great idea that Sgt Bob had will work well at his new base. Maybe Sgt Jane is the person we need to help course correct Airmen Dingbat. Not only are we moving them around to give them better skills to be able to handle different jobs, but we’re also giving them more times to develop their interpersonal skills so they’ll know how to lead/manage/interact with their people. That in turn produces some really good people… of course on the flip side, we still have some really bad people (for my vets: nope, that hasn’t changed. SSDD) Some are excellent technicians, but they have the interpersonal skills of a brick. Some were great managers (office types), but I wouldn’t trust them to screw in a light bulb. The military isn’t any different from the civilian sector in this regard: you want people who are both job and human competent. It’s something that we continue to invest a crazy amount of money to figure out how to do. I like to think that, on par, we’re getting better. Fingers crossed and all!

As always I hope this gives everyone a little better insight into why we do what we do. Again this is focused on the active duty enlisted force, but it holds relatively true for officers as well. I’ll be around for the next few hours to answer questions, so have it!

Reminder: Leto & Avalune are standing by for real-time conversation about this post on 3/25.  That’s this Wednesday around 8 pm.

The Imperial College Modeling Of The Coronavirus
Next Post: No Joseph Welch Moment »