Charles Pierce said it all about what Trump and his acting (of course) Navy Secretary did to the captain of the USS Theodore Roosevelt.

The Roosevelt, you’ll recall is the aircraft carrier that suffered a coronavirus outbreak while on deployment. It is essentially impossible able to isolate infectious patients on naval vessel.  US carriers are huge–the Roosevelt is 335 meters long (inevitably: more than three football fields), but it’s full of stuff, and there’s not actually that much space to put people, especially folks who need to be kept well away from everyone else.

Its captain, Brett Crozier, asked, then begged his superiors for permission to get the sick sailors off his ship, and to quarantine the carrier for the time necessary to ensure that the infection would not sweep through his whole crew, inevitably killing some of them. 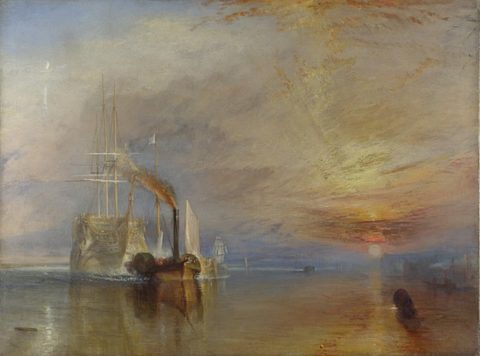 This will require a political solution but it is the right thing to do. We are not at war. Sailors do not need to die. If we do not act now, we are failing to properly take care of our most trusted asset — our Sailors…Removing the majority of personnel from a deployed U.S. nuclear aircraft carrier and isolating them for two weeks may seem like an extraordinary measure…This is a necessary risk. Keeping over 4,000 young men and women on board the TR is an unnecessary risk and breaks faith with those Sailors entrusted to our care.

Nothing happened until Crozier’s letter leaked to The San Francisco Chronicle. (It’s not now and may never be known who leaked it; possibly Crozier himself.) Once that letter became public, two things followed. As Pierce writes,

Almost immediately, acting Secretary of the Navy Thomas Modly acted like any acting secretary of anything in this administration* can be expected to act. He initially refused Crozier’s request and then, when the public heat came down, he allowed the afflicted member of the crew to be brought ashore. Then, on Thursday, he relieved Crozier of his command.

Modly’s explanation is a masterpiece of Trumpian malign weaselry:

Captain Crozier had allowed the complexity of his challenge with COVID breakout on the ship to overwhelm his ability to act professionally…(Pierce’s emphasis.)

There’s not much to add. Adam and others on this blob more closely connected to the military than me can chime in, but I’m quite sure that there is no way Crozier didn’t understand what would follow from his decision to protect his crew.  A career on the fast track to flag rank is now dead.

Crozier is the kind of leader I would want if  I or anyone I cared about had to go into harm’s way.  His subordinates agree.

Donald Trump does not:

A Navy commander’s written alarms about a coronavirus outbreak aboard his aircraft carrier “looked terrible,” President Donald Trump said Saturday, as he praised military leaders who removed the USS Theodore Roosevelt’s top officer from his post.

A) I hope that military voters take note.  And B):  That Trump and his criminal, and criminally incompetent administration have made a ritual sacrifice of Captain Crozier is not just an act of petty and petulant vengeance.  It measurably weakens US national defense.

We cannot rid ourselves of these malignancies a moment too soon.

Image: J. W. M. Turner, The Fighting Temeraire tugged to her last berth to be broken up, 1838.