In case you missed the introduction to the series:  Military Life: Two Perspectives with Leto and Avalune, An Introduction

The topic today is It’s a Wrap, with Leto & Avalune.  We get to hear from both of them, just as we did in the introductory post. 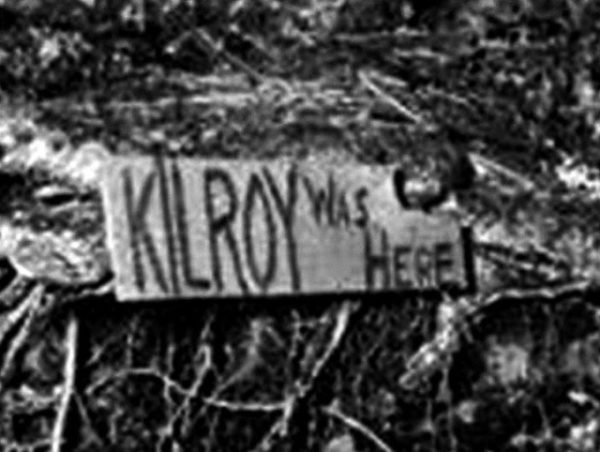 I want to offer my profound thanks to Leto & Avalune for the time and effort they put into this, and for the thoughtfulness that has been apparent throughout.  I have loved this series, a window into a world that is not my own, touching me in unexpected ways.  Now with exceptional storytelling!  It’s my hope that others who participated have appreciated it, too.  ~WaterGirl

I’m sitting here staring out the window while a cursor flickers in front of me. I’m like the dog when she pretends something is very interesting in the distance and it’s definitely not your food but if you happen to want to give her some food… All the other subjects have been easy; deployment, moving, and work. Easy to write about, easy to be reasonably clever. But we’re supposed to wrap it up and I still haven’t talked about it.

It. What is it exactly? It’s an idea. It’s a feeling. I don’t have the smooth words. I don’t have the fully functioning sentences. It’s all red colors and the smell of spent fireworks. It’s not patriotism exactly but I don’t know what else to call it. I put off writing this post. We had more things to say but didn’t know how to say them and work became busy because the people in charge suddenly realized that if everyone is trapped in proximity to their work computer, they can be at work at anytime and if everyone is just glad they still have a job, they can be at work all the time, and it was so much easier to not say them at all.

I want to be proud of our service. Of his service. It is a sacrifice. I won’t lay out why or how it is a sacrifice again, you all know that. I’m not here to trigger your liberal guilt. I don’t want a parade. I don’t want a medal. I don’t want to be held up on a pedestal. I want to believe that we accomplished something bigger than us and for the good of the people. We dedicated ourselves to this country, like so many others, and we just want it to meansomething. It was a huge part of our lives and continues to be.

The military was built to be a weapon but now it is also a weapon of a different kind. We are an idea. We are a purebred dog, trotted around the ring when someone wants to make a statement, or confuse the topic and get away with something. We are a cultish icon. The Troops. We are deflection. Think of the troops! We are a shield for cowards to hide behind. We are stuck in middle. Our patriotism and pride turned against us, twisted.

We’re in the middle.

I was taking around a laboriously hand drawn poster for signatures. It was almost Veterans Day and the poster was to thank the troops. As an adjunct signed the board he proceeded to tell me that military members are nothing. They are just men, they are no better than anyone else and they need to remember that. He told me he spent a lot of time in his class telling veterans that they didn’t go up on a pedestal. It was a job, lots of people had jobs and were away for their jobs, so that sacrifice was no better than any other sacrifice. The part of me that hates the pedestal agreed with not putting military on pedestals but another part of me was screaming, but do you have to worry about missiles being fired over your workplace while you stand up there on your own pedestal of privilege shitting on the veterans in your classroom? Yes, totally, the Kuerig being out of K cups being the biggest problem of your day is totally just like watching a helicopter full of people from a bombed wedding.

So how do you reconcile that?

I both love and loathe the Veterans discount at stores. I like saving money, who doesn’t, but at the same time it’s a no brainer, throw away item. It doesn’t cost the store anything. There’s no real sacrifice to it. It’s a marketing ploy designed to make it look like a certain store/brand cares. When we were living overseas, one of the standard force protection measures was to minimize your presence. Don’t talk about being in the military, don’t talk about your job, try not to stick out. What that means is that you don’t ask to see if a store has a discount for you. After 6 1/2 years, the thought of asking for that became a foreign concept. When we did return, that attitude was still there.

It was extremely hard for me to volunteer that information up to a cashier, and it still is. I get that they want to recognize my service, same as the police/firemen/emergency responders, but at this point, almost 19 years after 9/11, it feels like another simple transaction. Like I’m entering my reward points number at the local grocer. There’s a hollowness to it.

On an individual level, I think there’s an appreciation. I think most of their “thank you for your service” responses are genuine, even though I’m like so many of my peers/generation that absolutely hate that phrase. I try to remember that they’re trying the best they can, although I’m hoping it’s that and not some automated response (“Thank you for your service, beep boop!). I feel like a lot of the patriotism around the military has become an automated response. Another consequence of the post-Vietnam guilt response from our country.

I’m proud of my service, proud that I served my country, proud that my family was as strong and resilient as they were/are, but I also don’t want to wallow in that forever. It’s but one facet of me. I’m taking my cue from previous generations: they came home, put down their weapons, and picked up building instruments. There’s a reason so many vets go into professions like teaching, building, and the crafts. They want to continue to serve, they have a need to serve. It’s that service, the one to help build a better community/nation/world, that I want to thank.

As we close this out we’d like to take this opportunity to thank WaterGirl and John for giving us a chance to talk to everyone about this.

And we want to thank you. All of you who read this series, or even parts of this series. The other military vets and families who chimed in with stories about their lives in the service or service adjacent. Thank you for your compliments and encouragement. Thank you for seeing us, because when it’s all said and done, that’s what we want. Not the parade in our honor. Not “Thank you for your service.” Not the liberal guilt. We just want to be seen and understood.

Avalune and Leto Were Here