You are here: Home / Open Threads / On This Day Seventy Five Years Ago…

The formal closing of the European Theater of Operations came on May 8th, 1945, when German representatives, signed unconditional surrender documents for a second time, now in Berlin.

The same surrender had been completed the day before at Eisenhower’s headquarters in Reims–but the point had to be made to stick, as it hadn’t in November 1918.  The capitulation had to come at the heart of the German nation, Berlin, and it had to acknowledge the fact that Hitler and his Germany had been defeated not just by the Western Allies, but by Soviet Russia as well. 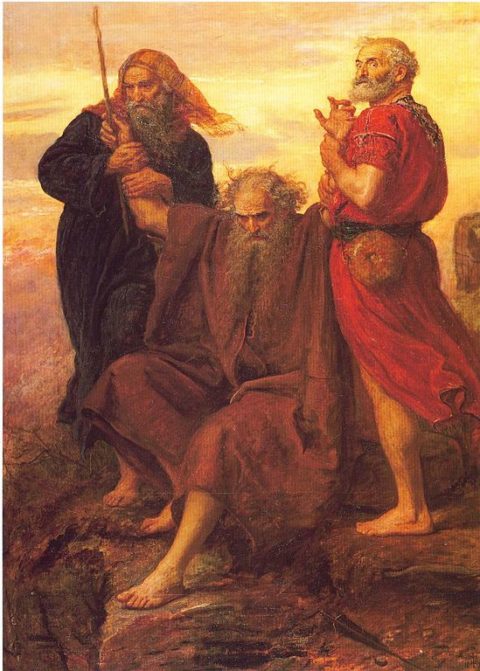 The cease fire began early in the morning on May 7th, though it would take time to get the word out to all combatant units, including U boats.  It was then that the Supreme Commander, Allied Expeditionary Force sent his famous, elegantly laconic dispatch:

A few hours after Eisenhower’s cable went out, but before the news had spread to every corner of contested ground, Pfc Charley Havlat, a member of a reconnaissance platoon in the 803rd Tank Destroyer Battalion, set out on patrol.  Havlat, the son of two Czech immigrants to the United States, had landed with his battalion at Omaha Beach, and fought across northern Europe, through some of the most bitter and wretched battles of the war:  Aachen, the Huertgen Forest, and the Bulge.

On that last morning of the war, Havlat’s platoon was tasked with patrolling an inconsequential-seeming patch of ground in Czechoslovakia, a few miles over the border from Germany.  As the men advanced down a dirt road, a German unit ambushed them.  Havlat was killed almost immediately.  His platoon kept up the firefight, until their radio operator finally got word that the official cease fire had begun about nine minutes before the clash had begun. (My account comes from this source.)

Private first class Charley Havlat is believed to be the last American killed in the European war.

I do not want to politicize this moment of remembrance, but I will say this: what the Allied armed forces encountered on their last push into Germany was the first direct American (and British) experience of the utter depravity of German murder-industrial complex. Any person who tolerates in the slightest way, or worse, expresses sympathy to those who pay homage to that regime, representations of its symbols, evocations of its ambitions and aims–anyone who says of a confrontation with American Nazis that “there are good people on both sides” or “the protestors have a point”–is beneath contempt.  Any party that permits such a person to lead them is beyond redemption.

And with that, I plan to raise a glass this evening to a mission fulfilled.

Previous Post: « Repub Stupidity Open Thread: There Is No Parodying These People
Next Post: Friday Night Open Thread: This Timeline Has Crossed the Weirdness Event Horizon »