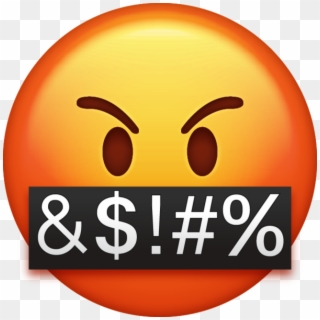 I undertook my every two to three week stress creation exercise known as grocery shopping this morning. As many of you are tracking from my comments, I’m shopping for my mom and myself. She’s 77, had a triple bypass back in 1998, but is in otherwise excellent health for a 77 year old. She exercises several times a week using my TRX and she walks with me every night when I walk the dogs after dark, which is a 2 to 2 and 1/2 mile walk depending on the route we take. But my one goal, MY ONE FUCKING GOAL, is getting her through this safely until she is either vaccinated or Dr. Fauci knocks on the front door and says it is safe to come out!

So I went to do my every two to three weeks shopping this morning for us. First bad sign: several of the bag boys collecting and wiping the carts down either not wearing their masks at all or not wearing them correctly – as in over the mouth, but under the nose. Inside the store the vast majority of the people in the store were wearing masks and trying to maintain distances, as is always the case, there were a bunch of white guys, most older, one or two younger, looking like they hadn’t bathed in several days, not wearing masks, not trying to maintain distances, and just generally being oblivious. I managed to work around them. And, of course, one white woman with chemical blonde hair who clearly was coming to the store from whatever event required pearls to be worn at 11 AM on a Friday in June in Florida.

And then I got to the checkout… Neither the woman running the checkout, nor the bag boy were wearing their masks correctly. Over the mouth, but under the nose. I asked them, politely, “would you please put your masks on right?” She said sure and did. He did, I then asked for paper double bagged, and looked at him and he’s glaring at me. And that was the point where I decided to audition for social media! I said to the woman checking me out to please give me back the stuff she’d scanned – two items – and I’d go find another lane. She replied with: “I fixed my mask”. I said: “Ma’am, you’re fine, but I don’t need to be eyeballed by a 15 year old idiot for asking him to do the right thing. Please give me back my stuff, I’m going to find another lane.” They both looked at me like I was nuts. And that’s when my volume went up and the FUCKS were deployed. I got my stuff back in my cart, the manager who watched this whole thing go down approached me and asked if she could check me out in the next lane over and I replied with: “Thank you, as long as he stays 20 feet away from my stuff”. I then looked at him one last time and said: “I wasn’t afraid of ISIS when I was in Iraq, I’m not afraid of you so just stop glaring at and eyeballing me”.

I then took my groceries to the other lane, thanked the manager, explained I wanted paper double bagged, and reinforced that the woman checking me out was fine. That I know the store can’t do anything about the idiots that won’t wear masks, follow the aisle directions, and maintain distance, and that I appreciate what the folks at the store are doing, but I shouldn’t have to FUCKING ask the checkout boy to put his mask on right and when he does I shouldn’t have to be FUCKING glared at when he does. And that this is clearly an individual personnel problem. They checked me out, I paid, left the store, put my bags in the car, brought my cart back up to just outside where they clean them for the customers, went back to my car, wiped my self down with a disinfecting towel, got into my car, started it, took my ball cap off, my eye protection off and wiped it down, used a wipe to take my mask off, wiped my face down, and drove home. Where I cloroxed wiped and cool soapy watered my groceries down, put them away, stripped and put my clothes in the washer, and showered like I’d just come from a CBRN contaminated site.

And before anyone says anything, I got away with doing this because I’m a white guy who is the 5’11 scale version of the guys who do strongman competitions. I am well aware of why no one called the cops or tried to shoot me, though given it’s Florida, I’m frankly a bit amazed at that last bit.

My final thoughts from today’s excitement. Americans have four jobs right now as Americans: 1) stay home as much as is practically possible; 2) wear a mask, and do so properly, when out in public with the exception, of course, of being on your own property, working or exercising in your yard or driveway, and/or walking/walking the dog, running, cycling late at night/early in the morning when no one else is around; 3) socially distance 6 feet or as close to 6 feet as possible when in public and especially when in indoor spaces; 4) wash your hands often! That’s it. We put people in jail during World War I for violating meatless Mondays, for not buying war bonds, and for making fun of President Wilson and/or his mother. We don’t talk about it, we tend to pretend none of that happened. But if we can tolerate presidentially created and endorsed authoritarianism so that Wilson could make the world safe from future wars, we can wear masks properly and maintain appropriate distances while outside.