You are here: Home / Open Threads / Let’s Compare Notes: What’s Your Campus Gonna Do This Fall?

So, taking a break from futile raging on Twitter at the latest “Free Speech For Me But Not For Thee” bullshit (an Open Letter in Harper’s, signed by folks you’d expect–Pinker, Weiss, Brooks, etc.–and some you wouldn’t, like Margaret Atwood and Wynton Marsalis), I’d like to make good on a threat from over the weekend.

That would be to posts a thread in which the many Jackals who work in education, K-12 and higher-ed, to compare notes on whose doing what come the fall.

I’ll start.  MIT gave more details about its plans today, adding to the outline they’ve been circulating for a few weeks.

The short form: seniors will be welcome (but not obligated to be) back on campus for the fall, along with “a relatively small fraction of other students whose circumstances require special consideration in terms of their safety, living conditions, visa status or other hardship.” So, more than 1/4, likely much less than 1/2 of the undergraduate student body. Seniors will likely not on campus in the spring, as the MIT leadership wants to ensure that all students have access to campus at some point in the year. 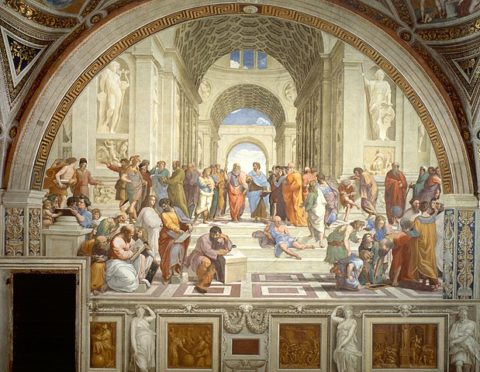 As far as the money goes. MIT’s cancelling a planned tuition increase, and give $5,000 as a tuition grant to every student. (If with aid a student’s bill is less than $5 grand, the bill will just be zeroed out.) Apparently the total aid budget will be increased, and the cost of off-campus living will be factored into aid decisions, and every student will be offered a research, teaching or service job to be paid up to $1,900.  So, yeah, MIT is effectively reducing its tuition a bit–about 10% of its rack rate, more as a percentage of what almost all students actually pay.  The most MIT aspect of this COVID support is the tech side:

Because the ability to collaborate on p-sets and projects is so essential to the MIT experience, we will loan a cellular-enabled Apple iPad and Apple Pencil to any undergraduate student (or graduate TA) who does not already have one, or who wishes to upgrade relative to what they own…As we did last Spring, MIT will loan wifi hotspots and computing equipment, including laptops, to those who need them.

Other than that: tests for everyone on campus as often as twice a week.  No cooking in the dorms, and MIT will subsidize meal plans.  No access to campus at all for students not in residence. Greek houses have to shut (no way to keep them safe and be sure the rules stick).

All in all, I’m pretty comfortable with these decisions. First semester seniors are working on final research projects and the like, so it makes sense that they would be most able to get something out of an even greatly constrained stay. The campus is really being imagined as a bubble, to be separated as much as possible from the outside world. To the extent that can be made to stick, it just might work.  And the administration seems to be taking the financial needs of the community seriously.

Of course: MIT, though not Harvard-rich, is still a very well-resourced university. We can take a tough budgetary year. And we have a lot of technical capacity to draw on. This isn’t available to everyone, and America’s education system is in a world of hurt.

Anyway–over to you all: what’s happening in your institutions, or in places you know about, and how much confidence (or terror) do you feel right now?