Michael Schmidt is a reporter for the New York Times.

Everything in his book is something he could have reported for the New York Times when it was timely. https://t.co/wBOpSkeVrZ

And the NYTimes is only too happy to cross-promote the ‘savvy’ of both their reporter and his employer:

… Schmidt, a New York Times correspondent in Washington who was part of two teams that won Pulitzer Prizes in 2018, including one for coverage of Trump’s Russian-inflected scandals, portrays an administration in which all aides may as well always have a resignation letter ready as a safeguard against an angry, flailing president detached from commonly accepted reality. This is a meticulously reported volume that clearly benefits from the author’s extraordinary access to many of the relevant characters, but also from his subjects’ tendency to record, in detail, their time around Trump…

The narrative is sometimes cinematic. It opens with Schmidt chasing down McGahn outside the White House’s front gates and eventually getting him to concede, “I damaged the office of the president; I damaged the office.” It’s a breathtakingly revealing admission from the White House’s chief lawyer and the architect of Trump’s effort to appoint as many conservative judges as possible. (Schmidt says, “I thought he was still understating the gravity of what he had done.”)

McGahn, a staunch libertarian, was frequently in over his head with the lawless president he nicknamed “King Kong,” and he struggled with his highly unusual extended contact with Mueller’s team. Still, despite getting close to resigning, McGahn stuck around far longer than his apparent misery and frequent attempts at principled stands would suggest, largely because of his judicial project’s success. It was only after Trump granted a woman clemency at Kim Kardashian’s request that McGahn knew he truly had to leave the White House. He could no longer abide the accumulation of Trump’s actions…

… Comey was always deeply interested in maintaining his and his agency’s public credibility — especially after his wildly controversial intrusions into the 2016 campaign over Hillary Clinton’s emails. After he was fired by Trump, he text-messaged a friend: “I’m with my peeps (former peeps). They are broken up and I’m sitting with them like a wake. Trying to figure out how to get back home. May hitchhike.” It’s just one example of the clearly extensive access Schmidt had to Comey and his wife.

“Donald Trump v. the United States” is full of gritty details about what it’s like for a plugged-in journalist to report on Trump’s intrigue, ranging from the time Schmidt shepherded a valued source to and from the airport, to his learning, secondhand, about a Justice Department official soliciting dirt on Comey at a Cinco de Mayo party. At one point, Schmidt writes, he shattered his cellphone and didn’t fix it for a week because there was too much news; he ended up with pieces of glass in his hands.

More interesting, however, is the constant flow of shocking anecdotes: Schmidt writes that Mitch McConnell fell asleep during a classified briefing on Russia, for example…

But the journalistic stigmata! Such a cinematic detail!

END_OF_DOCUMENT_TOKEN_TO_BE_REPLACED

Welcome, Dextrous.  So glad you delurked!  That last photo is simply enchanting.  ~WaterGirl

Hi, I lurk and enjoy this board and thought I could contribute to this great series. This is from the first family vacation we took, 18 years after having kids.

END_OF_DOCUMENT_TOKEN_TO_BE_REPLACED 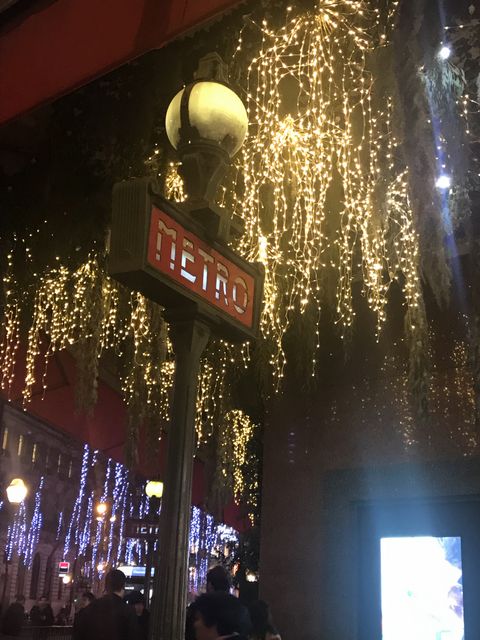 The holiday lighting was only white lights.

SiubhanDuinne recently came across an article which said this:

“Would it be too much to pray for a day when the Bible gets a ‘Book of Trump,’ much like it has a ‘Book of Esther’ celebrating the deliverance of the Jews from ancient Persia?” Miriam Adelson wrote in a column published July 6 in the Las Vegas Review-Journal, a newspaper owned by the Adelsons.

[Editor’s note: holy crap!  And yes, it absolutely would be too much, unless it were written by our very own SiubhanDuinne.  Without further ado, we bring you…]

THE BOOK OF TRUMP

1 In the beginning was the Drumpf. And the Drumpf was called Friedrich. And in those days, Friedrich did dwell in the Kingdom which men called Bavaria.

3 And Friedrich said, Nay, nay, not so but far otherwise. And he said, I shall not fight and die for this Kingdom of Bavaria, but shall travel to a distant land, beyond the land men call Canada, and there shall I seek my fortune.

4 So Friedrich of the Tribe of Drumpf journeyed for forty days and forty nights, and his journeying did take him to the territory known as Yukon.

5 And Friedrich fell upon his knees, and blest the land which was Yukon. And lo, he gazed upon the men of many strange tribes, who sought gold there, and he spake these words:

END_OF_DOCUMENT_TOKEN_TO_BE_REPLACED

I just wanted to thank you all for helping David’s niece and her family. That was very decent and generous of you, and not only did you help them, but you helped me, because this has been such a shitty couple of years that seeing decency and generosity was such a nice respite from all the ugly.

END_OF_DOCUMENT_TOKEN_TO_BE_REPLACED

"Don't make a bucket list, a list of things to do, but rather a bucket of memories.

"Whatever it is you want to do, just get on and do it."

Kerry Irving was confined to his house and considering suicide after suffering an excruciating back injury in a car accident. But then he met Max, a yard dog who gave him a new purpose in life. The BBC joined them for a walk in their native Lake District…

In 2006 his car was rear-ended by a lorry, leaving him with crippling back pain.

He spent the following two years barely able to move, declining into a deep and seemingly irreversible depression.

Then one day, having been persuaded by his wife of 22 years Angela to walk to the local shop to get some milk, he met Max.

The then one-year-old poked his nose between the bars of a backyard gate and the two struck up an instant friendship.

Kerry suddenly had a purpose to go out – to see Max.

Max’s owners were struggling to give him the time he needed so were happy for Kerry to take their dog out for walks.

“It’s always been about the eye contact with Max, the way he looks at you and you just feel he cares,” Kerry says, as Max sits a short way away, appropriately enough gazing at us as a soggy stick hangs from his mouth…

He started putting pictures of Max on his business’s Facebook page and found that, perhaps not unsurprisingly, people were more interested in snaps of a spaniel than they were images of deconstructed locks…

“I started getting all these messages from people telling me how just seeing pictures of Max cheered them up,” Kerry says, as we stroll in the shade of the rocky outcrops of Low Riggs.

“And they started telling me their problems too.

“I understand it – if you see someone with a dog, they already seem friendlier. We stop and talk to people who have dogs, and something about Max just made people open up.

“I never used to want to talk about depression, but now I’m perfectly happy to because I have found that just talking about such things lifts them off your shoulders.”…

There are more big pictures at the link, and they are fantastic.

END_OF_DOCUMENT_TOKEN_TO_BE_REPLACED

I’ve only seen bits and pieces in clips, but from that, I’ve concluded that Biden gave a helluva speech today:

BIDEN: “We have arrived in a moment in this campaign that we all knew we would get to: The moment when Donald Trump would be so desperate he would do anything to hold onto power. Donald Trump has been a toxic presence in our nation for four years.” pic.twitter.com/ecJq4cZHHZ

A couple of notable quotes from the clip:

“Trump has sought to remake this nation in his image: selfish, angry, dark and divisive.”

Some of the usual Beltway suspects were opining that Trump has cleverly forced Biden to play on Trump’s LAW & ORDER turf. They say Biden would rather focus on Trump’s catastrophic mismanagement of the pandemic than address the civil unrest happening in some cities. I call bullshit on that narrative. TRUMP is the one who’s heaping praise on gun-toting psychos who are riding into cities flying Trump flags on their $45K pickups to stir up violent confrontations.

The anarchists and opportunistic turds who are looting businesses and burning buildings aren’t wearing Biden merch, and Biden of course has denounced those activities all along and did so forcefully today. They aren’t Biden’s base. They aren’t Democrats. The militia shitheads ARE Trump’s base, and they are Republicans, so if anyone has his balls in a vise, it’s Trump, not Biden, because Trump doesn’t dare denounce the militia goons.

Oh, and Biden got in plenty of shots about Trump’s COVID-19 clusterbumblefuck, plus he mocked the idea that he (Biden) is a socialist Trojan horse:

Biden: “You know me. You know my heart, you know my story … ask yourself: do I look like a radical socialist with a soft spot for rioters? Really? … the simple truth is Trump failed to protect America, so now he’s trying to scare America.” pic.twitter.com/P8c9BTG0B1

END_OF_DOCUMENT_TOKEN_TO_BE_REPLACED

That is all I can really say right now.

You all have made life a bit easier for my niece and her parents.

I am overwhelmed and amazed and stunned at how generous you all are.

Thank you. I hope that I never have to come back and ask again as that will mean Claire is in remission and her and her parents will have only the normal worries of life. I knew all of you all are generous as fuck but I never counted on being able to put this ask out before my first cup of coffee and having you all pitch in by the time I finished my lunch.

As a final note, we’re not going to be upping the goal, even as John has suggested. However, we all will be extraordinarily appreciative of anything and everything you all have given.