In October 2017, the Trump Administration terminated direct payment of Cost Sharing Reduction (CSR) subsidies to ACA individual market insurers. CSR payments reimburse insurers for lowering deductibles and other cost sharing for individuals earning between 100% to 250% Federal Poverty Level (FPL) who bought silver plans. The legal rationale was that the ACA, as it was passed in a scramble without time to do a thorough copy-edit of the Senate approved text, did not explicitly appropriate funds for CSR payments. The policy/political objective was to monkey-wrench the ACA by forcing insurers to take on multi-billion dollar losses in 2017, and 2018 and thus force insurers to flee the market. This might have worked in May but by October 2017, it failed.

That part did not work. Insurers and states came up with a wide variety of methods to mitigate most if not over-mitigate the damages that CSR non-payment would cause in 2018. The most common method is called “silver-loading.” Insurers placed the entire cost of CSR benefits that the were still required to provide, into the premium of only the silver plans. This is important because the other, more common and less means tested subsidy is the premium tax credit. Premium tax credits are the gap filler between the the individual’s expected contribution which is a function of income, and the gross premium of the silver benchmark plan. As silver premiums went up faster than bronze or gold premiums, not-silver plans became much cheaper for subsidized buyers in 2018 and beyond than they were in 2014-2017. Andrew Sprung and I found that silverloading and changes in relative prices probably bought back quite a bit of enrollment that otherwise was being lost due to Trump administration actions.

Silverloading mitigated most of the damages. Insurers still sued. Insurers asked to be compensated for 4th Quarter 2017 when there was no silverloading and going forward from 2018, insurers were asking for full, unmitigated damages as well. In 2019, insurers won initial decisions of full and ongoing damages. Nick Bagley explained: 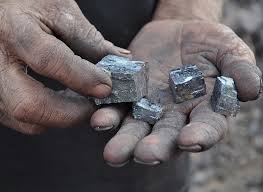 The litigation to recover cost-sharing money has heated up in the Court of Federal Claims, with potentially enormous consequences for the public fisc. As matters stand, three federal judges have now concluded that the United States is liable to insurers for missed cost-sharing payments. If their decisions stand, insurers could recover roughly $12 billion a year, every year, until Congress intervenes to stop the bleeding….But he echoed Judge Sweeney in saying that “[n]owhere in the legislative history, statutory text or implementing regulations are CSR payments subject to alteration based on the availability of offsetting funds derived from premium increases permitted by state regulators.”

In other words, three different judges—two appointed by George W. Bush and one by Obama—appear impatient with the government’s argument that insurers have mitigated their damages. Which means that the Court of Federal Claims is poised to enter ongoing, multi-billion dollar judgments against the United States, with no end in sight.

Well, the Court of Appeals for the Federal Circuit issued a decision on Friday afternoon that said “Nope, not quite that….”

The appeals court opinion is that Q4 2017 payments are owed to insurers by the federal government as no one had a chance to mitigate. However 2018, and presumably all years going forward, have damages that may result in federal payments to insurers but only after the mitigating effects of silverloading are netted out of the CSR reimbursement sum.

Pragmatically, that means insurers will get a touch over $2 billion for Q4 2017, and then a lot of actuaries and lawyers are getting overtime to calculate the incremental remaining sum for 2018 to present. I think insurers in states that had no 2018 mitigation strategy (North Dakota, Vermont, Washington DC), and insurers in Broadload states (Delaware and Colorado in 2018, West Virginia, Indiana, and Mississippi 2018-present) have worthwhile to pursue claims. Insurers that silverloaded might have incremental damages that might not be worth counting costs.