I have an announcement of great social and political import. 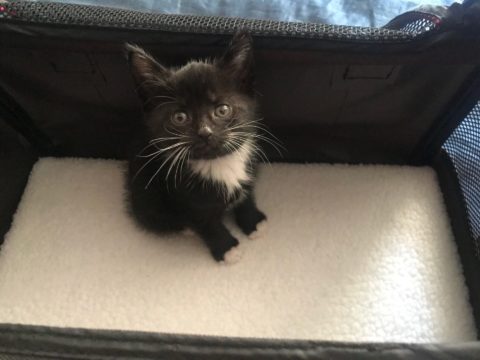 Tikka is kind of a one-person cat. He tolerates my wife and son, and has only gradually learned not to perform field surgery on everyone else. Mostly, he’s my boy.

My son, meanwhile, has longed for a pet and companion of his own. As COVID has kept him home that desire has grown urgent, and we’ve/he’s been trying to adopt a kitten for the last several months.

An aside: as an old who likes his potato on his belt, I’m amazed at how hard it’s become to adopt. I’ve had to fill out multiple multi-page questionnaires that interrogate my morals, beliefs, economic status and sign of the zodiac (not all of those statements are necessarily true).

My kid and I both love the idea of Maine coon cats, but we couldn’t find any cross-bred kittens needing adoption and I will never, ever pay a gazillion bucks for a pedigreed cat.  Just no.

Finally, we started finding kittens at various shelters, filled out a couple of those Moby Dick-length applications, only to find a bunch of kittens that fiercely protective foster parents would not release in prides of less than two. That didn’t work for us. I wasn’t going to hit Tikka with a mass invasion. Just not fair.

This week we were turned down again for a one-kitten-only adoption, and then, yesterday, a friend of ours who works for a vet about an  hour  west of us called and said that she had a very young kitten we could have–today.

Champ arrived less than an hour ago, brought by our friend.

As for the old guard? So far so good. Tikka sez “Aint no thang:” 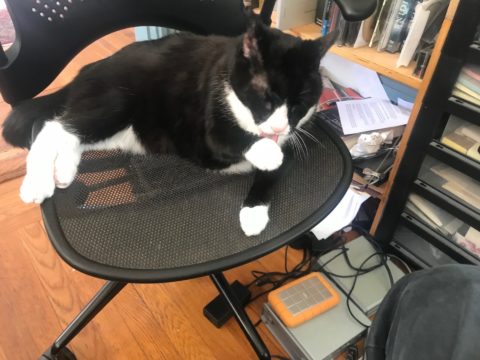 Y’all can see that Champ is pretty tiny.  She’s all of six weeks old. The story behind that very young-adoption is that a friend of our friend’s husband is a mechanic, and a while back a cat adopted the repair shop.  To the guys’ surprise “George” gave birth to her litter a little while back.  This week, the kittens grew big enough to escape into the shop.  So they grabbed the wee ones and put up a flare…and here we (or rather, my son and his new overlord) are: 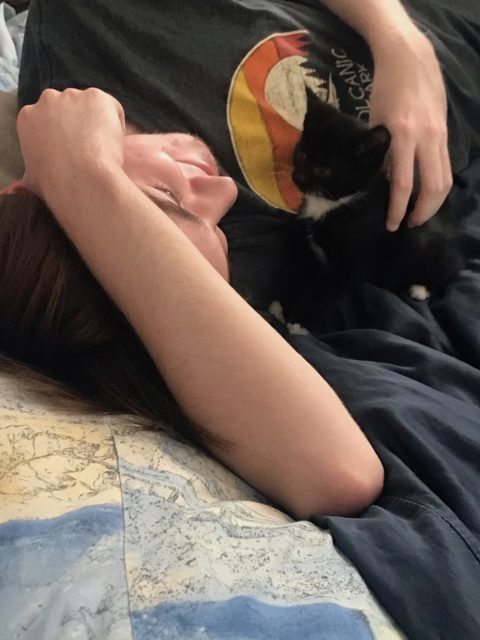 Breaking News: Nora Dannehy, Senior Deputy to US Attorney John Durham, Has Resigned In Protest Over Politicization of Durham’s Investigation Into the DOJ’s, FBI’s, and US Intel Communities 2016 Russia Investigation
Next Post: Friday Evening Open Thread: Projection, One Helluva Drug »