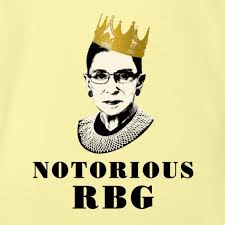 Justice Ruth Bader Ginsburg, the demure firebrand who in her 80s became a legal, cultural, and feminist icon has died. The Supreme Court announced her death, saying the cause was complications from cancer.

Architect of the legal fight for women’s rights in the 1970s, Ginsburg subsequently served 27 years on the nation’s highest court, becoming its most prominent member. Her death will inevitably set in motion what promises to be a nasty and tumultuous political battle over who will succeed her, and it thrusts the Supreme Court vacancy into the spotlight of the presidential campaign.

Just days before her death, as her strength waned, Ginsburg dictated this statement to her granddaughter Clara Spera: “My most fervent wish is that i I will not be replaced until a new president is installed.”

She knew what was to come. Ginsburg’s death will have profound consequences for the court and the country. Inside the court, not only is the leader of the liberal wing gone, but with the Court about to open a new term, Chief Justice John Roberts no longer holds the controlling vote in closely contested cases.

Though he has a consistently conservative record in most cases, he has split from fellow conservatives in a few important ones, this year casting his vote with liberals, for instance, to at least temporarily protect the so-called Dreamers from deportation by the Trump administration, to uphold a major abortion precedent, and to uphold bans on large church gatherings during the coronavirus pandemic. But with Ginsburg gone, there is no clear court majority for those outcomes.

Senator McConnell will now get his career long wish: to establish a permanent conservative majority on the Supreme Court. In January 2019, I wrote this as part of a post about Senator McConnell:

And he telegraphed during the hearings for Brett Kavanaugh that he’s gearing up to leverage another potential Supreme Court vacancy* in 2019 or 2020 as a political weapon in the 2020 presidential and senatorial elections.

* I’m expecting, provided Justice Ginsburg completes her recovery as expected and remains healthy, that the administration in conjunction with Leonard Leo from The Federalist Society and Senator McConnell will try to replicate with Justice Thomas what they did in the summer of 2018 with Justice Kennedy. Specifically, they’ll create a retirement and subsequent Supreme Court vacancy during the late summer to early fall of 2020 that the President and Republican senators can campaign for reelection on. Thereby replicating the dynamic that Senator McConnell created and the President leveraged in his campaign that it was necessary to elect him, in this case reelect him, and to reelect the GOP majority in the Senate to ensure that the Democrats don’t appoint the next Supreme Court justice, change the balance of the Supreme Court, and destroy the Constitution and thereby the United States.

The above analysis was based on an assessment I did for someone as the Kavanaugh hearings was coming to an end. That assessment is attached here:

Now we wait to see what Senator McConnell decides to do, as well as the effects of RBG’s passing on the 2020 elections.

May her memory be for a blessing.