You are here: Home / Economics / C.R.E.A.M. / All the illusions were just a parade

I think there’s a nonzero chance — say one-in-five or one-in-ten — that our democracy doesn’t really survive this election, that Trump loses but finds a way to stay in power at least for a while. When people say things like this, well, it makes me laugh.

There is zero chance Rs will just go along with Trump if he loses, bc at that point he will no longer be useful to them. I do think comments Trump continues to make will make it harder for his most passionate supporters to accept defeat, and raises risk of escalating violence. https://t.co/3ZFRWcYWme

Trump will say (if it is close in the right way) that he didn’t lose, that there was fraud, or he’ll be ahead on election night and get Bill Barr or Brooks Brother rioters to stop the counting of the mail-in ballots that will sink him or something like that. And Republicans in the Senate will go along. They may express concern, but they’ll decide they believe it too and go along.

I don’t think this will happen, but it could and the idea that GOP daddies will save us if it does is ludicrous.

People can always find a reason for whatever it is they want to do. It’s that simple.

It will be hard to battle this if it happens but it’s possible it can be done, as with Peru in 2000 for example.

One thing that will put us in better stead is winning a bunch of Senate seats. Yes, he can mess with those vote counts too but not many of these races are in states that Trump is likely to contest (I think of those as PA and WI primarily).

So let’s raise some money for some Senate races. 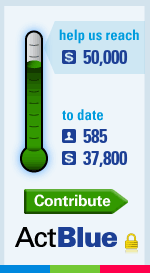 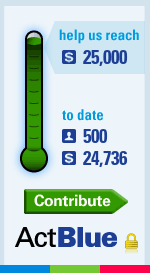 And if you really want to hate give against an especially scummy Senator, this is a good one. I don’t think McGrath has a chance but Harrison really is close in the polls. 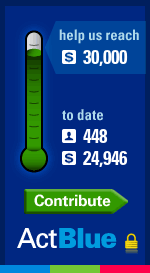 You can see all of our candidates here.