It’s always a good sign when you get back to the groomers and notice that every other animal is quiet in their cage and four grown ass men are attending to your cat: 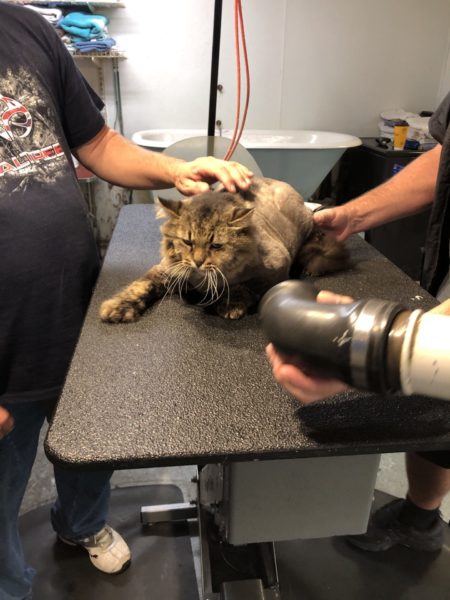 Currently trying to appease the beast and sate his hunger for blood: 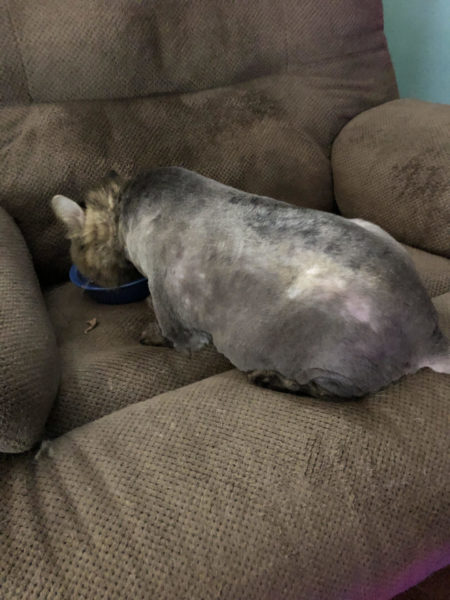