You are here: Home / Politics / Proud to Be A Democrat / Let’s Hear it for Joe Fucking Manchin

Why I vote for imperfect Democrats in my deep red state even though they don’t tickle the fancy of the Jacobin staff: 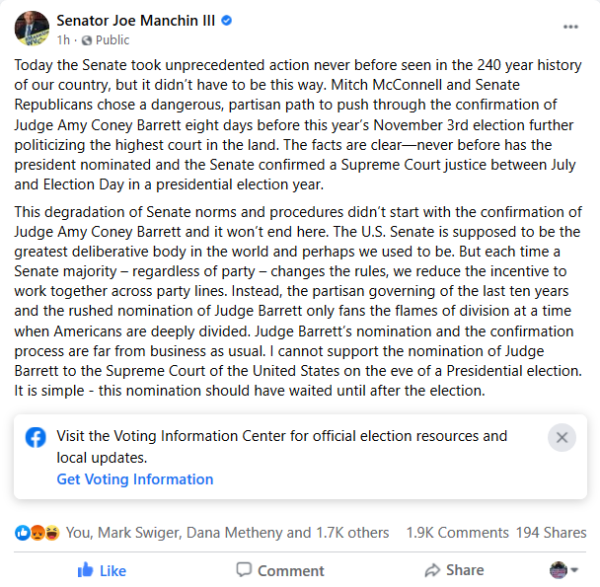 Compare him to California’s Feinstein, where her right wing bullshit is inexcusable. The man is not perfect, but he stands up when it counts, and it will probably be a string of right wingers after he retires.