You are here: Home / Healthcare / COVID-19 Coronavirus / The Coming Apocalypse

Ed Yong, who has done really excellent work throughout the pandemic, has a tragic, terrifying piece up at The Atlantic just now, “The Hospitals Know What’s Coming.”

The story focuses on one institution, the University of Nebraska Medical Center in Omaha. It’s a major center of excellence, and as Yong reports was uniquely well-placed to deal with an epidemic:

After the SARS outbreak of 2003, its staff began specifically preparing for emerging infections. The center has the nation’s only federal quarantine facility and its largest biocontainment unit, which cared for airlifted Ebola patients in 2014. They had detailed pandemic plans. They ran drills. Ron Klain, who was President Obama’s “Ebola czar” and will be Joe Biden’s chief of staff in the White House, once told me that UNMC is “arguably the best in the country” at handling dangerous and unusual diseases.

But, as Yong meticulously reports, no amount of preparation can overcome a broad-based failure of basic public health measures.

In the past two weeks, the hospital had to convert an entire building into a COVID-19 tower, from the top down. It now has 10 COVID-19 units, each taking up an entire hospital floor. Three of the units provide intensive care to the very sickest people, several of whom die every day. One unit solely provides “comfort care” to COVID-19 patients who are certain to die. “We’ve never had to do anything like this,” Angela Hewlett, the infectious-disease specialist who directs the hospital’s COVID-19 team, told me. “We are on an absolutely catastrophic path.” 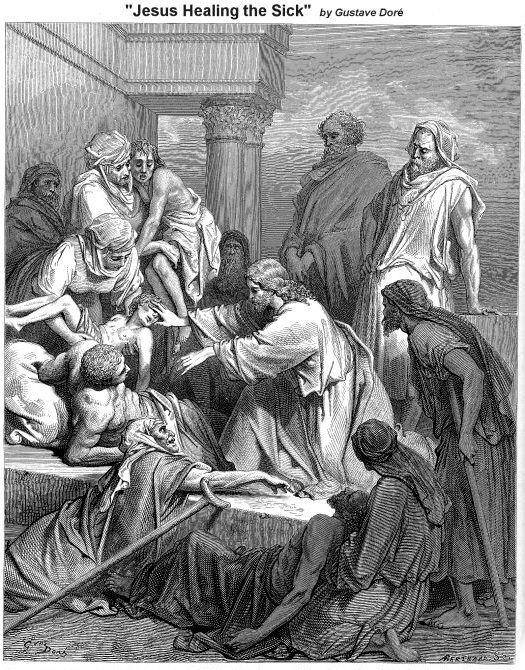 That’s just from the top of the story. Read the whole thing–really. There are well-told human stories throughout, and my admiration for and sense of obligation to everyone working on the healthcare front lines of this have ratcheted way up from already high levels.
But the incidents and anecdotes are in service of the larger point, which is tragic and utterly infuriating. The conscious and willful failure of leadership that has persuaded so many people to ignore the risk has created the conditions for utter disaster. When–and it doesn’t appear to be an “if”–the disease exceeds hospital systems’ capacity the death toll will accelerate.
This will be bad everywhere, but worse in the places that are now hardest hit: the more rural states with fewer major hospitals to draw upon.

While cities like New York or Boston have many big hospitals that can care for advanced strokes, failing hearts that need mechanical support, and transplanted organs, “in this region, we’re it,” [critical care Dr. Dan] Johnson says. “We provide care that can’t be provided at any other hospital for a 200-mile radius. We’re going to need to decide if we continue to offer that care, or if we admit every single COVID-19 patient who comes through our door.”

Yong concludes his story with the same truth David Anderson keeps drumming into our thick skulls:

It takes several days for infected people to show symptoms, a dozen more for newly diagnosed cases to wend their way to hospitals, and even more for the sickest of patients to die. These lags mean that the pandemic’s near-term future is always set, baked in by the choices of the past. It means that Ricketts is already too late to stop whatever UNMC will face in the coming weeks (but not too late to spare the hospital further grief next month). It means that some of the people who get infected over Thanksgiving will struggle to enter packed hospitals by the middle of December, and be in the ground by Christmas.

This is what makes this piece both a sober, meticulously reported and heart breaking story, and a call to action. It’s too late to deal with what’s heading at us, what will happen in the latter half of December and beyond remains subject to our choices, good or bad.
.
On that happy note…open thread.
.
Image: Gustave Doré, Jesus healing the sick, before 1883.
Previous Post: « Runnin’ Out of Fools
Next Post: On The Road After Dark – Mike in Oly – Fall Foliage – My Backyard