You are here: Home / Healthcare / COVID-19 Coronavirus / The Selfishness of It All 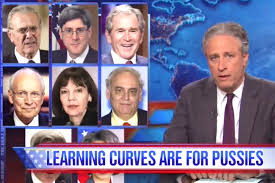 According to the TSA, idiot nation is ignoring the plague and going home for turkey and to kill gram and gramps:

The Transportation Security Administration (TSA) recorded its highest number of weekend passengers since the coronavirus pandemic began in March, with over 3 million people traveling in the past three days. The surge comes despite Centers for Disease Control and Prevention guidance advising against Thanksgiving travel because of mounting covid-19 cases across the nation.

Sunday was the busiest travel day since the beginning of the pandemic in March, according to TSA spokesman Daniel Velez, with 1,047,934 passengers. TSA screenings surpassed a now-rare amount of 1 million screenings on both Friday and Sunday; Friday was a slightly lower travel day with 1,019,836 travelers screened. On Saturday, TSA saw 984,369 travelers.

Hospitals are already overwhelmed in many places, close in others, and the death rate is climbing as we all know that it is hospitalizations and deaths are lagging indicators. It’s going to be an awful couple of months, and there literally is no help on the way because the Senate is not going to do anything and the current administration is more worthless than breasts on men. So, yay.

The thing that bothers me the most about this is that the people traveling are all people of privilege. If you are flying across country for a three day holiday, you are de facto middle class or higher. Poor people don’t do this. So people who are already in a position of privilege are simply incapable of denying themselves the luxury of going home for the holidays, and their actions will, as always, wreak havoc on those less fortunate or who have no say. The virus will hit the old, the weak, communities of color, the immune suppressed, the medical community, and, of course, the working class.

The very same working class who, unlike those in the middle and upper middle class, won’t be getting to celebrate Thanksgiving Day with their families even without travel. Why? Because they are all having Thanksgiving today, or tomorrow, and likely early in the day or late at night, because they have eat before their midnight shift or after they get home from their swing shift. They’ll gather around the table at noon today and then head off to fucking Walmart or the gas station or the Walgreens or whatever restaurant they work at. Just like they fucking do every year.

And such that it is.

We’re a profoundly stupid and selfish and unempathetic nation, for the most part. Other than some masturbatory rhetoric early on about “essential workers” and “our heroes in the medical community,” we’ve basically done fuck all to make their lives easier. It was basically empty rhetoric, a sort of act of auto-erotic patriotism and the performative dance version of a war effort. None of this is surprising- it’s who we have been conditioned to be. In the last twenty years we’ve financed several wars and multiple tax cuts for the rich on the backs of the kids being crushed economically right now, and instead of being asked to sacrifice during wartime we were instead told to go out and shop. So it’s no surprise that asking people to turn down nonna’s cranberry sauce during a plague is just a bridge too fucking far.

We don’t give a fuck about anyone but ourselves, and the selfish pricks traveling this week and the assholes hosting them are the fucking worst of the worst.

On The Road – Dagaetch – Fall in MA
Next Post: Recipe Exchange: Kamala Brings It