You are here: Home / Past Elections / 2020 Elections / Come Out Fighting! The 761st Tank Battalion’s Legacy Lives Through the Generations 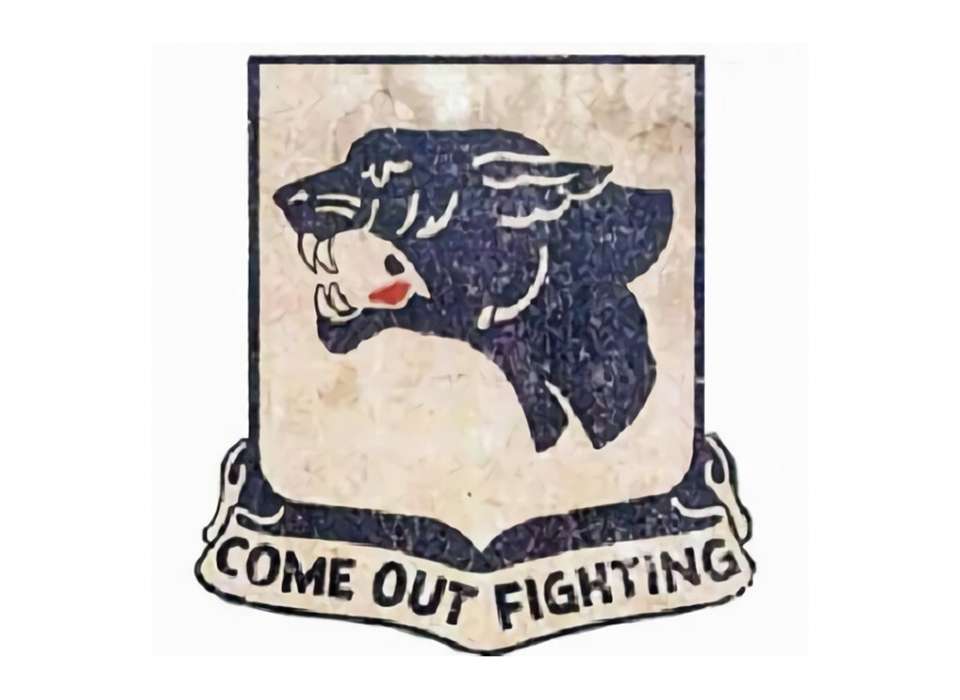 During his remarks yesterday, Antony Blinken, who is President-elect Biden’s designated nominee to be the next Secretary of State, took a few moments to share something very personal about his family and their relationship with America. Specifically he related how his stepfather survived the Holocaust by managing to escape his NAZI captors, flee, and hide within the tree line. When he heard a tank approach he looked and saw the markings were American, not NAZI and then broke cover and ran to the tank for help. Let’s listen to him tell it:

Sec. of State nominee Blinken on his late stepfather, a Holocaust survivor:

“He heard a deep rumbling … He ran to the tank. The hatch opened. An African American GI looked down at him. He got down on his knees and said the only 3 words he knew in English … God bless America" pic.twitter.com/O5Sj95AH62

Unless something really strange was going on with personnel assignments, that tank and that African American tanker were part of the 761st Tank Battalion, known as The Black Panthers. The National World War II Museum provides us with a summary of their history:

The 761st Tank Battalion’s motto was “Come Out Fighting.” And that it did, from its first engagement at the little Belgian town of Morville-les-Vic in November 1944, and through heavy combat right through to the end of the war. But the 761st’s fight was not just against the Germans. As a segregated African American unit, it took part in the struggle for racial equality—a struggle in which the men of the 761st—the so-called “Black Panthers,”—would engage for the rest of their lives.

Brought into existence on April 1, 1942, at Camp Claiborne, Louisiana, the 761st Tank Battalion trained amid the restrictions and racism of the Jim Crow South. First Lieutenant Jack Roosevelt Robinson of the 761st, an athlete who would become one of the greatest baseball players of all time, lost his chance to see combat when he refused to move to the back of a segregated military bus during an incident at Fort Hood, Texas in July 1944. The 761st battalion’s commander, Lt. Col. Paul L. Bates, refused to prosecute Robinson, but his superiors got around that by transferring the lieutenant to another unit, where he was court-martialed. Robinson was later acquitted, but too late to rejoin the Black Panthers.

The 761st arrived in France on October 10, 1944, coming ashore at Omaha Beach and moving into Belgium at the beginning of November. General George S. Patton famously gave the Black Panthers a pep talk, saying in part: “Men, you’re the first Negro tankers to ever fight in the American Army. I would never have asked for you if you weren’t good. I have nothing but the best in my Army. I don’t care what color you are as long as you go up there and kill those Kraut sonsofbitches. Everyone has their eyes on you and is expecting great things from you. Most of all your race is looking forward to your success. Don’t let them down and damn you, don’t let me down!” Privately, however, Patton harbored the same doubts that many white officers had about black soldiers, and he was reluctant to commit them to combat.

On November 7, 1944, the Black Panthers finally got their chance as they attacked the German-held town of Morville-les-Vic in support of the 26th Infantry Division. Bates, wounded the night before the engagement, was not present; nor were many of his white senior officers. Instead, the first thrust into the town was commanded by African American Capt. John D. Long of B Company, who followed behind the lead Sherman tank commanded by Sgt. Roy King. “I am sure my men thought I was a bastard and hated my guts but they followed me,” later recalled Long, a no-nonsense officer who hailed from Detroit. “They were a well-greased fighting machine.”

Right inside the town, King’s lead tank was knocked out by a German panzerfaust. Two of King’s crew were wounded; their comrades dragged them to safety behind the tank and then went on to kill the soldier with the panzerfaust and also the crew of a German anti-tank gun. King ran to the aid of a white infantryman and was wounded in the process but refused evacuation; he would be killed in action 12 days later. At the end of the battle in Morville-les-Vic, a German officer would tell Long that the conduct of King and his crew “was only equaled by that of a Russian tank crew under similar circumstances.”

The Black Panthers captured Morville-les-Vic on November 7. Three days later, as the advance continued, Sgt. Warren Crecy’s Sherman was knocked out by a German anti-tank gun. Crecy jumped out, took charge of a machine gun on a nearby American halftrack, and used it to wipe out the enemy gun crew. On the following day, leading another tank, Crecy again dismounted under fire when his vehicle became stuck in the mud and worked to extricate it. While he was doing so, he saw an enemy machine gun take some of the 26th Division infantry under fire. Without hesitation, Crecy climbed up to his turret machine gun and used it to suppress the enemy. He would use the same gun again many times that same day—exposing himself to enemy fire and knocking out German machine gun nests and an anti-tank gun. He too would receive a Silver Star for gallantry in action.

Capt. Long proudly summed up his pride for the Black Panthers and their conduct. “Not for God and country but for me and my people,” he said. “This was my motivation pure and simple when I entered the army. I swore to myself there would never be a headline saying my men and I chickened. A soldier, in time of war, is supposed to accept the idea of dying. That’s what he’s there for; live with it and forget it. I expected to get killed, but whatever happened I was determined to die an officer and a gentleman. . . . The town of Morville-les-Vic was supposed to be a snap but it was an inferno; my men were tigers, they fought like seasoned veterans. We got our lumps but we took that f***ing town.”

Here’s a documentary on the 761st:

For those interested, Kareem Abdul Jabbar has written an excellent history of the 761st.

I want to contrast the effect that Blinken’s family history in coming to America has had on him and his approach to public service and the similar history of Jared Kushner. Kushner’s grandmother, Rae, and her family escaped the Novogrudok ghetto and fled to the forest where they were eventually taken in by the Bielski brothers who ran one of the most successful partisan groups of World War II. It was during her time with the Bielski Partisans that she reconnected with her future husband with whom she would eventually immigrate to the US after the end of World War II. I find it exceedingly interesting that four years into the Trump administration and six years since the start of the Trump campaign, never once has Jared Kushner given the types of remarks that Antony Blinken gave today. I have no idea, nor do I actually care, how devout Blinken may or may not be in his Judaism. But I do know that for all of Jared Kushner’s often remarked about adherence to modern orthodox Judaism, he seems to be unable to comprehend the real gift he inherited from his grandparents, which is the same gift that Blinken inherited from his parents.

That gift is the promise of America. A gift that Trump, Jared, Stephen Miller, Steve Bannon, and the rest of the neo-nationalists and white supremacists and nativists and xenophobes that Trump and Miller have salted away throughout the executive branch do not understand. And they don’t understand it because, like the wicked son, they are inherently incapable of understanding it. That promise is what we see in asylum seekers and refugees. No one leaves everything behind, grabs their children, and walks hundreds and thousands of miles over land or traverses the same distances on the ocean, just because they want a chance to earn a few more dollars. The people that take these most desperate of measures, do so because as dangerous as it is, it is less dangerous than staying where they are. And they do so with only these thoughts in mind: at the end of the journey is safety, at the end of the journey is hope, at the end of the journey is the United States!

It is also the gift – the promise – that the African American Soldiers of the 761st Tank Battalion recognized. That America, the same America that denied them their equal rights as citizens, that denied them their equal humanity as people, that required them to serve in segregated units if they chose to serve, could be much, much, much more than that crimped, small minded, narrow, and shallow understanding of America that allowed the Jim Crow system to thrive. And the historical irony in the 761st fighting to end the NAZI’s racist, fascist regime of terror and genocide is that the NAZI system was modeled on the Jim Crow system put in place to overthrow reconstruction and politically, socially, religiously, economically, and culturally enshrine white supremacy as the de facto law of the land in the former Confederate states and, through terror and intimidation, spread it as far outside of the former Confederacy as possible.

Blinken and President-elect Biden and the surviving veterans of the 761st Tanker Battalion understand this, Kushner and Trump do not.

* Full disclosure: I interned at the Carter Presidential Center between my junior and senior years at Emory.