You are here: Home / Politics / America / Properly Framing the Recently Acknowledged Russian Hacking of the US Government and Private Sector

The whole discussion around the recently disclosed Russian hacking – “is it traditional SVR espionage using the cyber domain or is it subversion or is it an act of war?”- is all fascinating and completely misses the two most important points.

The first is that from the Russian perspective this is war. As can be seen in the delineations in the table below: 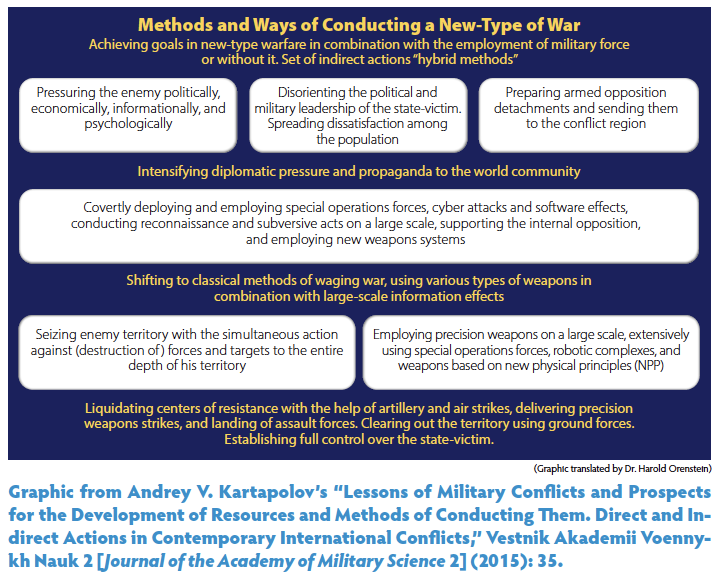 Moreover, Russia considers the information domain to consist of two critical components: the technical side (which includes communications sabotage, electronic warfare, cyber attacks, and other C4ISR sabotage or degradation efforts), and the psychological side. That is demonstrated in the graphic below (from this publication at the Academy of Military Sciences of the Russian Federation): 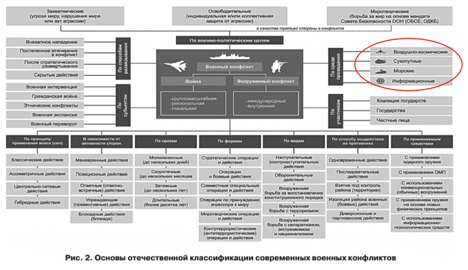 The Russians aren’t making these distinctions, but they’re sure glad that Richard Haass who runs CFR is all over the US news, nat-sec and foreign policy sites, and Twitter muddying the water for them.

Reports are thescyber attacks were carried out by Russia. This is not an act of war or something unacceptable (unlike Russian attempts to undermine our democratic process) but espionage, which we & others do. Our bad for making it easy for them to succeed. https://t.co/DUIdKCZuyg

From the Russian doctrinal perspective this is part of what they call New Type War, which is how they doctrinally understand hybrid and unconventional warfare these days.

The second, and equally important point, is that it will take months, if not years to figure out everywhere and everything the SVR’s cyber-operators got into, what they actually did inside those systems, and what the actual ramifications are. Since we don’t have months or years, the strategic assumption to drive strategy and operations in response has to be “they got into everything, they’ve compromised everything they could, and we can expect anything and everything that can be controlled by computer code can and will go down at the least optimal time for the US and our allies and the most optimal time for the Russians”. Imagine what happens when the power grid goes down at 12:01 PM on 20 JAN 2020 just to make a point that Biden may now be President of the US, but Putin has control of the US. Or when he takes it down someplace that has a major winter weather event so people freeze to death. Or he has his people tamper with the emergency broadcast systems to cause chaos, injury, and death during a major weather event or other natural disaster – he did a dry run on this back in 2015 in Louisiana.

It’s great that Haass has the luxury from his home office to ponder whether this is a fish or if it is a fowl, but that luxury is a mirage. And I have serious doubts that anyone but GEN Nakasone is taking this seriously right now. Maybe Christopher Wray, but if he is, he’s going to continue to keep his head down and his mouth shut. Ratcliffe isn’t because that man is almost as dumb as Louis Gohmert. O’Brien and the Acting SecDef aren’t because that’s now what they’re being paid to do. From all the reporting Haspell is packing her office up as she knows she’s either getting fired between now and 20 JAN or on 20 JAN. We know the tennis player who is illegally acting as the DHS secretary isn’t. To use a Star Trek analogy: they’ve taken the shields down from inside the ship and have spent a lot of effort to make it look like they’re still up.

As for Trump downplaying it and trying to blame it on China, that also makes no sense. He and his people have spent so much time since 2017 trying to blame stuff on China that every Republican, every conservative, and everyone on conservative news from Fox to OANN to talk radio to Breitbart, and conservative social and digital media no longer call China China. Nor does Pompeo or any elected or appointed Republican official refer to it as either China or by its official name or acronym the People’s Republic of China/PRC. Now it is the Chinese Communist Party/CCP. Oogah Boogah!!! So if “the Chinese Communist Party” is so bad, then having the PRC responsible should be as bad, if not worse, than having Russia do it. And that is beside the point that if the PRC did it, given that they’re a lot more careful and subtle than the Russians, we still probably wouldn’t know about it.

I’ve been making the same point since early spring 2016: we are at war. With Russia. Not just cyberwar or information war, but war. And we’re at war not because we want to be at war with Russia or because it’s good that we’re at war with Russia, but because Russia has been stating for the better part of a decade that they are at war with the US and that the US is the aggressor and the cause of the war. When someone clearly and consistently tells you and demonstrates to you what it is they believe it is foolish to ignore it. My paper on this new, largely non-kinetic/non-lethal form of 21st century war and warfare that deemphasizes military power while leveraging and weaponizing all the other elements of national power was published this past July. It attempts to frame and contextualize the war and warfare that we’re seeing hostile state actors, peer competitors, and regional powers use as part of great power competition, Gray Zone conflict, and subversion. As well as how non-state actors such as violent extremists, ultra wealthy individuals, and corporations that have more financial resources than 90% of nation-state’s gross domestic product are leveraging their own non-state equivalents of national power to wage war for their own benefit and achieve their own objectives as well. The 21st century operating environment is as dangerous as the 20th century one, even as the character and characteristics of war seem to be becoming less kinetic.