You are here: Home / Guest Posts / Medium Cool with BGinCHI / Wind of Change

Today we’ll be talking about Wind of Change, the podcast hosted by New Yorker investigative journalist Patrick Radden Keefe.  The eight-part podcast follows Keefe as he explores a rumor he heard from a source within the CIA – that the agency was behind the 1990 international hit power ballad “Winds of Change”. 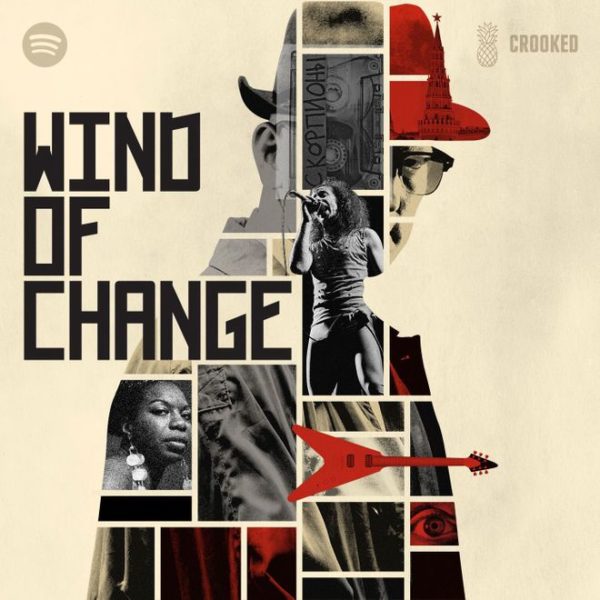 Here are some starter questions, but we’ll follow the conversation wherever it goes.

What did you all think?  Does he make the case?  Do you believe the CIA was involved?  Could have been involved?  What were your favorite parts of the series?  For me, the big surprise was learning all the ways the CIA has used music and musicians for propaganda purposes.

Even if you didn’t listen to the podcast, does the idea that the CIA was involved with this seem plausible?

Here’s a pretty good summary of the premise.

The elevator pitch is exquisite: What if I told you that “Wind of Change,” the sorta corny but kinda great 1990 power ballad from Scorpions, the German rock band best known for “Rock You Like a Hurricane,” might have actually been written by the CIA? And furthermore, that the song, which upon its release became a kind of anthem for peaceful revolution across Europe, was possibly a successful entry in a broader underground campaign by the West to expand its soft power against the Soviet Union during the Cold War?

There is even a TV adaptation of the podcast in the works at Hulu.

We are excited to invite you to a virtual fundraiser, Celebrity Autobiography, the show where celebrities read hilarious passages from other celebrity memoirs. This Sunday, December 27 at 8:00pm ET, join the creators of the hit Broadway show and an amazing lineup of stars as they raise money for Fair Fight ahead of the runoff elections in Georgia.

There will be an incredible line-up of performers, including Matthew Broderick, Billy Crystal, Whoopi Goldberg, Andrea Martin, Mandy Patinkin, Rosie Perez, Rob Reiner, Martin Short, Cecily Strong, Tony Hale, John Leguizamo, and some more surprise guests. Tickets start at $10 and your support will help us make sure that Georgians vote on January 5 and elect Jon Ossoff and Raphael Warnock.   RSVP