We’ve stayed home on Amateur Night for many years now, but this evening, we have an adventure planned. We’ve seen Black-Crowned Night Herons hanging around a nearby marshy island in the river, and we plan to anchor our little Jon boat upstream at sunset and stake it out to see for ourselves if it’s true these birds work the night shift so as to avoid competition with daytime herons. Here’s a photo of one I took on a recent evening off said island: 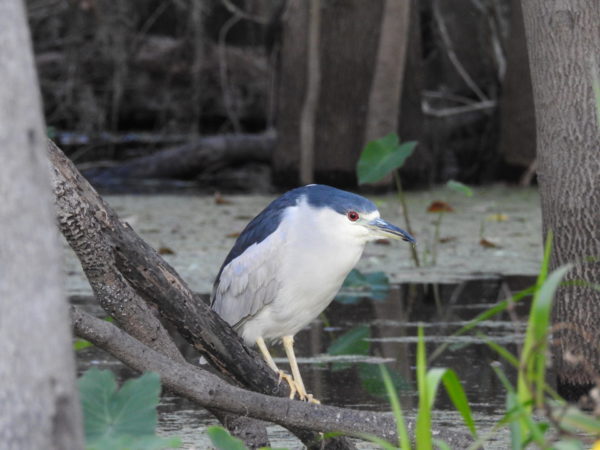 I’m also hoping to see some owls. I hear Barred Owls every night from all directions but rarely see them. Must not forget the mosquito dope, or it’ll be a short trip. Other than that, no particular plans. What are you guys up to this evening?