You are here: Home / Economics / Free Markets Solve Everything / They’re Criming Right Out in the Open 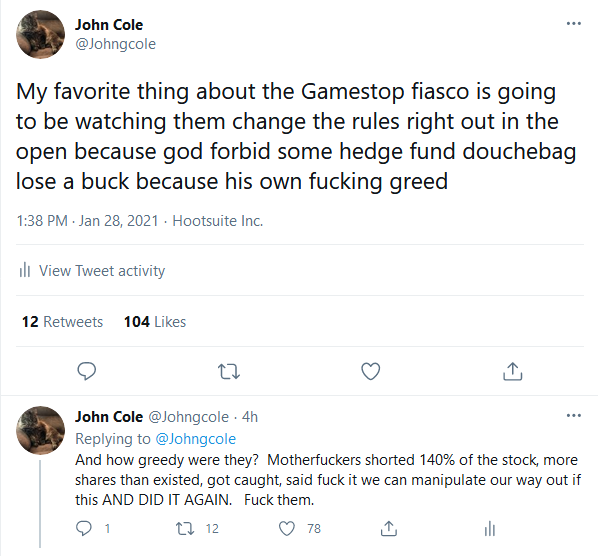 And that’s precisely what they did. ** APPARENTLY THIS IS WRONG AND I AM UNINFORMED BOOB WHO HATES HEDGE FUNDS AND WALL STREET SO MUCH HE IS SOMETIMES HASTY, NEITHER OF WHICH SHOULD SURPRISE LONGTIME READERS.***

It’s class warfare Calvinball, and you know what? They’ll fucking get away with it. Because as George Carlin noted, it’s a big fucking club, and you ain’t in it. Robinhood is legit now stealing from the poor to give to the rich.