You are here: Home / Photo Blogging / On The Road – MollyS – Monet’s gardens at Giverny, the water garden and house

On April 12, 2017, my daughter, son-in-law, and I went with his parents to see the gardens of Giverny, home of French impressionist painter Claude Monet, about 50 miles northwest of Paris. Giverny has two gardens — the Clos Normand, the flower garden in front of the house, and the Japanese-style water garden, which inspired his Water Lilies series. From 1883, when he moved to Giverny, until his death in 1926, Monet oversaw the planting of millions of seeds and young plants.

The Clos Normand has flowerbeds of differing heights and arrangements. Monet mixed the simplest flowers with the rarest varieties. He did not like organized gardens, preferring to plant flowers according to their colors, then leaving them to grow freely.

In 1893, Monet bought the land that would become the water garden with its famous Japanese bridge and pond. This garden includes weeping willows, a bamboo wood, flowering trees and shrubs, and the water lilies which bloom all summer long.

Monet died in 1926. His son Michel inherited the property, later passing it to the Academie des Beaux-Arts. In 1977, a 10-year reconstruction of the house and gardens began. The house and greenhouse had been badly damaged during World War II but the gardens were restored with the same flowers Monet had planted.

Giverny is scheduled to reopen April 19 — the flowers will be waiting! Much more information at http://giverny.org/gardens/fcm/fleurs/listflor.htm 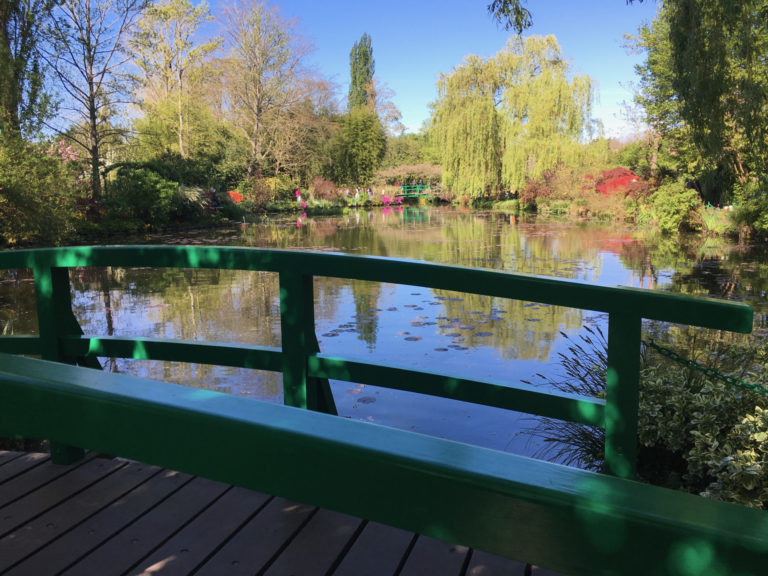 In 1883, Monet wanted to turn a small pond, on land next to his property, into an Asian-influenced water garden. Despite his neighbors’ resistance to his bringing in foreign plants, he was given permission to expand the pond by diverting water from the nearby Epte River. Flowers, trees, and bushes circle the pond. The Japanese-style wooden bridge was added in 1895. A few years later Monet started to paint the pond and its water lilies—and never stopped. Today many of his room-sized water-lily paintings are in the Musée de l’Orangerie, in the Jardin des Tuileries in Paris. 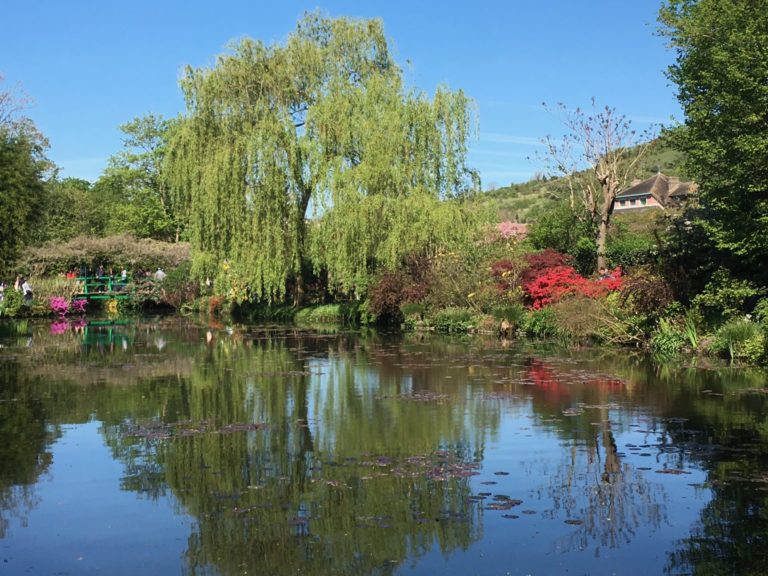 Another view of the pond. 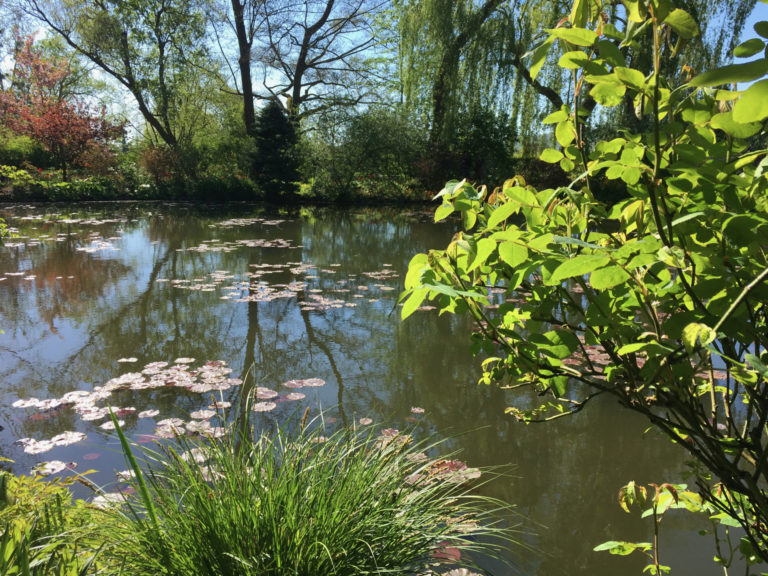 It was too early for the lilies to be in bloom but the plants are beautiful themselves. 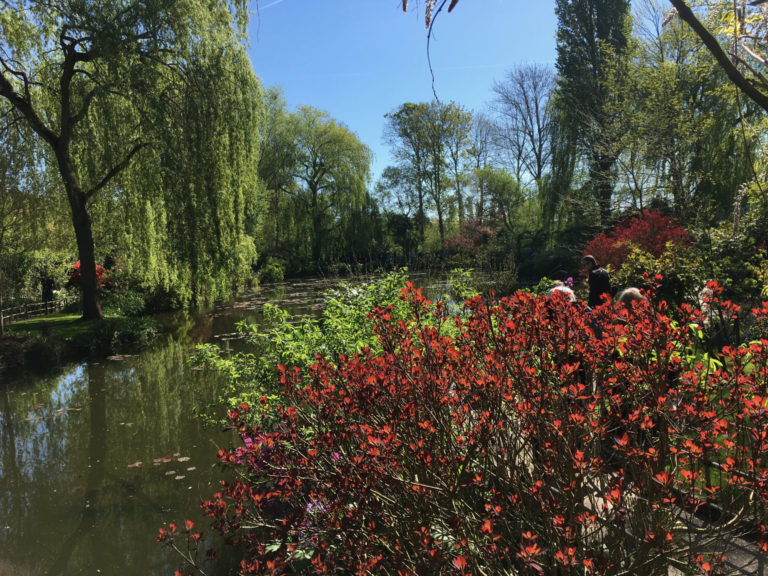 Along the stream that runs into the river Epte. 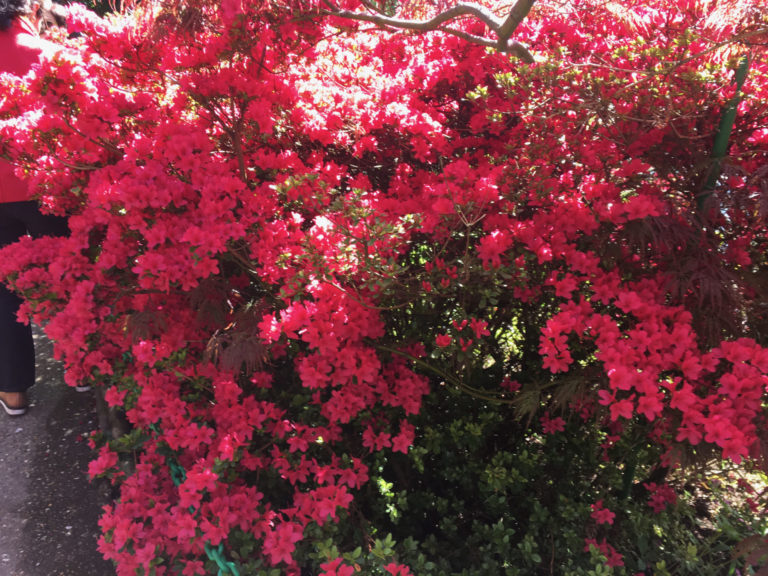 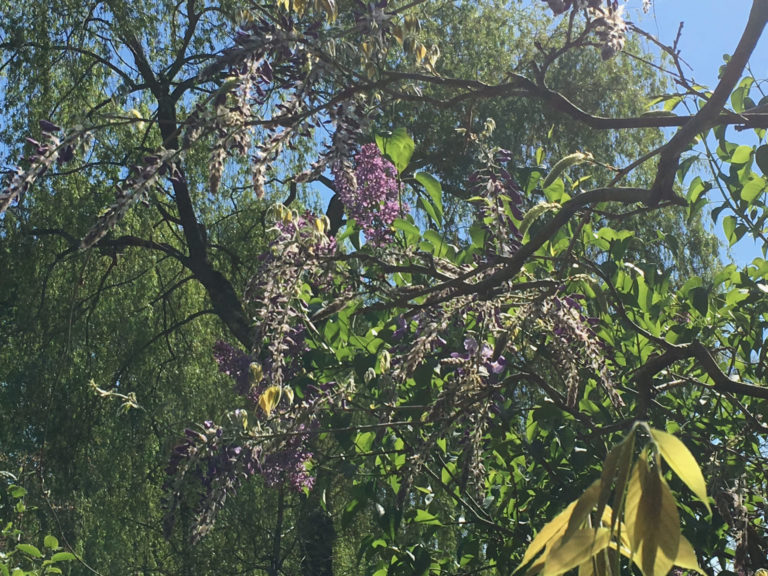 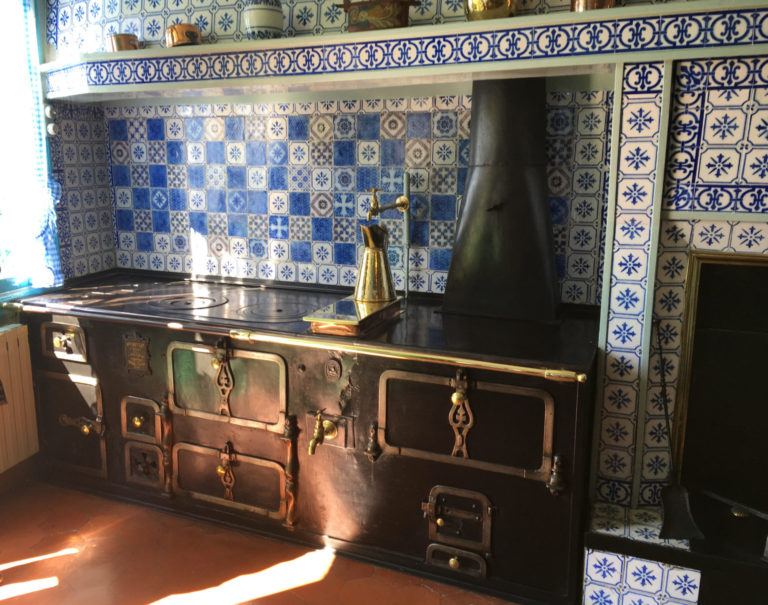 Monet’s house was a work in progress during the years he lived in Giverny, as he added to the original building several times. Now some 131 feet long, the building is only 16.5 feet deep. Monet designed the kitchen, located at one end of the house, for meal preparation for his 10-person family. The huge stove and the blue and white tiles were beautiful. 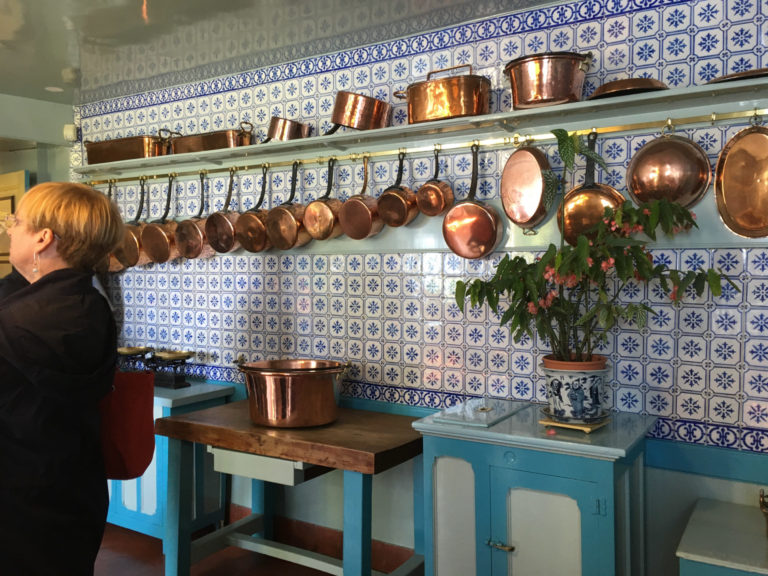 And then there are these gleaming copper pots! We were able to go through most of the house but because there were also many people moving with us down the narrow halls and up the stairwells, it was impossible to take more pictures inside.

Previous Post: « GOP Always Be Grifting Open Thread: All Sh*tposting, All the Time
Next Post: Loved The Show, Hated the Ending