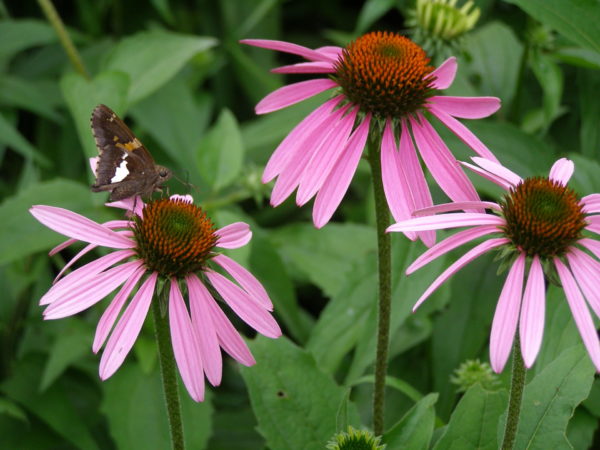 Some delights from indefatigable commentor and ace photographer Ozark Hillbilly:

Top pic: Brown Skippers are probably our most common flutterby. Utterly nondescript and a joy to behold as they flitter about from one bloom to the next.

I don’t know how rare Sphinx moths are, but this is the only one I have ever seen. 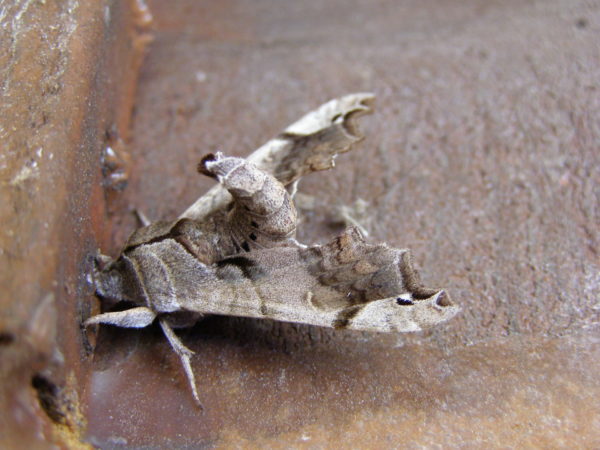 I once camped with about 2 dozen friends on a buddy’s property on Taum Sauk Mountain where we spent the entire weekend picking stick bugs off of ourselves. They were literally dripping off the trees.Fortunately, none of them were as big as this gal. She would have freaked out even the most stalwart caver if she’d landed on somebody’s head. 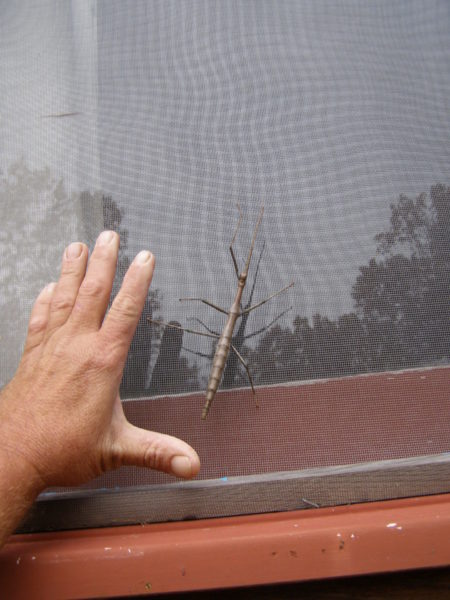 Copperheads are a common enough visitor here. Y’all have heard of the one Miss Kitty killed in our bedroom. I once found one while engaged in some long overdue weeding in the veggie garden. Grabbed a fistful, yanked, and there she was. Before I could react she slithered off into the weeds and yep, I was done pulling weeds for that day. 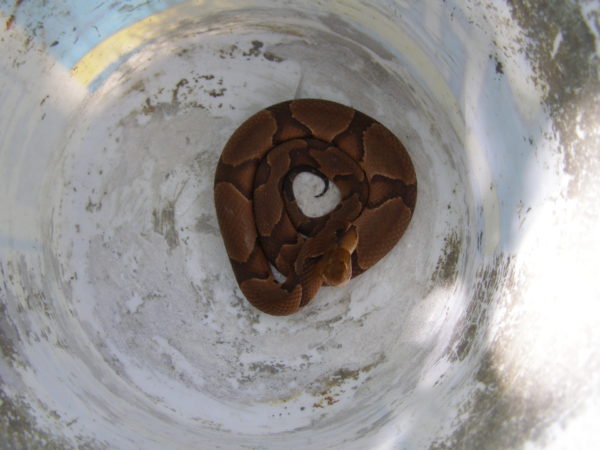 I love 5 Line Skinks, I chase them all over our property just doing what I do as they do what they do. I think they are particularly beautiful with their indigo tails. Which, for the record, do in fact break off if one grabs it, and they are none the worse off for it. 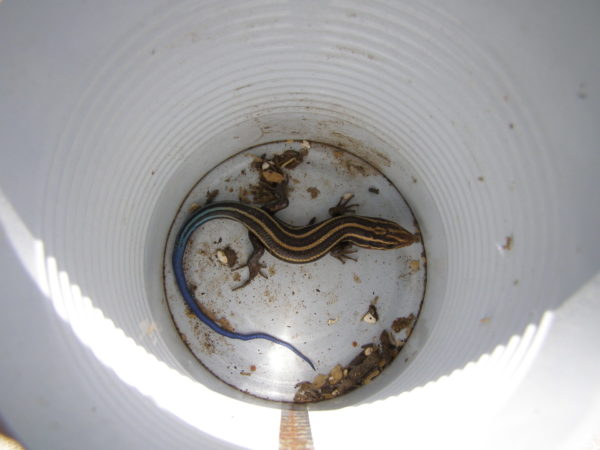 I can’t count the number of raccoons I have trapped and relocated over the years. Some are pissed and ready to fight. Others, like this guy, just want it all to end. For him, like all the others I have captured outside of the chicken coop, it ended happily. 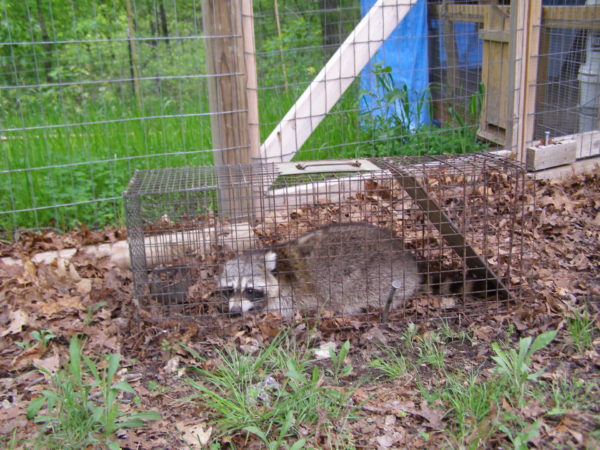 I had just topped out of the valley below our place when I heard a strange animal cry and looked out my truck window just in time to see something flailing on the ground. I stopped and backed up. It was this little guy. I pulled into the “drive” of the neighbor’s property to see what was wrong. One glance was all it took: Poor little guy had gotten all tangled up in some old fencing. I grabbed a pair of dykes and my camera from the truck, took 2 quick pics and, after looking around for Mama to make sure she wouldn’t attack me (she was not to be seen). began cutting the wire away. He must have been thrashing for quite awhile as the wire had him seven ways till Sunday and wound as tight as the 2000 election.

When I snipped the last bit away from his leg, he was gone in a NY second. And I’ll tell you, even as small as he was, if he had kicked me, he could have easily punched right thru my gut. People think their antlers are dangerous, but their hoofs will eviscerate a person far quicker. 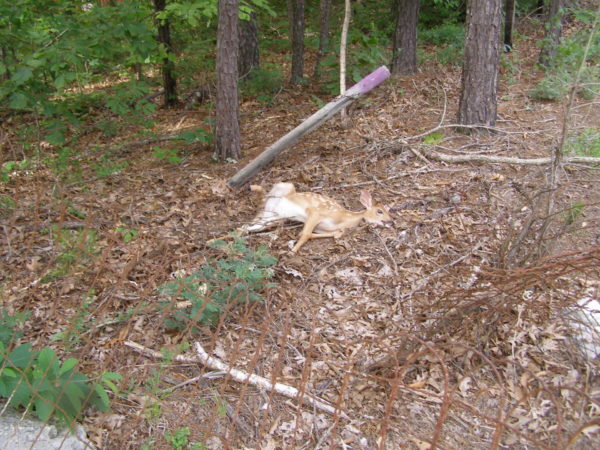 This guy may be a wasp. Or not. I am not gonna venture a guess. Jim Wright made a guess about a critter he photographed recently and every entomologist and entomologist wannabe couldn’t wait to tell him how wrong he was. I will say I like this pic. 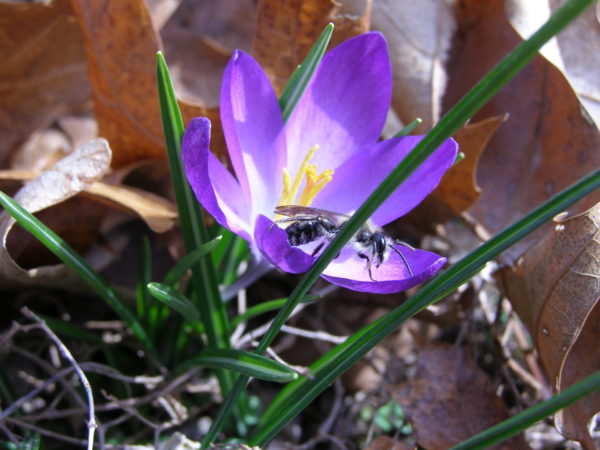 I never thought of Cardinals as being particularly aggressive or obstinate, but this one did battle with the cardinal he saw in the window for years. He would fight with his reflection for hours. If you look at the pic, you can see where his wings and his talons (?) have removed the dust and dirt that I never would have, off the window. 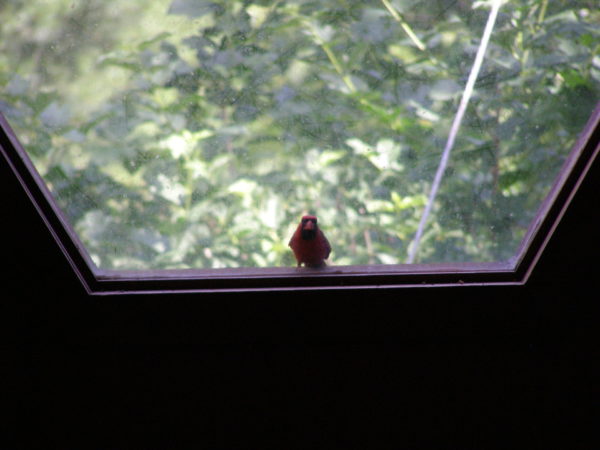