I got my first digital camera, a Nikon Coolpix, in early 2008. When my son left for China that September, I made a photo diary on Picasa to mark the year going by. Later I joined a Flickr group run by a Crooked Timber blogger, and last fall, for my sanity’s sake, WaterGirl nudged me toward On the Road as an antidote to election madness. I started submitting photos soon afterwards.

All this time, though I loved taking pictures and shared them often, I knew nothing about photography and even less about post-processing. Then one day Steve from Mendocino waved at me from across the room of this almost top 10,000 blog and asked if he could edit some of my pictures of fall color. WaterGirl facilitated the connection, and a new world opened up for me.

I owe Steve thanks for many things, including the intro to this series and his input on the new camera I got last winter. He continues to edit my pictures, even as he helps me learn how to do it myself. The collaboration is a treasure.

Thanks are also due to WaterGirl for adding go-between to her many blog duties, and to Balloon-Juice for giving us all a place to enjoy each other’s photographs.

A lot of my pictures are taken within a stone’s throw of my house. I’ve lived here for thirty-four years, paying constant attention to the sky, the weather, the seasons, and the amazing fact that someday I’m not going to be here, but right now I am. Everything changes, and my pictures are my ongoing attempt to capture the flow, one moment at a time. 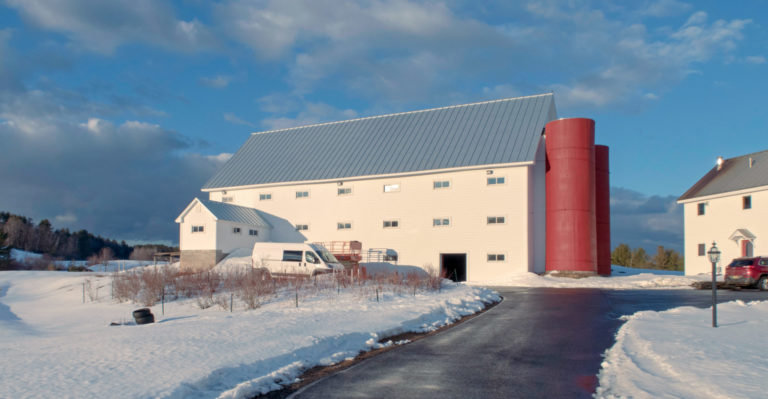 In 1987 my family moved into a ramshackle old farmhouse with a ramshackle old barn on the ten-acre remnant of a dairy farm. The farmhouse was torn down and replaced in the late nineties, but the barn is still here, the focus of unending restoration, repair, and repurposing. The building is an L, with only one of the two major wings visible here. The little room that juts forward in this shot doesn’t count, but for the record, it was where the milk was stored, in a deep concrete basin in the floor, until the truck came to pick it up. 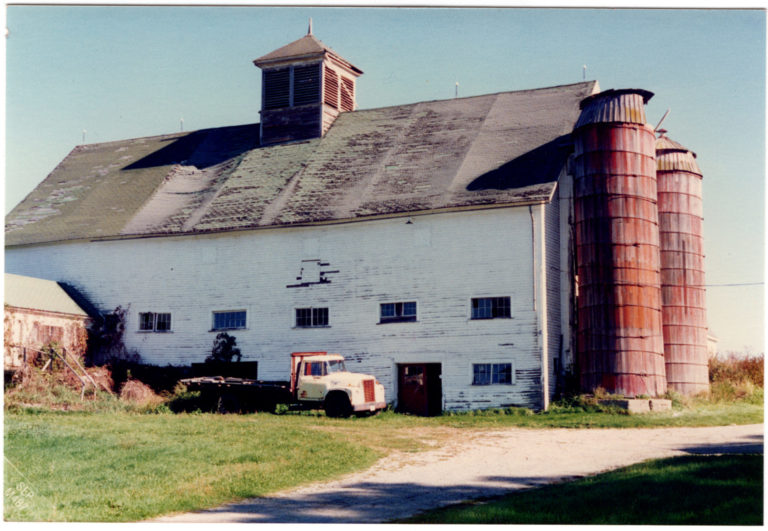 This is how the building looked the day I first came here with a realtor, a toddler, and a four-month-old baby in tow. When I brought my then-husband back to see it, the agent gave us a tour of the house, then said, “You’re not farmers, right? So you don’t need to see the barn.”

Um, yes, we needed to see the barn.

For all that has been added or restored, one thing from this old version is missing in the new: the cupola. We expected the roof to collapse under a snow load, and the cupola along with it. But they both survived the first winter and ended up falling – but only halfway – the following summer. A crew pulled the cupola down the rest of the way with ropes, an event that traumatized my three-year-old son so much that he re-enacted it for six months in any materials he could find to build replicas with. 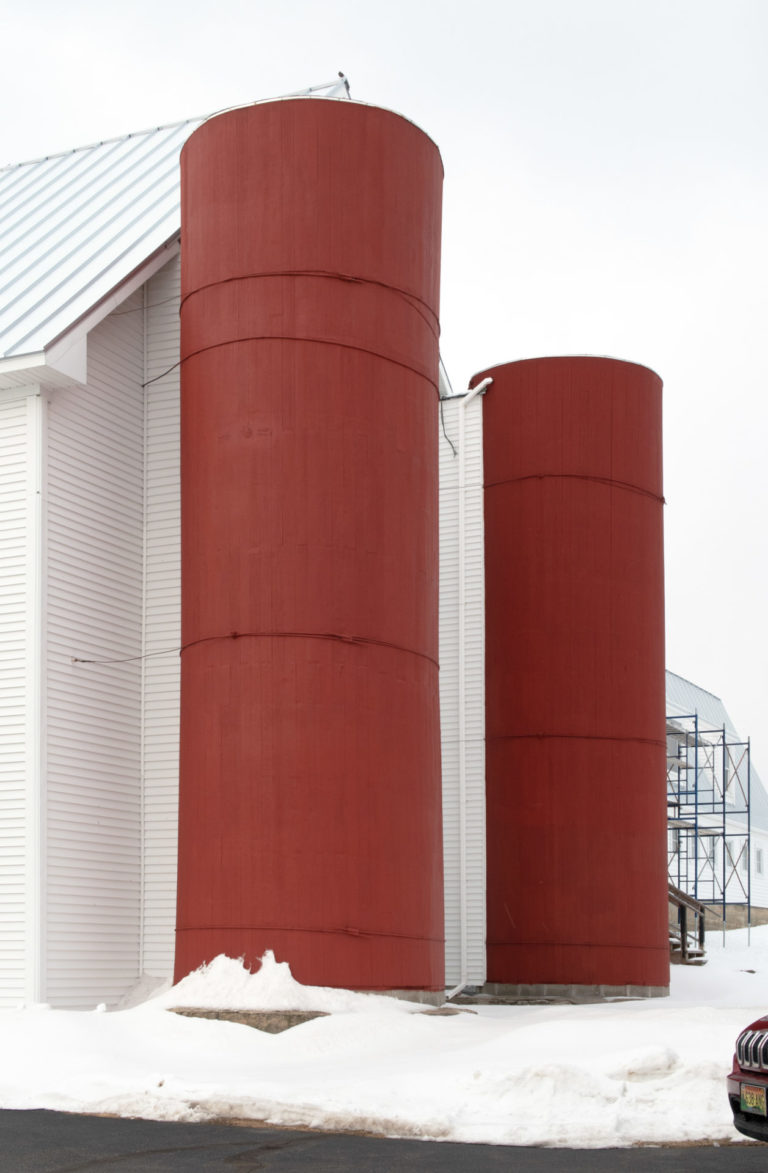 Much like the tourist’s Great Wall of China, the exterior of the renovated barn is an artist’s rendering. The red boards of the silos have been replaced, repaired, painted, and repaired again. Similarly with the barn’s white siding, and the roof. The scaffolding just visible here was waiting for summer, when the roofer would come to finish the last section of a new roof – the second one the barn has had since we moved here. 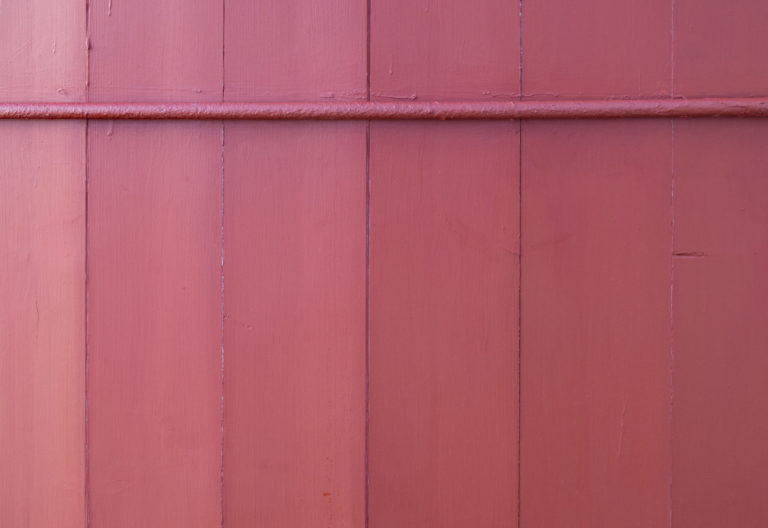 A silo, up close and personal. 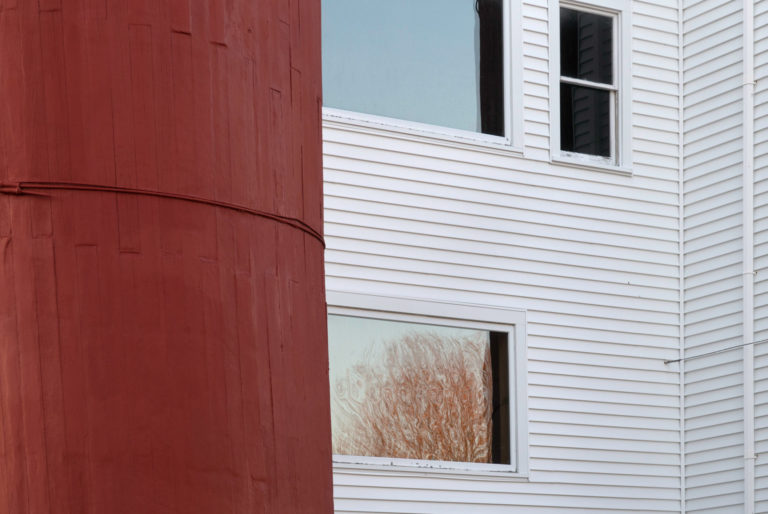 A reflection hides what’s inside. 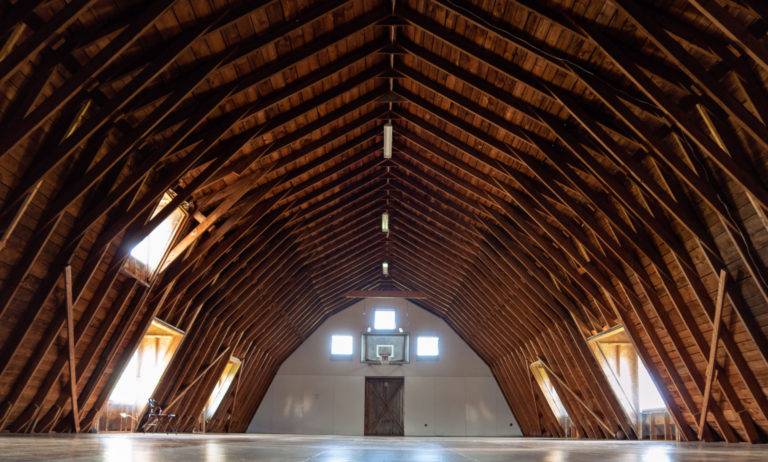 When the realtor showed us the barn, the stairs to the upper levels were so rotted out that we couldn’t climb them safely. But there was a hatch in the ceiling of the milking parlor that allowed a glimpse into one of the lofts, where the previous owner had stored two hundred tons of hay. My ex stuck his head up there, had a look around, and announced, “That’s where the basketball court is going to go.”

I had been doing the house-hunting while he worked, and it was news to me that I was looking for space for a court. But I wasn’t surprised when he made it happen.

Soon the disintegrating floor had been replaced by 4×8 sheets of plywood, with screws set a foot apart in each sheet (over 4000 screws); there have never been any dead spots in that floor. It’s a full-length court, though not effectively full-width because of the rafters.

The barn hosted what my son dubbed “big guy basketball” three times a week for years. In a rural area where public playgrounds are scarce, generations of kids have used the court as a gathering place. For a long time I was the crabby old lady on the corner who enforced rules like “Bring separate shoes and change on the first floor,” and “Call before you come,” and “Don’t smoke in the barn.” Now my son is the enforcer. He has a lot more patience with teenagers than I did. 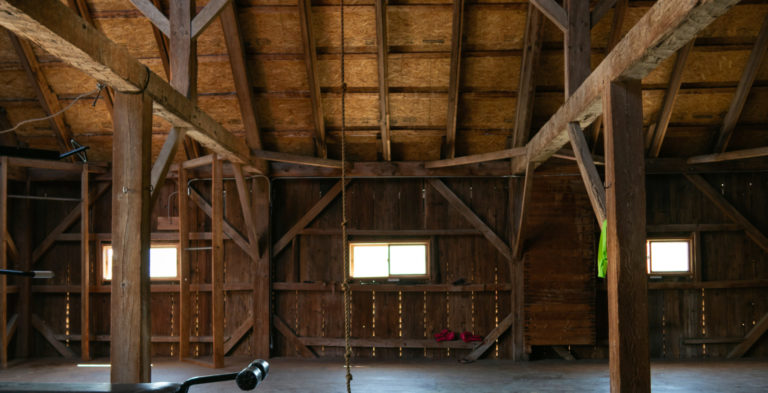 Picture #2 shows a building that looks like it could fall down in a slight breeze. This picture shows why it didn’t. The frame, with its 10×10, hand-hewn hemlock timbers, was largely intact when we came, despite being a couple hundred years old. 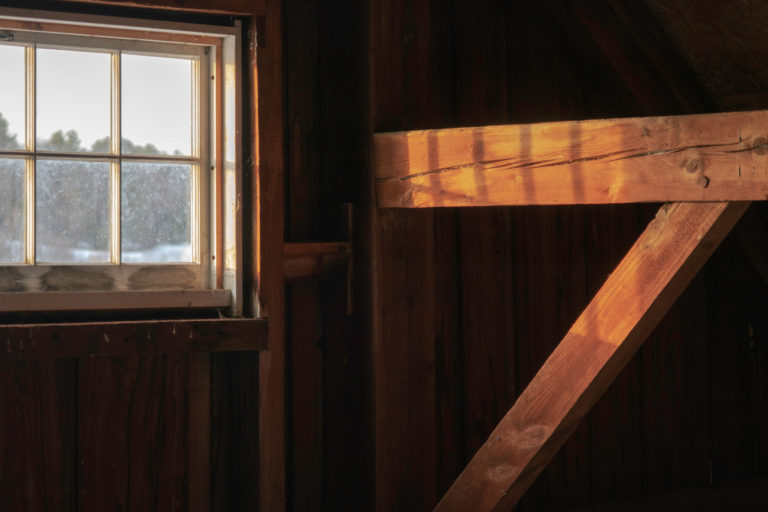 In my imagination, the frame carries the memories of all the years it has stood there holding that building upright, one sunset after another.