I know it’s Halloween, but for this week’s Medium Cool let’s talk about Dune.

As I mentioned in last week’s thread, I’d just seen Villeneuve’s film and I was gobsmacked. It’s a tremendous accomplishment, and only covers the first part of the novel. So let’s talk about that film. But also the Frank Herbert novel, David Lynch’s 1984 film, and Alejandro Jodorowsky’s aborted version (if anyone’s game).

END_OF_DOCUMENT_TOKEN_TO_BE_REPLACED

Says the guy whose company was bailed out by the Obama stimulus and currently has a multi-billion dollar government contract pic.twitter.com/1kCxUdGieI

w/o auto bailout under Obama, Tesla would not exist today

I don’t think Willard Romney is even a billionaire — just a hundred-millionaire carrying water for his (fiscal) betters:

"Your tax reform won't work because I and all my rich friends will just launder our money to avoid it being spent on social programs."

This is what the GOP sounds like when you strip out all the ethnopopulism. No wonder they cling to Trump so hard. https://t.co/J0aQpB0yiO

As Musk and Bezos rocket into the hundreds of billions, many in the 10 to 99 billion range are feeling the sting of economic anxiety. And the new Democratic tax plan is only making things worse

END_OF_DOCUMENT_TOKEN_TO_BE_REPLACED

For some, the teenager who shot three people on the streets of Kenosha, Wisconsin, during protests that followed George Floyd’s death has come to personify America’s polarization. Kyle Rittenhouse’s trial will begin Monday with jury selection. https://t.co/ZUhzAzYQcm

Kyle Rittenhouse is a spottily-educated teenage lumpen-prole who killed two people and wounded a third, using a gun he shouldn’t have had in his possession, in a place where he shouldn’t have been. Those facts are generally agreed; the argument is whether the killings should be defined as ‘murder’ or ‘self-defense.’

Rittenhouse has been badly served by every authority in his life — from his feckless parents, to the Kenosha police who let him walk away without so much as confiscating the weapon, to the rightwing publicists currently using him as a fundraising tool and all-purpose prop in their war against American democracy. I do not foresee much of a future for him, regardless of any (every) eventual verdict. Possibly he will be incarcerated. Or he will walk ‘free’ and continue to be manipulated by his proudly fascist-adjacent friends, until they find some newer mascot or (my personal bet) he is emboldened by his ‘celebrity’ into committing further crimes that he won’t be allowed to walk away from.

Bruce Schroeder, the judge (currently) in charge of the trial set to begin Monday, has done Truth a favor by setting his thumb, fist, forearm, and full body weight on the scales. Per Paul Butler for the Washington Post:

… Schroeder’s decision to prohibit the use of the term “victim” is unusual but not unprecedented. The judge in former Minneapolis police officer Derek Chauvin’s trial for murdering George Floyd discouraged the prosecutors from referring to Floyd as a victim, but he did not forbid them from doing so.

But Schroeder crossed the line from jurist to advocate when he forbid prosecutors from saying “victim” because, he said, it’s a “loaded” word, but allowed the defense to say “arsonist,” “looter” and “rioter” — as if those words aren’t just as loaded. Schroeder’s decision supports the defense strategy of putting the victims on trial, to make it sound as though they got what they deserved.

Indeed, Schroeder went so far as to say that the defense lawyers can “demonize” the three men who Rittenhouse killed if they think that will score points with the jury. This is judicially sanctioned slander.

Over the objections of prosecutors, he will allow the jury to see a video of the police thanking a group of vigilantes and handing them bottles of water. The defense will use the clip to suggest that not only was Rittenhouse entitled to be in Kenosha with an assault rifle, the local police were actually glad he was there.

Yet the judge turned down prosecutors’ request to admit as evidence video of Rittenhouse beating up a teenage girl who got into a fight with his sister. Nor will the judge allow video of Rittenhouse stating, 15 days before the Kenosha shootings, “Bro, I wish I had my [expletive] AR, I’d start shooting rounds at them” about people he suspected were shoplifting…

Rittenhouse has a credible self-defense claim, even if I don’t find it ultimately persuasive. If there is reasonable doubt, the jury must acquit him. But especially in a politically charged case like this, the appearance of justice is nearly as important as justice itself. This week, in Schroeder’s courtroom, justice failed to appear.

END_OF_DOCUMENT_TOKEN_TO_BE_REPLACED

There’s an article in WaPo called “Inside the last-ditch effort by Democratic women to pressure Manchin and salvage paid family and medical leave” that’s mostly infuriating, but this part made me laugh:

Manchin, meanwhile, privately expressed to Democratic lawmakers, White House officials and paid-leave advocates a series of evolving concerns specifically with the proposed benefit program, according to five people familiar with his thinking, who spoke on the condition of anonymity to describe private negotiations.

At times, the senator from West Virginia said a paid-leave program could invite fraud, likening it to those who tried to collect unemployment even when they were not eligible. In some conversations with lawmakers and advocates, he asked about work requirements, even though employment is a condition for one to take leave in the first place, some of the sources said.

END_OF_DOCUMENT_TOKEN_TO_BE_REPLACED

Hey everybody, you have 2 more days to let us know you want to be in the Pets of Balloon Juice 2022 Calendar!

The pets below were in the 2021 calendar, and some of them are wondering if they are going to be in this year’s edition.

Full disclosure, my Tucker is on that list, as are John Cole’s pets, but they too are wondering about the calendar.  So we’re not shaming, we’re just asking!

Even if you lost your beloved pet this year, they can still be in the calendar with a heart. 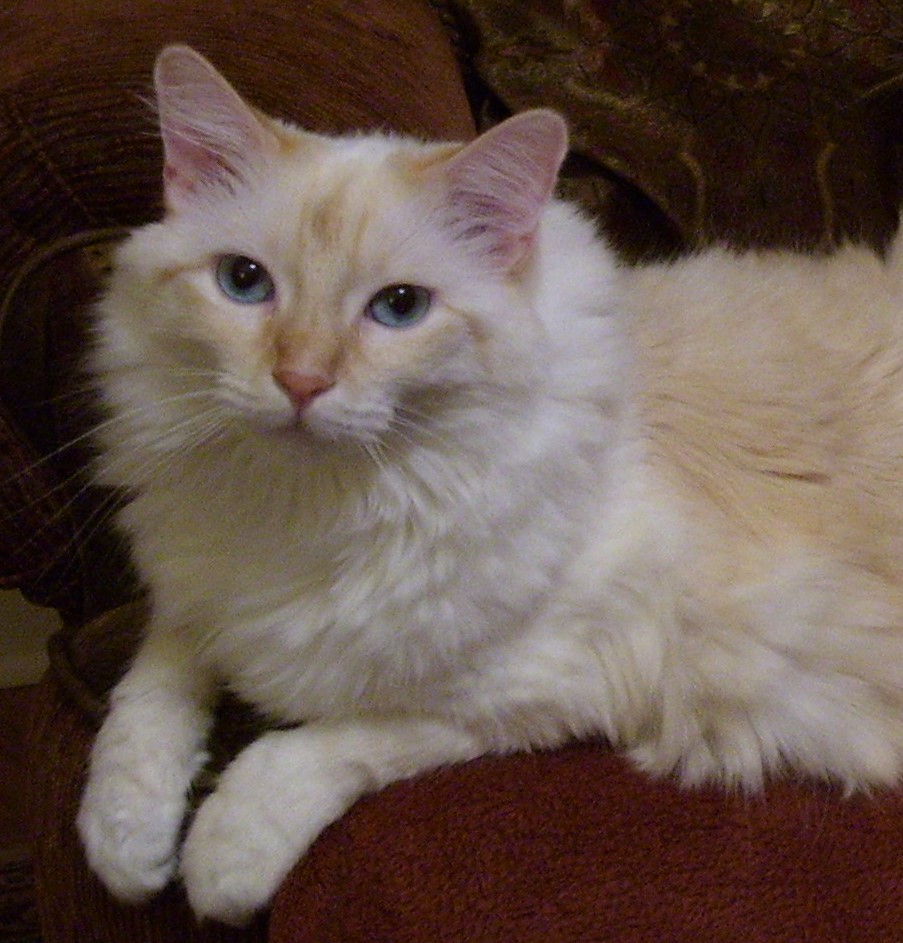 END_OF_DOCUMENT_TOKEN_TO_BE_REPLACED

New pic of Elvira with her girlfriend. pic.twitter.com/Dj04jUgtzW

Give them something good to eat: Animals at the Chester Zoo enjoy some Halloween treats. pic.twitter.com/NA9iTmuYpn

Ring-tailed lemurs are seen playing and eating Halloween treats out of jack-o'-lanterns at the Oregon Zoo pic.twitter.com/9igDK8I5FW

The Monster: I want you to build me a mate.

Victor Frankenstein: I don't think I'm comfortable with that.

The Monster: i am 73% femurs, stolen skin and bicycle parts. is this is where you draw the line. are you serious. are you actually kidding me right now

This the greatest Halloween decoration I’ve ever seen…. pic.twitter.com/V4G5kS5le0

END_OF_DOCUMENT_TOKEN_TO_BE_REPLACED 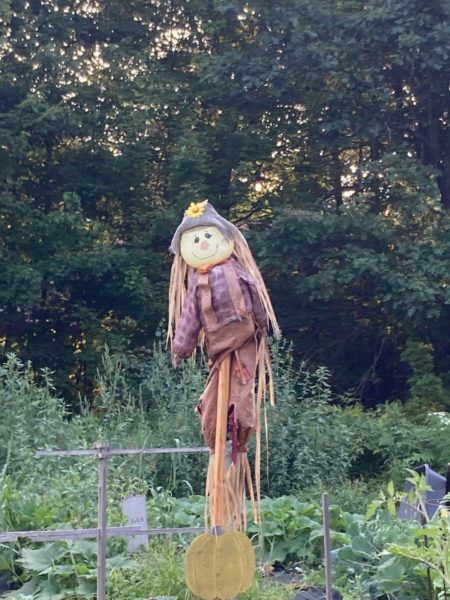 Thought I’d send some photos of our neighborhood garden. It started with the compost bins [bottom photo] and a few raised beds and expands a bit every season. 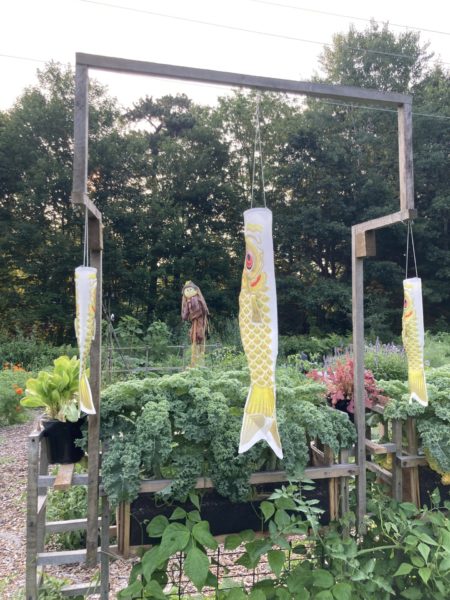 The garden is next to a fire lane between our neighborhood and another development. It went from an overlooked area to a happy place. 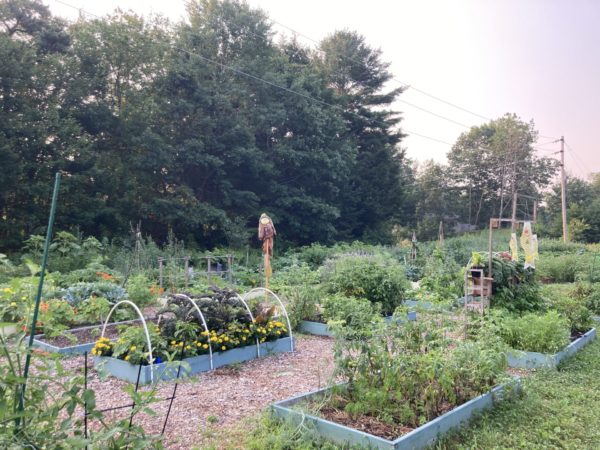 This was a leaf pile last summer and now it’s the start of a new flower/herb garden. 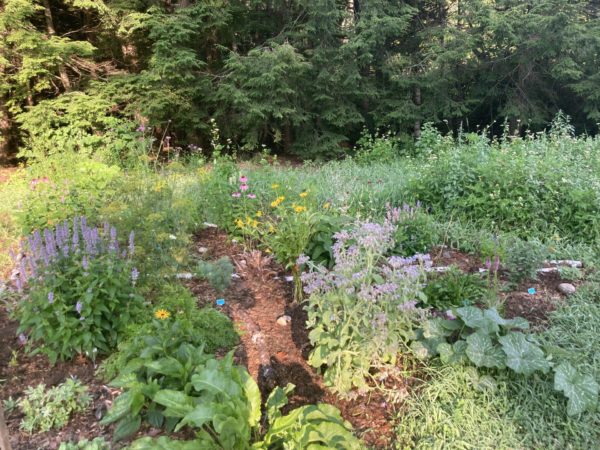 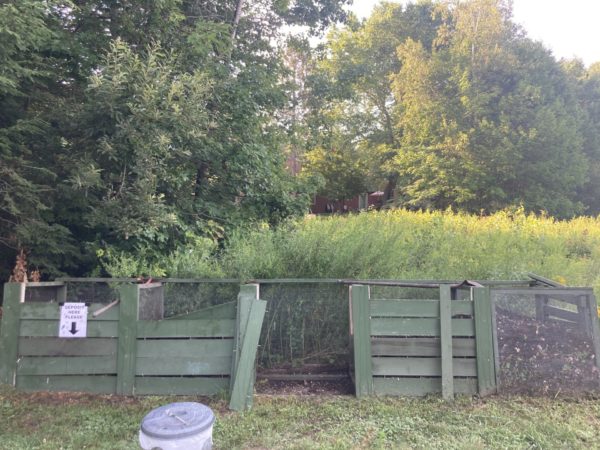