You are here: Home / Open Threads / Beyond Disappointing – The George Floyd Justice in Policing Act 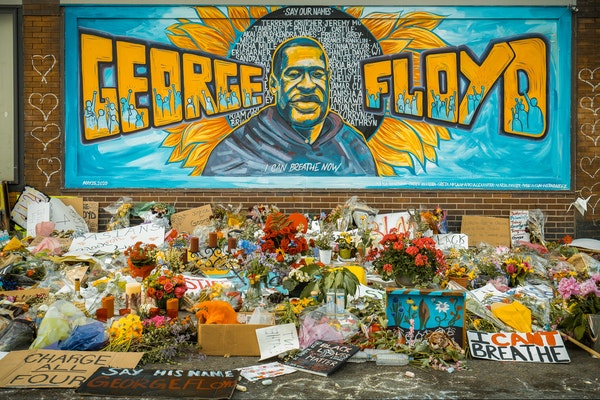 It’s beyond disappointing.  The George Floyd Justice in Policing Act has been declared dead in the Senate.  Apparently as dead and George Floyd himself.

I hesitate to say anything in this climate where we are outraged all the time, but it would be wrong to let this happen quietly, going by without notice.

I am appalled and enraged.  I know the democrats can’t do this stuff by themselves, or by “Democrats – 2”, but geez, when Republicans cannot even agree that it’s not okay to murder black men, I don’t even know where to start.

I am of the opinion that the Democrats aren’t pushing in a few areas because they want to get the current 2 bills passed before they take on the third rails of policing.

Update:  News that came in after writing the original post:

A Texas board on Monday recommended a full posthumous pardon for George Floyd for a 2004 drug arrest made by a former Houston police officer now charged with murder in a botched 2019 drug raid. The officer’s case history has come under scrutiny amid allegations that he falsified evidence in previous arrests.

…years before his death, Floyd was arrested in his hometown of Houston for selling $10 worth of crack cocaine in a police sting. Gerald Goines, an undercover narcotics officer who made the arrest, claimed Floyd had given the drugs to an unnamed informant. Floyd initially battled the charge, but facing a 25-year sentence if the case went to trial, he later pleaded guilty and served 10 months in state prison.

..But his family has said the 2004 arrest is what began the unraveling of his life.

Sorry for shouting, but in what world does it make sense that someone charged with $10 worth of crack cocaine in a police sting can face a 25-year sentence if the case goes to trial???

So this first (likely bogus) arrest not only sent a man to jail for 10 months, but may well have triggered the unraveling of the life of  George Floyd.  It’s no wonder that he had an anxiety attack when the police were shoving him into the back of their vehicle on the day George Floyd lost his life.

It’s not just policing that needs to change.  It’s also prosecuting.  I may not remember his name, but I am still gutted at the thought of the remarkable young man who took his own life several years ago after being threatened with a ridiculous sentence by prosecutors.

Previous Post: « Wednesday Afternoon Open Thread
Next Post: Time to Go Through Your Pet Photos for the BJ Calendar