You are here: Home / Open Threads / Where Were You? (Open Thread)

I may do one of these posts every so often as we head toward the 20th anniversary of Balloon Juice in January.  I asked for some random numbers in an open thread the other night to provide some starting points for where to go in the wayback machine. 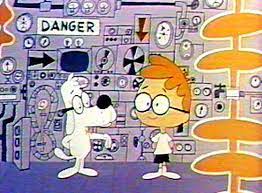 Anne Laurie posted about ‘Douchecanoes’ in the Republican party.

We have mistermix writing about the New Yorkers new secure system (Strongbox) for sources to submit documents to them.  (I wonder if that made a difference to all those women who came forward to talk to Ronan Farrow.)

Mistermix wonders whether Chris Kluwe was cut from the Vikings because of LBGTQ support.

We have more mistermix with an Open Thread and an invitation to ‘discuss the culture of corruption in Obama’s White House’.

DougJ writes about Michael Kinsley and austerity.  (Was that his 15 minutes of fame?)

And DougJ with a music thread.

Anne Laurie with a post about hedgehogs and Dave Weigel predicting a Hillary Clinton loss in 2016 because of Benghazi.

We had DougJ with a Megan McArdle reference and a Kinsley beat down on twitter.  (I have no memory of who that is.)

We have John Cole with a treatise on “The Manly Men of the Right”.

And a second Cole post with a “Manly Men Update”.

We have Anne Laurie with a post about writers dragging themselves through message boards at dawn looking for a troll to fight.

And a classic Cole Tunch post: Hands Down, the Worst 200 Bucks I Have Ever Spent

And Cole with another post about why the NHL isn’t more popular than it is.

It’s interesting to look at those posts, a little snapshot in time.   Barack Obama had just started his second term.  We had republicans to battle, but we still had high hopes.  It was a time of partisan politics, and plenty of bullshit, but we weren’t living with an existential threat that weighed on us pretty much every single day.

I am, of course, referring to the Republicans, not to the pandemic.  But there’s that, too.

On May 16 of 2013, I was worrying that my (formerly) beautiful redbud tree was dying, deciding to have it cut down, taking pictures of flowers, and arranging to have my beautiful new fence built – blissfully unaware that in just 15 days my new fence would be installed, my huge silver maple would fall on my house and the fence that was just 7-hours old, and that life as I knew it would be totally disrupted for 6 months until mid-November when I was finally able to move back into the house.

Where were you and what were you doing in May of 2013?