My old camera was retired last winter first and foremost because it didn’t take RAW images. But in fairness, it could have done more than I ever asked it to; only rarely did I try anything beyond “point and shoot.” Once or twice I used the macro setting to take pictures of flowers, and occasionally I activated the flash, though I didn’t know how to make good use of it. Now and then I focused the camera to get a certain exposure, then moved it to get the composition I wanted. Tricking it that way didn’t get me far, but at least it made me pay attention to exposure at a rudimentary level. (Not that I knew it was called exposure.) Other than that, I ignored the camera’s more sophisticated capabilities.

Then Steve from Mendocino came along and pointed out, in effect, that though I took some nice pictures, I could take better ones if only I would consent to learn a few photographic concepts and techniques.

I was retired, there was a pandemic on, I didn’t have much to do for fun. I thought, Why not?!

Little did I know.

It was a deep plunge into a new and confusing world, especially for a former math nerd who likes problems with clear answers. Algebra, for instance, can be lovely that way.

Steve edited a whole OTR post of fall color pictures the day WaterGirl put us in touch, explaining what he was doing via email. When I didn’t understand the explanations, he (and Google) clarified the vocabulary. Over the next few weeks I learned about clipping and burning and hot areas and filters and deliberately directing the viewer’s eye in certain ways. It seems obvious enough now, but it took a while for that idea to sink in, even though I knew that a written text does something like that, so why not pictures?

The process is ongoing. I’m learning to think more consciously about exposure and depth of field, and that it’s a good idea to walk around a subject before taking out my camera, to think about how I might want to shoot it. I’m starting to notice the difference between eye-catching patterns and pictures that tell a story. Lately I’ve started using the flash a bit and taking pictures of people, which I had mostly been avoiding.

And then there are the Lightroom and Photoshop lessons. New information doesn’t stick in my brain as readily as it did when I was young, but fortunately, fun and friendship are part of the package, keeping frustration mostly at bay. 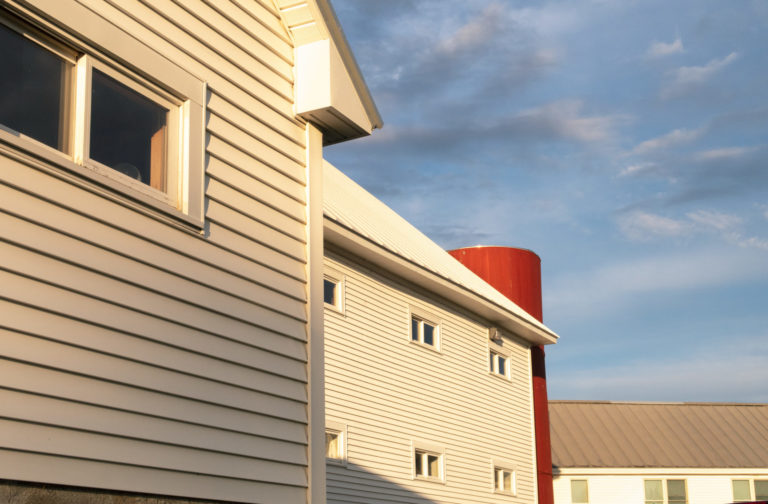 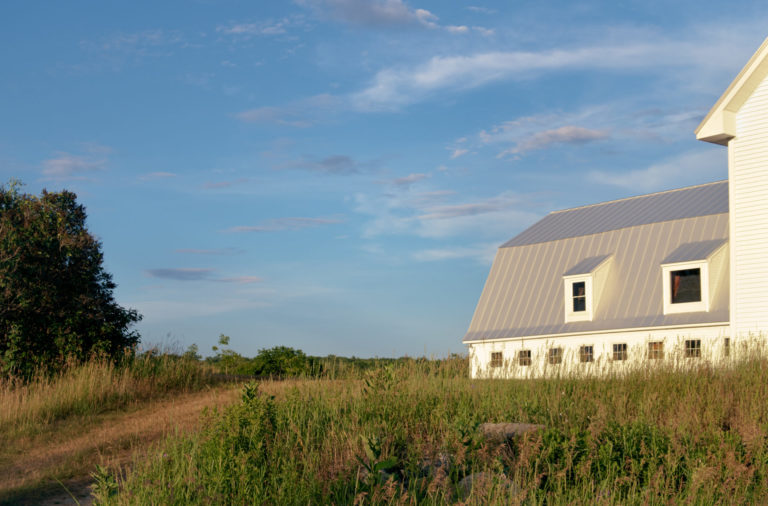 As Faulkner wrote: “The past is never dead. It’s not even past.” 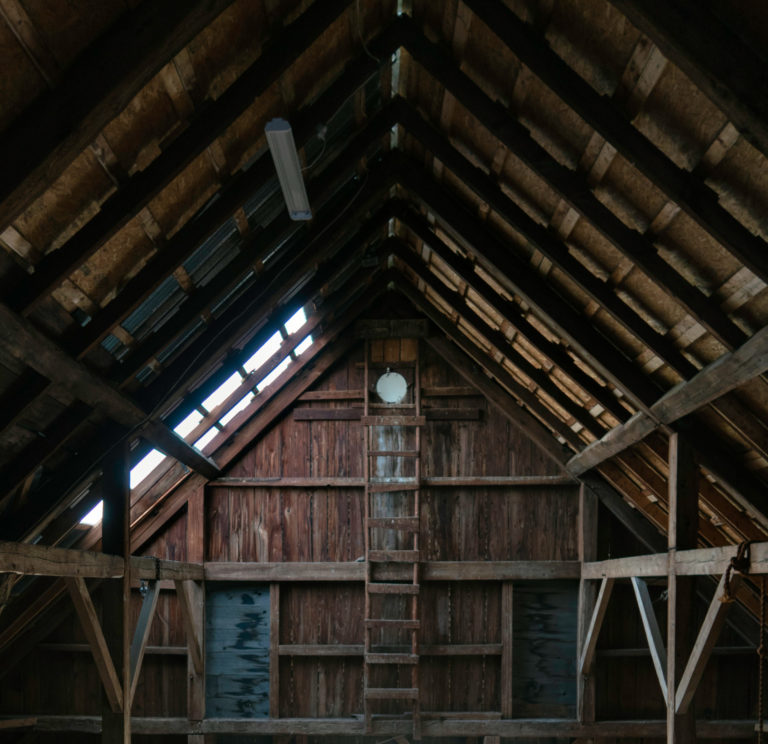 The other (and older) loft. 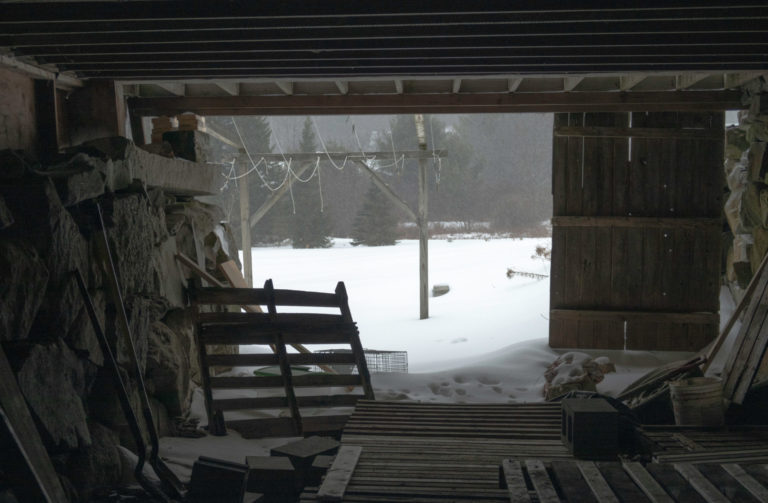 The wall of boulders looks like the basement of the old farmhouse, long gone. 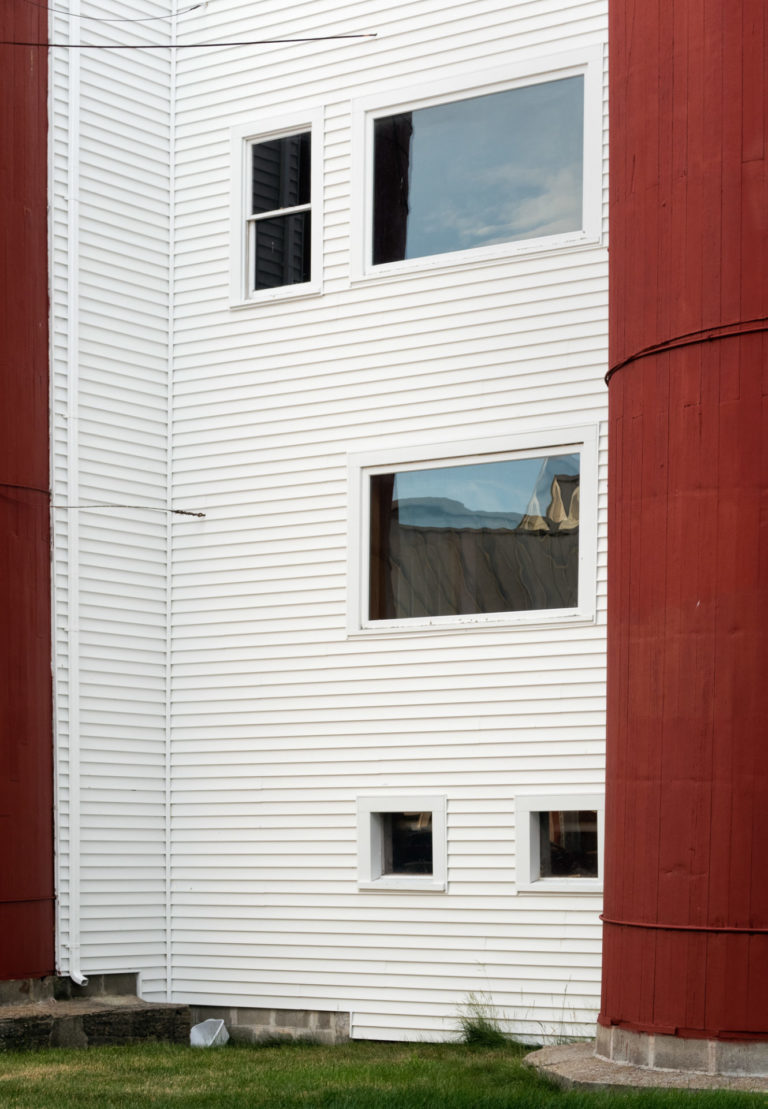 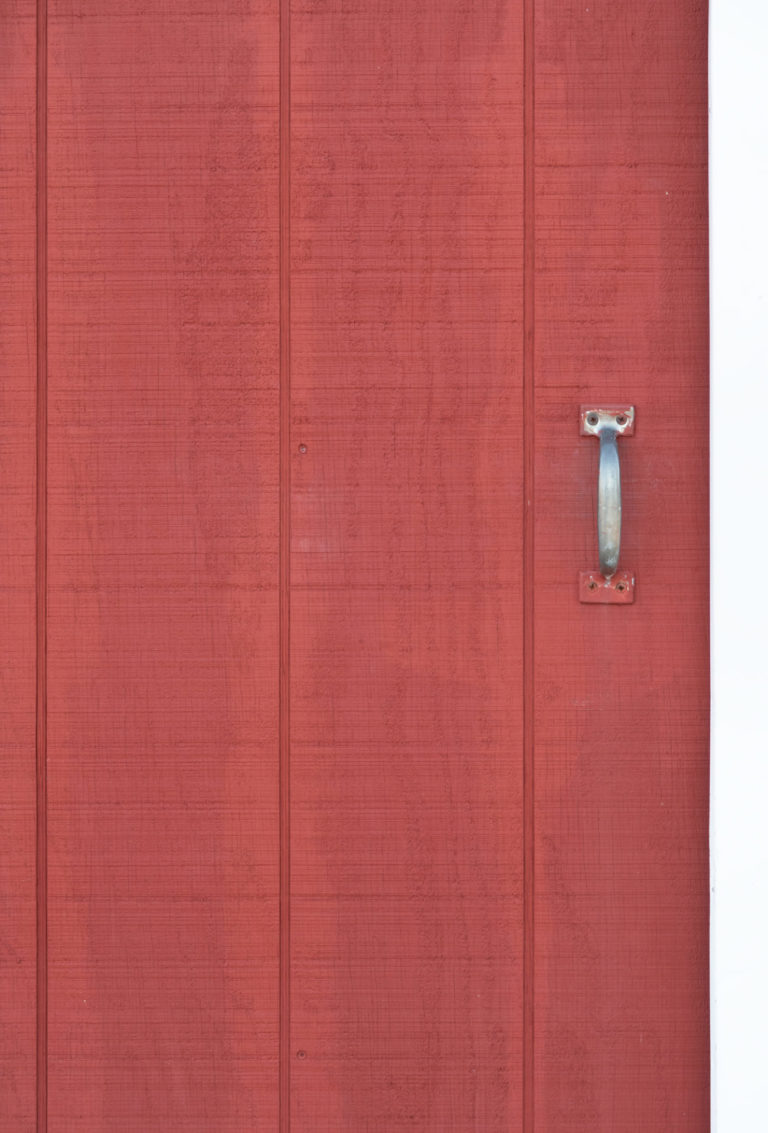 What’s behind the red door? The milking parlor. 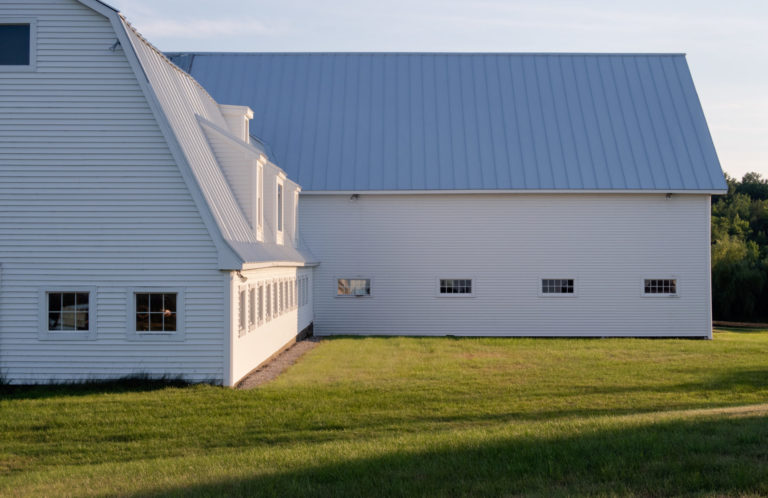 A good view of both wings. The nearer one houses the basketball court. 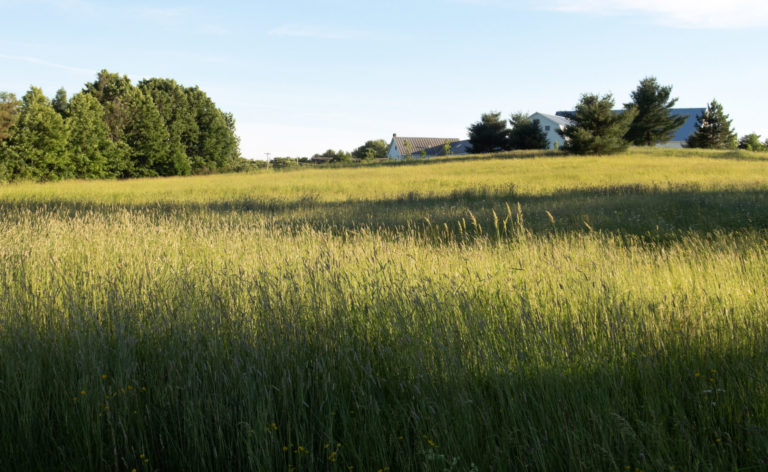