You are here: Home / Gun Issues / It Was Baldwin…And End-Stage Capitalism’s Violence…

That forged and then finished the chain that led to Haylna Hutchin’s death.

There’s already been a fair amount of discussion here about the shooting death of Halyna Hutchins, the director of photography on the set of a western being shot on the Bonanza Creek Ranch in New Mexico.

Some facts have been established: Alec Baldwin, the film’s producer* and star, was handed a gun by an assistant director, was (according to an affidavit) told that the gun was “cold”–not loaded–and fired. The gun was loaded, though it’s not yet clear with what type of ammunition, and the shot struck and killed Hutchins and wounded the film’s director, Joel Souza.

So, proximately, this was a tragic accident, at least once the gun reached Baldwin: he acted on the information he had been given (and as an actor on the set, that’s standard procedure), that information was wrong, and tragedy followed. 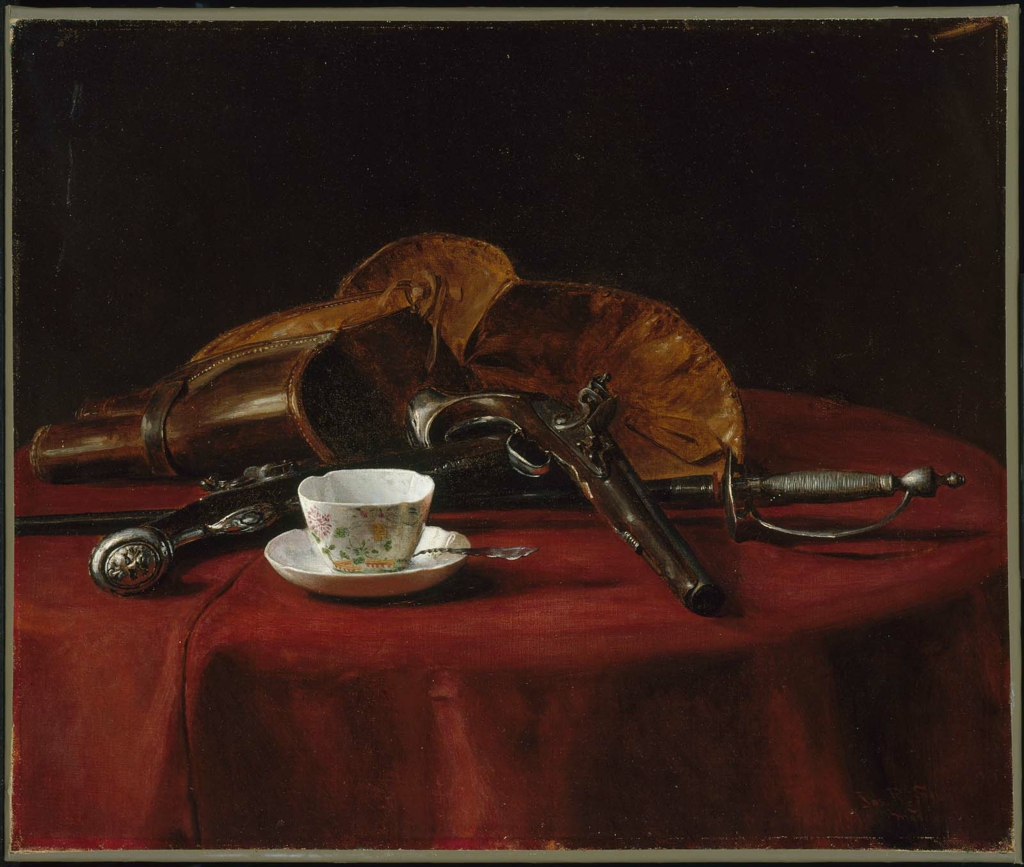 (They are always loaded)

So why the headline?

Because Baldwin was, as star and producer,* ultimately   among the most powerful people on that set, and if the production process was so far deranged that a loaded firearm could reach his hand without his knowledge, that, ISTM, (ETA): then at a minimum, he bears a burden, a significant share of the responsibility for the circumstances that made it possible for the killing to occur.

ETA: A number of commenters protest that this is an indictment ahead of the facts, for at least two reasons. 1: Baldwin was a producer not necessarily the producer, and may very likely not have been the responsible production person on location, in which case the systematic problems on the set were not his sole responsibility, or his responsibility at all. And 2: we don’t have all the facts, and this charge is a leap to judgment.

Objection 1 is valid, but incomplete. Baldwin as the big-name star and a titular, at least, producer was (ETA again) one of the most powerful people on that set; if corners were being cut he was both in a position to know it (hard not to, given that crew members walked off) and to do something about it. So, yes, I may be too harsh. But I don’t think I am waaaay to harsh, if you catch the distinction.

Objection 2 is both obviously true and yet doesn’t change the facts we do know, which strongly point to a series of problems leading up to the tragedy. That’s the systematic failure which, to me, creates a responsibility that is less proximate than the sequence of events that led to handing a loaded weapon to an actor who was told it was “cold,” but still central to the tragedy.

To be clear: the shooting should never have happened. On a properly run and staffed shoot, it could not happen. Valued commenter Starfish linked in the morning post to this excellent Twitter thread by a film armorer I’d hire explaining how firearms are properly managed on a production, and how brutally badly the system must have failed on Baldwin’s set to end up with this death.

I have little experience in such procedures, but not none. I’ve directed one scene in which we used real guns firing real blanks (as in, bullets with powder but no projectiles), and the basic message of that the armorer above, SL Huang, informed everything we did.

Here’s the scene that resulted from that day’s shoot, in a film I made with David Macaulay as the host:

It’s the opening scene, so you don’t have to wade through endless shots of round buildings.

We had five Colt .45s on the set, lent to the production by the Colt company, who also supplied us with their top armorer. He was a former Marine gunnery sergeant who had been a firearms instructor in the service.  He allowed me to heft one of the long barreled pistols, which he checked and showed me was unloaded–those are heavy weapons!–and my wife, who was the designer and prop master for the shoot,** was also allowed to handle one of the guns, with the same check-and-show protocol.

She too was surprised by the weight, and started to lift the gun in the little circle of people around the armorer.

The armorer started to speak but I shouted over him, loud. Every gun is loaded. Even if you have just seen that it’s not, it’s loaded. It cannot be pointed at anything you don’t intend to shoot. When I say I shouted I mean I shouted, loud and harsh, telling her to put that thing down.

As we worked through our shot list, the procedure on the set never varied. The only person to handle the weapons was the armorer, who handed them to the actors. The first setup was a series of walking shots. The guns were not loaded. Each weapon was checked before it was passed to an actor. We did our repeats for angles in a continuous series of takes, so the armorer left the weapons in the hands of the actors, but stayed next to me and the DP to keep his eye on his responsibility throughout.

When that morning work was done, we broke. He took the guns and locked them in his vehicle.

After lunch, we set up for the pyro shoot, when the actors would pull triggers and discharge blanks, while the pyro guys would (in sync!) blow up fire-cracker sized charges to simulate a bullet’s impact. That was fiddly, precise shooting, the kind of time-consuming work that puts pressure on the schedule. Our crew was tiny by feature standards, but huge for a documentary, somewhere around eight to ten people on hourly wages, all of whom would kick up to time and a half at ten hours and double time at twelve. I wasn’t just the director on that shoot; I was the producer as well, so that was on my mind. Part of my associate producer’s job was to keep me aware of the schedule and to try keep us below ten hours if at all possible.

But this was the rule: the armorer loaded a single blank per gun per shot. He was the only person to handle those guns besides the actors. Me, the A.P., our P.A.s–none of us could act as runners. He would clear the fired guns, reload–a single blank–and hand each gun back to the actor, for each shot as we worked our way through our inventory of thirty or so pyro charges.

It took us hours.  I think we came in just under the start of overtime, but it was a near thing. (We were racing the light too, so that was extra fun.)

But that’s the way you do it. Everyone on the set has to know, to a certainty, what the state of any weapons may be, and they have to be safe. Only the people who actually, truly know what they’re doing can deal with the weapons and the chain of custody, as it were, can’t be broken. The shots have to be understood, and at no time can a weapon, unloaded, or carrying blanks, threaten a person. If any of that slips, the armorer (and others, as Huang’s thread makes clear) have to have the authority and personal strength of character to shut the whole thing down.

All this by way of saying that the Rust movie set on which Hutchins was killed was sufficiently poorly managed so that a number of union (as in, experienced, and knowledgable about how sets are supposed to work) walked off rather than continue to work in unsafe conditions. That’s on the production side of the work, and that was represented on set by a producer, Baldwin.

This is a tragedy. Having worked for a lot of years at one end of this business I feel a connection to the story that’s probably a stretch. But it hurts–and it cuts my wife more, who has worked on a number of productions that involved re-enactors and plenty of black-powder discharges.

But what makes it enraging a well as saddening is that it clearly didn’t have to happen, and that it did is not only an indictment of the man in charge of this particular set, but also of the system within which Baldwin acted as he did.

That is:  at bottom, this is another murder-by-predatory capitalism. The reports so far have made it clear that this was a project being run on the cheap. One on which its producers were willing to bring in presumably less experienced, less expert scab labor to replace union workers who left not in a pay dispute, but in (clearly justified) opposition to an unsafe work place.

Hutchins died, that is, because Baldwin and his production team weren’t willing to pay for what it takes to run a professional, safe set.  The marginal dollar was more important than the elementary procedures everyone in the business–even a PBS documentary dweeb like me–knows are required to do the job right.

The predatory impulse in so many aspects of American life is literally killing us.

*ETA: As has already been noted in the comment thread, “producer” in  Hollywood is a flexible title. It may refer to the person in charge of the production from the business/logistics side. It may be a courtesy title given to a star or someone key to the funding of the project. I don’t know if Baldwin was the actual responsible producer on location, or if the title was just a sweetener to attract an expensive star to a low budget production.

Even so, I’m of a mind that if you claim the title you accept the bad stuff with the good. He was the most powerful figure on a set that was flaky enough to drive responsible people off the job. I’m not sure if it’s fully clear what a big deal that is. Downing tools mid-shoot is a HUGE statement. Given the professional culture of the production trades, stuff has to be really wrong before the “show must go on” ethos breaks.

**Not nepotism or a cheaping-out. She is a member of two production unions, USA and IATSE, and has three national Emmys for her design work on documentaries. She didn’t cut her rate for me, as she shouldn’t have.