You are here: Home / Climate Change / Coal Is Dead and Manchin is Chasing a Corpse

Nice piece in CNN about the decline of coal and how humanity’s survival basically hinges on ending the use of fossil fuels, and this graphic was illuminating: 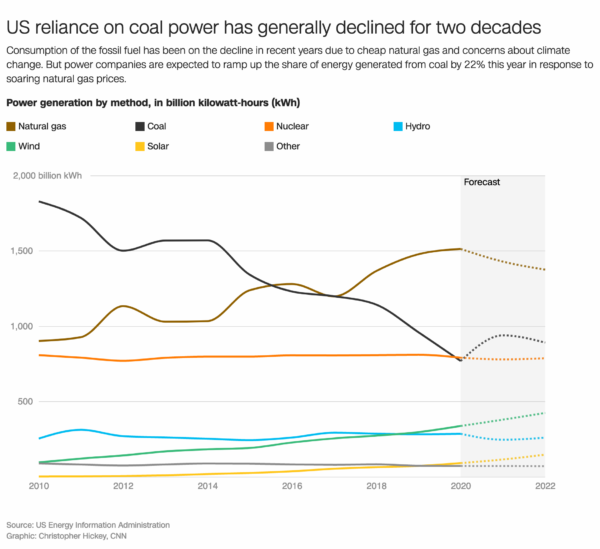 If coal use in America were a covid patient, it would have been on a ventilator the last ten years. It’s time to pull the plug, and everything Manchin does to delay it is just causing more pain for the people of West Virginia, who are going to stick to our old dead past and not get the training and infrastructure to move into future industries.