The ‘Dems in disarray, Election Edition’ takes have grown stale, President Crafty Uncle Joe has gotten his infrastructure bill passed — must be time for the latest version of ‘Because of Wokeness, We Are Gonna Galt-Gulch Our Productivity! 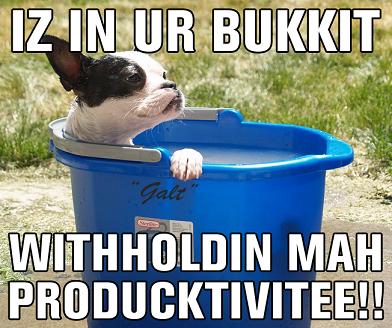 My “I am starting a new university because all the others are irreparably broken” t-shirt is raising questions https://t.co/D3LTBFyh7P

Every nine to twelve weeks, without fail, this crowd founds some new Institute, Foundation, Think Tank, or (now) “University”. The About Us page is always some subset of the same thirty or forty people. pic.twitter.com/HRU3l3aKZw

I don't know how anyone could keep a straight face while writing this. pic.twitter.com/NcQsmF1n8k

The University of Substack can hire Aaron Rodgers as the QB coach for the Fighting Cancellees.

Calling a timeout after my University of Austin Fightin' Tautologies are on the wrong side of a 9-0 run in the second half. They circle up around me. "I find this behavior CONCERNING," I shout, "but hardly SURPRISING given the sadly degraded state of the CONVERSATION ON CAMPUS."

The copy for UT Bari is absolutely indistinguishable from parody. The gap between its pretensions and the overexposed Intellectual Horse Paste Web mediocrities running it is like a 3-year-old going to a routine play date in a tuxedo pic.twitter.com/znnTGPD06s

I enjoy the guys in the comments insisting that they hire more racists.

Hope the administration at Bob Jones University is staying up tonight to keep the University of Substack from poaching their faculty.

A non-accredited, non-research university that does not confer degrees… mama that's a book club.

Previous Post: « It’s the Education, Stupid!
Next Post: I Would Die for You…I’d Do Time for You »