You are here: Home / Foreign Affairs / We Are Already Right of Boom! Russian Irredentism Towards Ukraine, the US’s & NATO’s Response, & Ukraine’s Sovereignty and Territorial Integrity 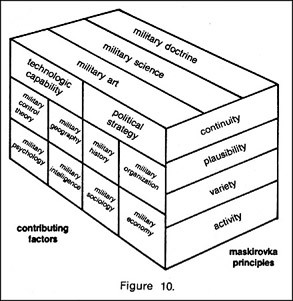 As I type this, the Russian military is continuing a mobilization, movement of forces, and military build up along its border with Ukraine. Analysts are all over the map on whether this means an invasion is imminent or whether it is all a ploy by Putin to rattle everyone. According to the reporting US intelligence seems to be convinced that Putin is planning to invade sometime in January 2022.

As tensions mount between Washington and Moscow over a potential Russian invasion of Ukraine, U.S. intelligence has found the Kremlin is planning a multi-front offensive as soon as early next year involving up to 175,000 troops, according to U.S. officials and an intelligence document obtained by The Washington Post.

The Kremlin has been moving troops toward the border with Ukraine while demanding Washington guarantee that Ukraine will not join NATO and that the alliance will refrain from certain military activities in and around Ukrainian territory. The crisis has provoked fears of a renewed war on European soil and comes ahead of a planned virtual meeting next week between President Biden and Russian President Vladimir Putin.

“The Russian plans call for a military offensive against Ukraine as soon as early 2022 with a scale of forces twice what we saw this past spring during Russia’s snap exercise near Ukraine’s borders,” said an administration official, speaking on the condition of anonymity to discuss sensitive information. “The plans involve extensive movement of 100 battalion tactical groups with an estimated 175,000 personnel, along with armor, artillery and equipment.”

The unclassified U.S. intelligence document obtained by The Post, which includes satellite photos, shows Russian forces massing in four locations. Currently, 50 battlefield tactical groups are deployed, along with “newly arrived” tanks and artillery, according to the document.

Go back and reread the first sentence in that last paragraph again: “The unclassified U.S. intelligence document obtained by The Post, which includes satellite photos, shows Russian forces massing in four locations.”

Really, WaPo, you obtained an unclassified US intelligence document with all that and you didn’t think: “why was this unclassified?” I have questions here about what The Washington Post is basing their reporting on, however, we do know that Russia is massing forces because it is both visible and because everyone is reporting on it. Also, just as a quick aside, I have found that open source intelligence is often as good and sometimes better than the stuff that is highly compartmented and classified, so please don’t take this as me crapping on unclassified material. Rather, I just find it hard to believe that this wouldn’t be classified if it was coming from the US Intel Community.

Ukrainian officials, including President Zelensky, have insinuated that Putin is both planning military action against Ukraine and that he has also been trying to orchestrate a coup to bring down Ukraine’s government and replace it with one more to Putin’s liking. Specifically, one that Putin can control and that brings Ukraine back within Russia’s orbit.

Ukraine has uncovered a plot for an attempted coup with the involvement of Russians, due to have taken place next week, President Volodymyr Zelensky said on Friday at a press conference.

Zelensky did not give full details of the coup plot and did not accuse the Russian state of involvement, though he also spoke at length at the press conference of a threat of Russian military escalation, and said Ukraine would be ready for it.

The Kremlin swiftly denied any role in any coup plot, saying it had no plans to take part in such acts.

Russia has been building up forces near its border with Ukraine. Kyiv, the United States and NATO have voiced concerns in recent days about a possible Russian attack — a suggestion the Kremlin has dismissed as false and alarmist.

“We have challenges not only from the Russian Federation and possible escalation – we have big internal challenges. I received information that a coup d’etat will take place in our country on Dec. 1-2,” Zelensky said.

Here’s what we know. First, the Russian military is involved in a significant mobilization of their forces and is moving them into position along their border with Ukraine. Most, but not all, analysts are interpreting this as a prelude to an invasion into eastern Ukraine. And the Ukrainians are obviously concerned about not only that possibility, but also a coup attempt similar to what Putin tried to orchestrate in Montenegro.

This Twitter thread by a Marine who is now doing a PhD in the War Studies Department at King’s College London lays out the interesting argument why this buildup is all for demonstration purposes. I highly suggest you give it a read. This analysis by a senior fellow at the European Council on Foreign Relations largely takes the other option and grapples with what happens should Russia indeed invade Ukraine and why it would do choose to do so.

However, the issue here is how Ukraine should respond. As well as how the US, its allies, and partners in NATO should respond. There have been a couple of high profile analysts arguing that Ukraine should just give Putin what he wants, which is to accede to his interpretation of the Minsk Accords. This is the argument of a senior political scientist at RAND who specializes in Russia and eastern Europe. He’s both written an op-ed for Politico and a long Twitter thread under the theory that when digging a deep hole for oneself, one should keep going rather than stop, arguing that since no one wants a war with Russia, Ukraine should just give Putin at least some of what he wants as that is the only thing that might avert a major war in Europe. A professor of international security at Northwestern has made a similar argument, also on Twitter.

The problem with these suggestions is, as John Sipher, the former CIA chief at Moscow Station, reminds us, Ukraine already made that type of deal with Russia. Specifically, Ukraine gave up the nuclear weapons that the Soviet Union had placed in Ukraine and Russia would respect Ukraine’s sovereignty forever. Something that Putin has already violated, repeatedly. Believing that if you give Putin what he wants, again, that he’ll then live up to his promises and Russia’s obligations is just naive. Actually doing it would also be strategic malpractice.

Where does that leave us? It leaves us already right of boom. We simply do not have the forces, specifically the ground forces, on the continent to deter Putin from invading Ukraine again provided this is not simply a diversion of sorts. And we certainly don’t have enough to dig him out and liberate Ukraine if he chooses to actually do so. V Corps has been reestablished. It is headquartered at Ft. Knox. While the Army has recently reestablished the 56th Artillery Command – full disclosure: I’ve served with its commanding general – US Army Europe does not have the capabilities to respond even with the 56th’s reactivation. US ArmY Europe’s subordinate elements in Europe are focused on training and sustainment. This means that forces would have to be brought from the US. And in order to be in place to deter an invasion, the sea lift of troops and equipment would have needed to start about three to four weeks ago. So if we have to mount a military response, we’re way behind the curve.

And this brings us to the strategic problem of what to do and when to do it. In order to deter Putin, the time to begin doing something militarily – the movement of personnel and material – is a month behind us. So if we’re going to do something, now would be a good time to start! Like right now. Because the strategic problem is that Putin looks for weakness, he probes for mush. When he detects it he continues to advance his interests. I was at US Army Europe headquarters in January 2014 when Putin was clearly building up to do something to Ukraine. The timelines then were different because he had to wait for the winter olympics in Sochi to finish and then for everyone to stop paying attention to him and Russia as the host. And also because his plans were to take action in case the Maidan movement toppled his puppet Yanukovych. Once the Maidan movement pushed Yanukovych out, Putin executed his strategy. He scarfed up Crimea, destabilized and then effectively seized the Donbas in eastern Ukraine using his little green men –  a combination of Russian special forces and Wagner mercenaries.

In 2014 President Obama decided that it was not worth risking a war with another state with a major stockpile of nuclear weapons. Especially as Russia’s military doctrine asserts that it will use nuclear weapons tactically in a conventional war if its conventional forces are overmatched and losing to its adversaries. This Russian doctrinal assertion has long frozen American and NATO decision making about how to respond to Putin’s aggression. This is exactly what Russia, Putin, and his senior military advisors want. It leaves them free to maneuver and everyone else constrained because of a doctrinal assertion. Obama’s considered and measured decision not to engage militarily, which to mark one’s beliefs to market, I agreed with in 2014, were then followed by four years of Trump’s sucking up to and siding with Putin whenever he thought he could get away with it. Which was both the objective of Putin’s low intensity war targeting the US during and since the 2016 election – to insure that America would not have a president (Hilary Clinton) who would push back against him – and only further encouraged Putin.

It is now 2021. In the past seven years Putin has been waging a low intensity war against the US, the EU, NATO, and several other countries. He continually probes and finds mush. As a result he keeps advancing his strategy to achieve his objectives. In the case of Ukraine, as well as the Baltics, it is to bring them back within Russia’s orbit and influence, which is where he believes they belong and need to be in order for Russia to be whole. I suggest that this time, the US and NATO need to meet his probing with steel. We know what happens when we fail to do so.

I was wrong in 2014. Putin needed to be given a bloody nose and knocked on his ass to deter future aggression. Our failure to risk going to war over Crimea only emboldened him. It would be strategic malpractice to make the same mistake again. Especially as Putin isn’t the only one probing for mush!

Here's another one. If Russia and China were planning simultaneous attacks (Ukraine, Taiwan) in early 2022, what would they be doing differently?

Small Business Sunday, Loosely Speaking
Next Post: The SC(R)OTUS ‘Choices for Me, But Not for Thee’ Option: Brood ‘Em, Birth ‘Em, Drop ‘Em Off »