I wasn’t aware of the blog when it opened its doors. That was back in the day when blogs were something I didn’t think would stick (so much of what I think/write is worth what you pay for it).

Also, frankly, I didn’t have a lot of bandwidth to argue with Red State milbloggers for some time after this farrago got underway, caught up as I was in my unhealthy obsession with she whose gastritis wrecked her calculator. But I got to reading it somehow, especially after Tim F. started co-blogging.

Then I started my own blog, the much shorter lived Inverse Square Blog (still like that name). Tim was an early reader and was kind enough to link from the massive media operation that was this place to my tiny spot. By then, I’d become a several-times-a-day Balloon Juice reader; this, and Ta-Nehisi Coates’ place at the Atlantic were my blog-homes.

And then Tim was kind enough to pitch my brand of logorrhea to John, (four thousand words in four posts on a McArdle buffoonery and such like) and the rest, as they say, is history. Maybe tragic, maybe farce, but some fraction of 20 yers nonetheless.  My first post, of course, introduced Tikka. He’s still with us, to my infinite gratitude, and as you may recall, he now has company. So let’s get the essential part of this post out of the way: 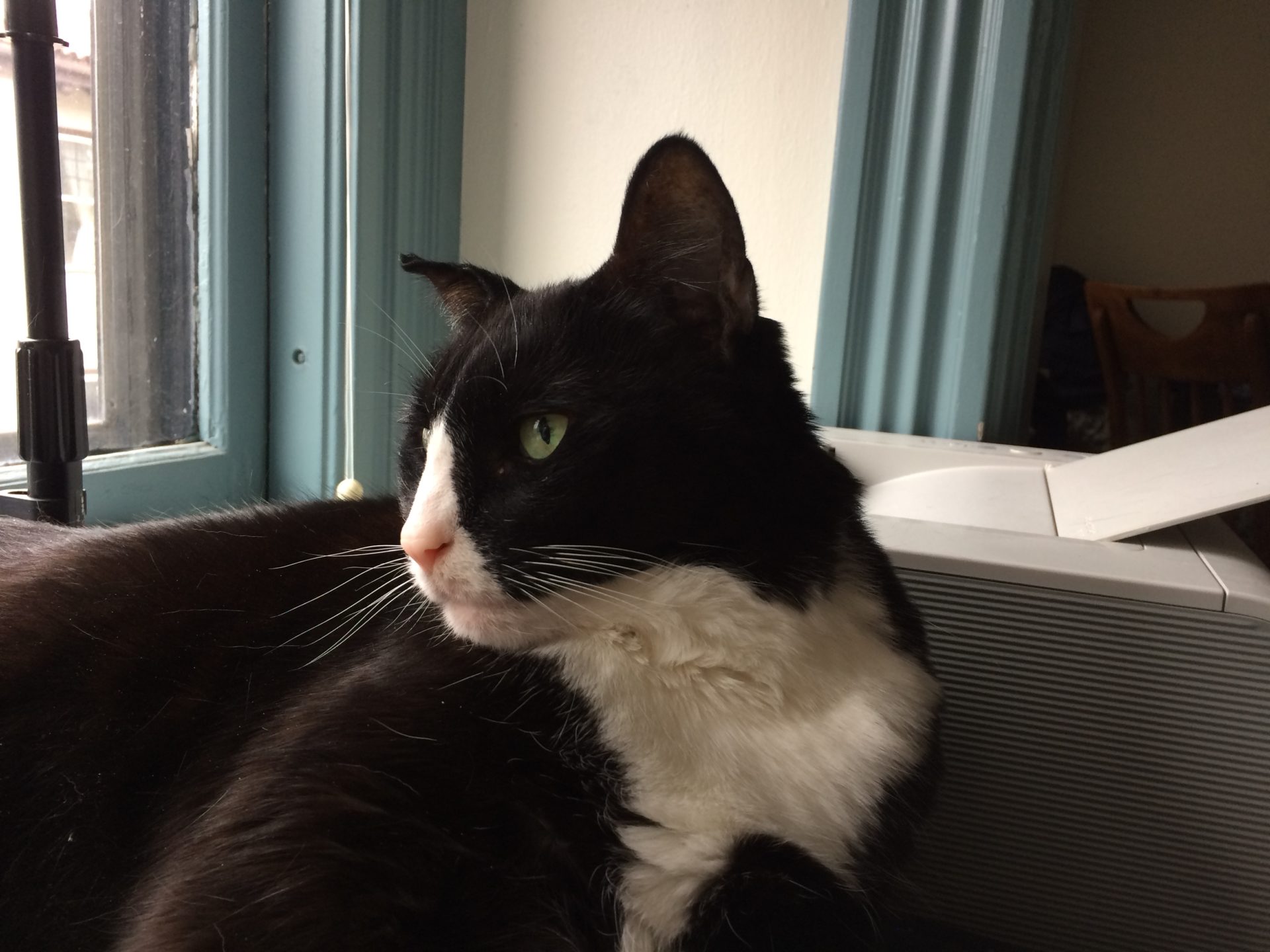 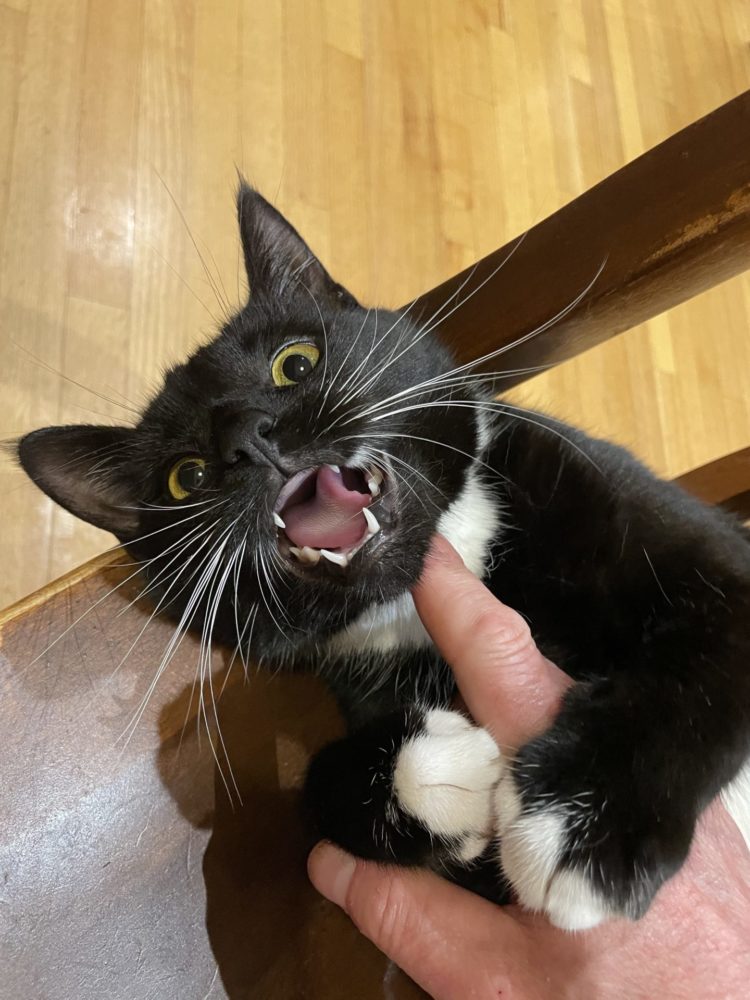 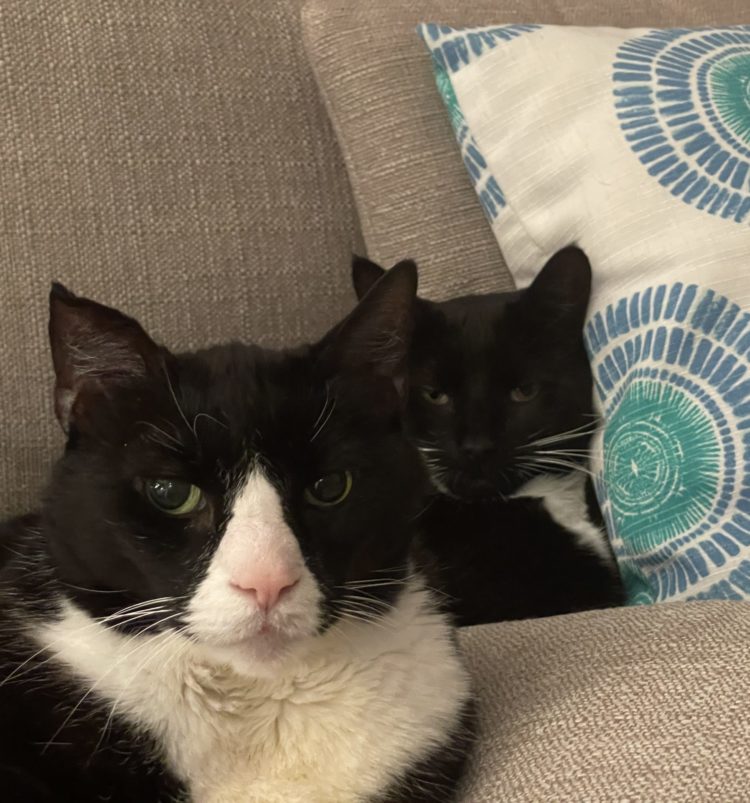 So, a couple of things: Tim is as fine a human in person as he is a sardonic wit and un-bullshit-able thinker in print. I thank him for making the connection here.

John, as has been amply demonstrated over the decades (sic!), has his picture in the dictionary next to the word “mensch.” In addition to all the qualities laid bare in his posts (sometimes literally, as we all know) he’s an awesome blogpost to his front page colleagues: he lets us hang ourselves, and then clean up our own messes. No opinion-slinger could ask for more.

And as for me? I’ve been more absent than present the last few years, for a bunch of reasons. No need to go into all of them. They’re the ones that we all feel, I think: sheer frustration at the political predicament; rage/despair at the endless return of the same on the right; pandemic distraction and loss of focus/productivity/etc. On the personal side, there’s been some health stuff (all either resolved scares or well managed, thankfully), but more decisively, my hopes and plans for my work seem to be ramping up as I reach a point in which my career is much closer to its end than its beginning. I’ve had trouble keeping up my daily schedule on the current book, and the proposal for the next one needs a push, and that’s where the spare writing minutes have tended to go.

That said, I am going to try–no promises–to be at least a little more of a contributor here than I have been. I don’t think I have a ton to offer on politics these days; the front pagers who are making the place hum get there faster and better than I could at the top of my game. So my hope is to add some shorter posts on events that offer an oblique way into politics/society/culture. And I want to do a bit more of what I first came here to do, get some science stories into our discussions, both the science-cool! variety and the stories in which the scientific elements give some insight into the time and place in which they take place. 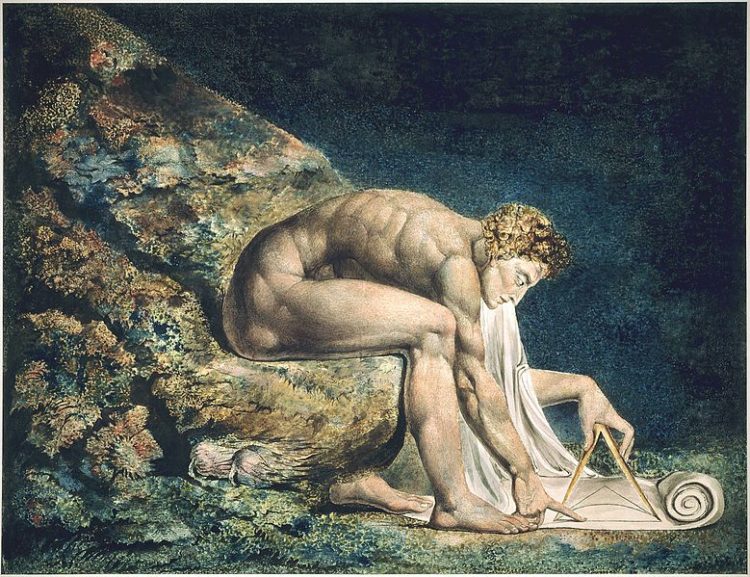 And to start keeping that promise, here’s a gloss on one such tale that straddles both of those themes.

For more than a year, Victoria Gray’s life had been transformed. Gone were the sudden attacks of horrible pain that had tortured her all her life. Gone was the devastating fatigue that had left her helpless to care for herself or her kids. Gone were the nightmarish nights in the emergency room getting blood transfusions and powerful pain medication.

But one big question remained: Would the experimental treatment she got to genetically modify her blood cells keep working, and leave her free from the complications of sickle cell disease that had plagued her since she was a baby?

The backstory:  Gray is one of the first group to be treated with a protocol in which her physicians harvest cells from the bone marrow, modify them using the CRISPR gene-editing technology to produce a form of hemoglobin that could compensate for the defective version that lies at the heart of the disorder, infuse them back into the patient’s body, all in the hope that this feat of genetic engineering will, in effect, reverse the pathology of sickle cell disorder.  Two years ago she underwent the procedure, which is absolutely no walk in the park. (The link immediately above takes you to the first NPR story on Gray’s medical journey. Basically, the procedure takes one down much of the same road a bone marrow transplant requires, which is high on the No Fun scale.)

So how’s it going? Damn well:

“I’m doing great,” Gray, now 36, said during a recent interview from her home in Forest, Miss. with NPR, which has had exclusive access to chronicle her experience for more than two years.

“I haven’t any problems with sickle cell at all. I did get a cold about a week ago,” she says with a nervous chuckle.

Victoria’s so traumatized by a life of sickle cell that just getting a cold still terrifies her. A simple cold had been one of many things that could trigger a terrible attack of the painful symptoms of the disease.

“This is major for me and my family,” she says. “Two years without me being in the hospital? Wow. We just can’t believe it. But we’re so grateful.”

She’s doing so well for so long that she’s officially no longer in the landmark study she volunteered for.

I can’t emphasize enough how wonderful this is. This is still very much an experimental procedure, and it didn’t work for everyone in the trial. But this is what makes the idea of science so thrilling: it is simply the best way we have ever invented for making sense of the material world, to the point that it becomes possible to transform human experience–suffering–for untold numbers of our fellow creatures.  Science is so cool!

And science is always political, social, an expression of a given moment’s sense of what matters.  This story of an utterly practical application of molecular engineering is itself the outcome of decades of work that began as purely curiosity-driven basic research. Science is a cultural enterprise, and a social one.  In the immediate aftermath World War II, the US made a national commitment to funding basic science by, inter alia, establishing the National Science Foundation and other federal research efforts. Individual states, led by my natal California vastly expanded public higher education, creating an extraordinary research infrastructure.

That commitment has been eroding for some time now, and at the federal level, not just under GOP administrations. But in the last decade, at least, and really much longer,  anti-science stances have become part of the Republican catechism.  Naomi Oreskes and Erik Conway’s invaluable Merchants of Doubt traces the roots of this assault on human ingenuity to the McCarthy era, in effect, when attempts to turn the link between smoking and cancer into meaningful public health measures could be framed as an attack on capitalism…a trope that is still playing out in the climate change crisis and, as part of the motivation, opposition to public health measures to help in the pandemic.

My point: as Republicans continue to hold any power, future accomplishments that could help so many remain at risk. Nature doesn’t just roll over and reveal its intricate workings. It takes sustained hard work and the acceptance of the possibility of failure to get to the point where it becomes possible to take some fundamental new understanding and turn it into something that we can use. If you look at GOP stewardship of universities in Florida, Louisiana and elsewhere, do you have any faith that American science will thrive if the party reclaims national power. I don’t.

So, to keep this post well on the under vs. War and Peace, I’ll stop here, with this TL:DR thought: I feel blessed and privileged to live in an age where the drive to understand the mechanisms of life down to the atom-by-atom construction of the stuff of which we’re made has led to the kind of relief of suffering that a functional reversal of sickle cell would offer.  A big part of why I’m a science writer is for the thrill such stories still evoke for me.

And I want to hold this story up as an example of what’s at stake in political contests seemingly far removed from questions like how to manipulate the shape of a hemoglobin molecule.

Happy 20th, everyone. To many more jackal-infused decades.

Previous Post: « Saturday Open Thread: Pets and More…
Next Post: This Party Is Over, But the Next One Is Just Beginning